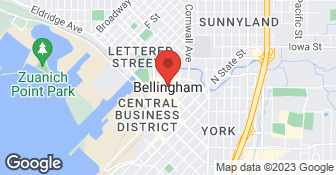 At Evergreen Home Exteriors we are all about our customers. Our philosophy is simple. We give customers the kind of experience we ourselves would want. Everything we have learned about customer service has been from our experience as customers and feedback from our customers over the past decades. We have developed a seamless communication system that allows our customers constant access to their project, no matter what phase of the process they are in. If you are tired of the mediocre service that has become the new normal, then give us a try! We will make you a customer for life!!  …

With over 25 years of professional roofing and siding experience. Miguel General Contractor's is a family owned company that was founded because we know there is a need for superior workmanship and care in today's market. The roof of a home provides comfort, security, and safety from the elements it's the heart of the home. We guarantee quality, integrity and customer service marked by honesty. Our goal is to ensure a job well done and exceed your expectations of superior service. Contact us today, for a free roofing inspection! We look forward to servicing you!  …

Great did a fantastic job

These people are apparently too busy to take new work. I tried contacting them through their website. No response. I called and was told they do not monitor their messages (then why have this part of the website). They said they would get back to me within a day and never did.

After being referred by a friend, we choose to use Z Construction for our custom home remodel and restoration project. They performed exceptionally throughout the project meeting our scope, timeframe, and staying within our budget. Quality workmanship and good communication from start to end made us happy with the end product!

Description of Work
Zender Construction did not build to code, charged for services not received and double charged for many services/supplies. The end result was a shambles and had to be settled through a lawsuit.

We ended up in court which is commom for Mr. Zender. He has had more lawsuits than any contractor I have ever heard about and in fact, is the most infamous contractor in Whatcom County. My situation was featured on KIRO NEWS Channel 7 with Amy Clancy.

Description of Work
He performed poorly and unprofessionally. Did not obtain the proper required permits and built a two story home without attaching the house to the foundation. Sloppy work had to be redone. Substituted lessor models for ones I paid for. Double charged and over charged. He even charged for services not provided.

Didn't end up using this company.

Description of Work
Didn't end up using them

Z Construction did a horrendous, unprofessional job. They removed the entire roof and left the house sitting exposed to rain and snow all winter. Perry Zender clamed under oath that he did not cover the exposed house because covering it was not stipulated in his contract!!!! He then rebuilt my home without the necessary permits and code compliance. He double charged and also charged for services not performed. Without a framing permit Z Construction rebuilt the house on the fly with numerous engineering and construction defects. Perry Zender substituted a lessor model furnace for the high efficiency model contracted for and pocketed an upcharge of over 100%. The entire new house was not attached to the foundation nor built code compliant. Perry Zender tried to deny that he had removed all the walls until he saw I had photos of just the remaining floor. Professional building inspectors and engineers including those of Z Construction testified that the building was subpar and at risk for collapse in extenuating circumstances such as a mild earthquake. The claim was settled last year in arbitration with Z Construction paying more than $300,000.00 for defective building, my attorney fees, and their own. KIRO TV in Seattle did an investigative news segment on the building of my house and is currently being provided with all documentation for an update. While Perry Zender denied responsibility during the arbitration, he had already filed lawsuits against six of his sub-contractors in Whatcom County Superior Court the month before arbitration began. Ironically, some of those sub-contractors have contacted me to help deal with the lawsuits filed against them by Perry Zender.

Description of Work
Z Construction was hired to do a fire remodel. I used them because they were working as a preferred contractor for my insurance company USAA so I was promised a double guarrantee. They were hired to do the fire restoration and add a garage with bedrooms above it. I was told they were experienced and professional but neither was true. They disappeared from the jobsite for weeks at a time and during depositions Perry Zender claimed to have no knowledge of who his foreman or workers were on this job. Three robberies occurred at the jobsite which were attributed to a Zender worker who was discovered by the Whatcom County Sheriffs office attempting to pawn the stolen items at a local pawn shop.