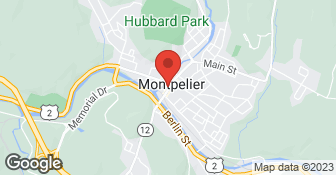 RGS Energy (formerly Real Goods Solar) has been bringing clean energy solutions to homeowners, businesses, schools, governments, and utilities of all sizes since 1978, when it sold some of the first retail solar panels in the U.S. With eight offices from coast to coast and over 22,500 solar energy systems totaling more than 235 MW installed, RGS Energy is one of the oldest, largest, and most trusted clean energy EPC providers in the country....

We specialize in the electrical work of residential property remodels, upgrades, and additions. Quality work at reasonable prices, workIng with our customers to find what works for them. We take a lot of pride in the jobs we do, as well as giving the customer the outcome they want. We both have be in the trade for over eight years, working with companies and independently.  …

Description of Work
Paid $1000 deposit. After site inspection, no communication. When I finally made contact (June-ish), was told that they couldn't do the job (had talked me in to ground mount, which needs some trenching.) Asked for refund of deposit, repeately, my contacts keep saying they're refering my request to the appropriate persons, but no refund. Ended up going with a different provider.

I purchased my 5.3 kW solar PV system from RGS Energy (then called Real Goods Solar) in 2011. I chose them based on their stellar reputation, long history and extensive experience in the solar business. I figured they were doing it long before the government subsidies, and would likely survive after the subsidies stopped. Time will tell... Unlike the other companies I met with, the RGS salesperson wasn't a kid. He had solar on his own house and could answer any question I threw at him. Their price wasn't the absolute lowest, but they had better equipment with a longer warranty, and my local electrical inspector said they did the best work he had seen. I've learned the hard way that the "lowest" price is definitely not the "best" price. My only gripes are that the process took longer than I expected, and communication wasn't always great (maybe it was a busy time). However, the installation crew was fantastic. They were able to hide the conduit by running it inside my house through the closets to the breaker panel in the garage, and everything looked great when they were done. Fast forward to today, 4 yrs later: Everything has been working flawlessly, I have not paid an electric bill since 2011 (I have a $172 credit at the moment), and the system has nearly paid for itself already. I'm looking forward to another 20 or 30 years of free electricity from the Sun!

Description of Work
We used RGS to install solar panels.

I would give them great reviews in all aspects. I had shopped around, and they had the best deals financially, and were super responsible. They did a super job. They also had a choice between leasing and buying, which most companies don't. That was another reason why they were better. The job started out last summer, and finally finished in February. The work was good. I recommend them highly.

Description of Work
I got solar panels from them.

It wasn't too much after all the rebates. They were a fantastic company to deal and work with. It was the best thing we've ever done. The price was very good. We ended up paying half of what our electric is. Their responsiveness was fantastic. We couldn't have asked for more. They were wonderful. We do recommend them.

Description of Work
They installed solar.

Basic install went well but there are problems with the wiring workmanship. I tried for over a year to get them to fix it then finally did it myself. They were also not fully informed regarding how the state and federal rebates worked and the tax implications of same. It ended up costing me almost 1000 more out of pocket than it was suppose to. The good news is the system works great and I'm saving a fortune!

Take control of your electricity bills with a low, fixed rate on clean power from RGS Energy (formerly Real Goods Solar). We offer easy, affordable renewable energy solutions including solar power system design, installation, rebate acquisition, and more – all tailored to your energy needs and goals. With purchase, lease, and financing options available, there’s a great chance we can reduce your bills with the kind of clean energy you’ll feel great about using.