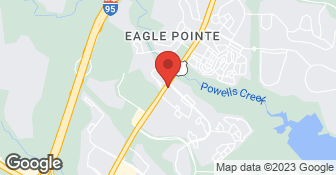 We do the best appliance repairs all wood-bridge VA has seen! We know money is tight these days and that is why we GUARANTEE YOU the lowest price anywhere! We are committed to providing the best possible service at prices you can afford. We offer same-day service at no additional charge for evenings or weekends. Our appliance repair service is 100% guaranteed to satisfy your needs

Description of Work
Made a reasonable diagnosis of the appliance, and suggested that we purchase a new one.

What a nightmare. Overall experience was beyond lousy. Do not use this company- Where to begin. On July 17, 2014 we had an Appliance Repair LLC repair person to our house to give us an estimate to fix our dryer. We were told that our dryer needed a new ignitor and gas coil- The repair person, wrote an estimate of $335 dollars that included "estimate/parts and labor." 59 We agreed and the repair person said that they would get the part and call to reschedule an appointment. After 10 days with no word we called and were told that the repair person could not find the part and that we would have to find it on our own. I asked when they were planning to call me as it had been 10 days and they apologized and said "someone should have called you." So- We order the part, it arrives and we call the company and alert them to that fact and schedule to have the repair person come back on Saturday August 16, 2014 to assemble the new part for the dryer. The same repair person arrives and tells me that we need to order the part. "No," I said, "we ordered the part and here it is"- and show him the part. The repair person says "yes, that is the part but I need help, this is a two person job." I said- "But you came here and gave me the estimate, you must have known it was a two person job at the time?" "No, I came here today to tell you that you need to order the part- I was not told you had already done so and we need to schedule another time for two of us to come out to replace the part", said the repair person. I will spare you the back and forth that day with dispatch. I scheduled them for Monday August 18, 2014. Monday comes- dispatch calls to confirm they are sending someone out to my house Tuesday, August 19, 2014. "What happened to Monday?" I asked. "No sir, we have it for Tuesday between 4pm and 6pm" I will spare you that give and take again with dispatch. Tuesday I get a call from dispatch to schedule service to come to my house- I said "They are coming between 4 and 6pm today"- "They are? -- Dispatch checks- "No" said dispatch- "they are coming between 2 and 4pm today" -- I head home to be there at 2pm. 4:30pm Houssam and his colleague show up-- and thankfully, the dryer - over a month after the intitial service call- is fixed. But wait- There is more-- Final total:bill with parts ($170) -estimates (60) and labor ($229): $459. "I said that the estimate was $335, how can that be?" The repair person said "sir, we needed two people for the job, that estimate was for one person"- "But, you were here and you were the one that gave me the estimate. Why would you not have known it was a two person job when you wrote the estimate?" I asked. "I don't know" was his response. So- Be warned- At best these guys are somewhat incompetent, cannot communicate and drop the ball. At worst, they operate some questionable business practices- I feel like my time was wasted waiting for them and they did not seem to care and that I was cheated at the end and overcharged .

Description of Work
Replaced ignitor and gas coil for an LTE dryer.

We are a total home comfort services company that can handle everything from heating and air conditioning to duct cleaning and insulation. Our healthy home comfort specialists have the knowledge and skills to provide thorough service for every inspection, repair, or replacement of your home's heating, air conditioning, water heating, and indoor air quality systems. We pride ourselves in building a relationship with you, as the difference between a good company and an excellent company is the SERVICE provided, including long after the first call. With over 20 years experience and workmanship that is second to none, we are confident that we will keep your home comfortable and the air you breathe clean at all times!  …

Appliance Repair Woodbridge VA is currently rated 1.7 overall out of 5.

No, Appliance Repair Woodbridge VA does not offer eco-friendly accreditations.

No, Appliance Repair Woodbridge VA does not offer a senior discount.

No, Appliance Repair Woodbridge VA does not offer warranties.