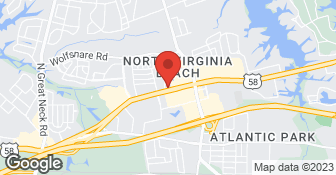 At Chantel Ray Real Estate we want to change the way real estate is done in our country. It's kind of like Apple wanting to change technology. At other big companies -they call themselves "franchises" but they are truly just brands. A real franchise provides a consistently excellent customer experience each and every time. Other companies – their target market is the agent, not YOU, their client. We have a higher standard here at Chantel Ray Real Estate. As stated in our mission, we vow "to glorify God by putting our clients' interests above our own…" Did you know we have a love it or leave it guarantee? If you don't love the house that we sell you within the first three months, we will sell it for free. We have a live agent in the office 8 am – 8pm every day so you can get your questions answered and your home will never miss a showing call. And after hours, we have people answering phones late into the night so you'll never speak to an answering machine. We guarantee the most effective marketing over any other company. "Average Joe Real Estate Agent" doesn't have the $36,000 a month we spend to market your home. Also, you'll never be stuck in a contract – if at any time you're not happy – fire us! We understand you have options, that is why we are always excited and thankful for your business!...

Last week, Chantel Ray contacted my wife, an owner agent, about our house on the market. She was brash, abrupt and rude about setting an appointment. She initially gave a 6 hour window and when we asked for a smaller target she was unable to comply (poor organization?). Then she failed to show up or call. The next Saturday, she again called and wanted to show the house. Again a 5 hour window, again my wife asked that it be narrowed. Again Chantel was very rude and condescending; telling us she could give us 5 minute notice. My wife had been sick all week with the flu bug going around and called back to say that this was not a good day to come. Chantel replied that if we were not interested in selling our house, that was fine with her and she hoped it never sold. It is impossible to contact her directly as her "direct number" goes to an assistant. I suggest you stay away from this one and her "team." I would hate to have her representing me to prospective sellers.

Description of Work
Chantel is real estate agent from a small kiosk agency in the mall.

Insured
All statements concerning insurance, licenses, and bonds are informational only, and are self-reported. Since insurance, licenses and bonds can expire and can be cancelled, homeowners should always check such information for themselves.To find more licensing information for your state, visit our Find Licensing Requirements page.
General Information
Free Estimates
Yes
Eco-Friendly Accreditations
No
Payment Options
Check, Visa, MasterCard, American Express, PayPal
Senior Discount
No
Warranties
Ask for details

No, CHANTEL RAY REAL ESTATE TEAM does not offer a senior discount.

No, CHANTEL RAY REAL ESTATE TEAM does not offer warranties.