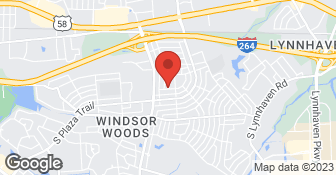 Bug-Masters, LLC, has over 12 years of experience dealing with all types of pest control. We are extremely reliable and do offer emergency services. We take pride in assuring that your needs are taken care of. We are able to provide all of our customers with reasonable pricing, quality workmanship, and professional service. We are sure you will find your experience with Bug-Masters, LLC, to be a very pleasant one

I started using Bug Masters LLC in 2014. As a customer, I have been pretty satisfied. Through the years, a friendship formed. I went to work for Jon recently, I walked out just under 2 months of employment. Yes, walked out, because Jon told me that if I didn't like what was going on, he was in a very heated discussion with his VP, his mother, that I could leave and turn in my resignation. Jon was so loud that the whole building must have heard him. Jon was not only unprofessional, unruly, but belligerent as well, not only this incident, but numerous times before. Jon is not only like this with his employees, but customers as well. So, what you have read from other reviews about Jon Tari's attitude is correct. If everything is going well, he is a kind and generous man. However, if you disagree with him, he is VERY confrontational, and he even admits it. I have cancelled all my services with Bug-Masters LLC. As per the pest and termite contracts, I sent the cancellation letter via certified mail. I was called by the Vice President, Sharon Geisinger, whom is Jon's mother, that Jon wanted to come out and remove the bait stations and rat stations but he changed his mind and decided to just leave them there. First, I paid for those termite bait stations and secondly, I did not request for them to be removed. Nowhere in the original contract, nor the new updated and stricter contract sent out on 5/18/21, did it say, if I cancelled, the bait system would need to be removed. The rat stations were recently placed and since I was an employee, Jon did remove the charges from my account. I expressed to Jon that I did not have a problem paying for them, like every other customer. It was his discretion not to charge me. After hanging up with the VP, about an hour later, I received an automated call stating that the technician would be out to service my address the next day. They never came. I sent out another certified letter, to protect myself, stating that I have fulfilled my contract, there is a ZERO balance and I wanted no further contact from Bug-Masters LLC in regards to the contracts. Behold, I get a letter from the company signed by all the employees. Now I am told I should have called him about my concerns. Jon was so gracious not to bill me for the rat stations. That was his choice, I made it clear that even though I was an employee, I would pay for the services. He chose friendship over pettiness; I think he is worried I will write a review of what he is like. He wanted to ensure my property was protected. I recall the bait stations being placed in the beginning of March but I was being a "pain" about asking about them checking them. Jon turns things around to make the other person look bad. Please take time to read the comments prior to mine, take note the dates, how the reviews are written, and the responses from Bug-Masters, they speak for themselves. You may want to take a screen shot of this review, I am sure that Jon will say that this write up is illegal in some way and want it taken down.

Very rude, chemicals do not work, would not treat entire property but charged for complete treatment on countless occasions. Never called to say he was coming, would just show up. Very crooked owner lies constantly and very demeaning towards women.

Very friendly & they came the same day that I called. The office was great. No Problems.

Founded in 2004 by Thomas M. Mares, a lifelong Peninsula resident, Mares Exterminating Co., LLC absorbed the assets of Munn’s Pest Control in 2007 making it one of the larger pest control companies on the Peninsula. The company continues to grow by offering quality solutions for homeowners in a friendly, reliable manner. We take great pride in our employees, and believe that they are among the best the industry has to offer. Each possesses honesty and integrity and has an exemplary work ethic. Our goal is to do the best for our customers because we want to be: Your Pest Control Company For Life. Because the company is young, it is vibrant and energetic—embracing new techniques and technologies. Continual education for all employees is stressed and every route technician has the VPMA (Virginia Pest Management Association) Master Technician certification. All termite inspectors are “Certified” by the VPMA as well.  …

Crawl Masters is a locally owned and operated business that has over ten years of experience in the crawlspace and pest control industry. Crawl Masters is licensed and insured.  …

2016 SUPER SERVICE AWARD WINNER!!! We are locally owned and operated in Hampton Roads/Tidewater area of Virginia. We provide commercial and residential Termite and pest control service. Our company offers thorough pest analysis inspections with no obligation to a long term contract. If you have any pest questions please don't hesitate to ask, we'd love to hear from you!  …

How is Bug-Masters LLC. overall rated?

Bug-Masters LLC. is currently rated 2.3 overall out of 5.

What days are Bug-Masters LLC. open?

No, Bug-Masters LLC. does not offer a senior discount.

Are warranties offered by Bug-Masters LLC.?

What services does Bug-Masters LLC. offer?

Are there any services Bug-Masters LLC. does not offer?