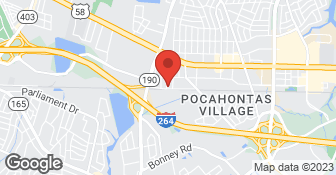 Due to manufactures warranty, we only install and repair flooring purchased through our company. Whether you need us to make old and neglected hardwood floors new again or need new hardwood floors installed for the first time we’re here to help. Stairs and handrails or laminates and tiles. We will design and install the perfect floors for your home. We’ll talk to you about your lifestyle, your living space and your budget and then help you pick out the right flooring for your home. Anderson Flooring Inc. is a second generation business built upon values of integrity, accountability and long-term vision. We recognize the importance of customer service and strive to exceed the customer’s expectations on every job. It’s our honesty about the flooring products on the market today and the fact that we have always done our own installations that people in the community talks about the most. Read all our testimonies here on this site or on the web, you will find hundreds of comments from satisfied customers. The more research you do the more likely you are to choose us for your home project. Call to set up a time with Ryan or Duane in the show room to see and to learn about the flooring products . Sales & installation of Solid hardwood, Laminate, bamboo, cork, ceramic, porcelain tile, amtico & VCT, Stairs and railing, Sanding & refinishing of Hard wood floors with complete dust containment, Trim and molding, Complete bathroom and kitchen remodeling. Hardwood stairs, stair remodeling, stair refinishing...

We have the experience and dedication to bring your dreams to reality! Specializing in interior and exterior painting, where we guarantee your satisfaction and we won’t leave until the job is done right. We pride ourselves on the quality work we provide, while delivering great customer service! Check out our services offered and call or click to schedule a free estimate today!  …

It was very good. They were professional.

Andersons could not do the work but sugested Cecilia's home repair. The job is almost complete. none of the Angies list suggested hires wanted to do the work. Tile work was good and am waiting for Atlantic Glass to call me

We appreciate the feedback. Unfortunately as explained to you, we do not handle the type of grouting repairs that you requested therefore we provided the best company for your specific need and it sounds like they were able to complete your work request.
5.0

I used Anderson a few years back to install my hardwood floors, and overall I was extremely happy with the finished product. I didn’t have any regrets, and I came away knowing that if I did have any issues with my floors in the future, they would be my first call. Fast forward two-plus years, and I did have what I considered to be a relatively minor issue. I had a small dishwasher leak in the kitchen over a period of 24 hours, and it warped or caused water damage to eight of the engineered hardwood planks. I called Ryan, the owner, and he sent someone out to look at my floors and give me an estimate. We walked through the process of removing and replacing the old boards, was assured it was simple, and I was provided with a very reasonable estimate. The company even tracked down the identical flooring, despite the fact that it had been discontinued. Once I agreed to the price and the work, things began to fall apart. It was impossible to get anyone on the phone to provide a deposit and schedule the work. I called almost daily and left messages. I sent multiple e-mails. The receptionist was consistent in her response regardless of how many times I called—“Ryan will get back to you within minutes.” He never did. After 10 days of phone calls and e-mails, I called one evening after closing hoping a voicemail message might be more effective. To my surprise someone picked up, apologized for the communication issue, took my deposit and scheduled the repair work to be done for the following Monday, as long as the wood arrived on time. I asked that they call a day or two prior to let me know one way or another about the arrival of the wood. I didn’t want to take a day off work if the repairs weren’t going to happen. They didn’t call. I called and left a message Saturday and texted on Sunday. No response. I rolled the dice, crossed my fingers and took the day off. That morning I did get a call from the man who would be performing the work. He was surprised that I didn’t already have the wood at my home but said he would track it down and arrive between 8:30 and 9 a.m. He called at 9 a.m. to let me know that he had just “found” the wood and would be arriving a few minutes late. He showed up two-plus hours later at 1115. The moment he walked in the door he began telling me he didn’t think he was comfortable making the repairs—wasn’t sure if he could do it. He hadn’t even looked at the floors yet. When he did, he said no he didn’t feel comfortable and called the owner. Ryan made excuses about the mix up—said the guy thought it was locking tongue and groove and not floating. He said the guy who came out to give me the estimate wasn’t available today and told me he’d get a hold of another guy who worked on the original install to see if he could come out and do it. I didn’t hear anything back … for three hours. I called Ryan back, and he immediately went back into excuse mode. Despite his lack of follow-up, he blamed everything and everyone but himself. He offered to reschedule the work “at my convenience,” but I had completely lost confidence in the company, its owner, its communication and its processes. I also couldn’t take another day of work. I went to Home Depot and purchased a couple of tools and spent the rest of the evening removing and replacing the old planks. I watched a few YouTube videos to make sure I felt comfortable making the repairs myself. It took me a couple of hours longer than I expected, but the work was pretty straight forward, and I saved myself some future frustration with Anderson. This is a company that does great work, but from my experience, just about every other facet of managing a company, particularly their customer service, is extremely poor. I can no longer in good conscience recommend this company. Do yourself a favor and look elsewhere.

Everyone at Anderson Flooring was wonderful! We had a really difficult situation in which we had an ongoing roof leak for 7 months. The roofers we hired could not locate the leak and were scheduling out really far which made installing this tile even harder. Anderson Flooring worked with us through the whole thing and produced a beautiful final product. I could not be happier with the tile and the service we received!

Anderson Flooring has expert craftsman employees. First the stair experts came and replaced the stairs. Perfect workmanship. Paper-thin tolerances. Next came the sanding and stain guys. Again, quality work. Next came the floor installer (Brian) and over four days he removed the carpet, prepared the floor, and installed about 800 sq ft of Lauzon red oak hardwood floor, plus trim, in three bedrooms, four closets, two stair landings, and a hallway. The workmanship is impressive. We're very satisfied with the results. Ryan Anderson also arranged to have a final coat of finish on the stairs on a Saturday so we could move in the following Monday.

Great on call back However Price was Extremly TO HIGH COMPARED TO 3 others. Quote $2000.

It was very well done with only a day or two delay to finish the work. The workers were very professional, polite and kept me informed each day of what they were doing. Our floors look terrific!

Very positive experience beginning with a visit to their showroom. Lots of choices and good information to inform our decision on which hardwood flooring to go with. Followed up with a home visit in which they brought several options. Worked well with us to find a date for installation that accommodated our work schedule. Installation crew (Robert) was very professional and courteous. Did a great job on the installation, cleaned as they went, and cleaned up at the end before replacing the furniture. Even carried the extra boxes of materiel upstairs to where we wanted it stored. Would hire this Company again.