A & A WALL & CEILING REPAIR 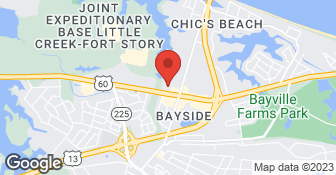 2 EMPLOYEES. NO SUBS OR HELPERS. COST IS DETERMINED BY THE JOB. NO TRAVEL CHARGES. NO SERVICE FEES. NO MONEY DOWN ON ANY JOBS. COMPLETE DAILY CLEAN-UP ON JOBS LASTING MORE THAN ONE DAY....

Allan was phenomenal!! He is professional, meticulous, amazing to work with on our difficult project. He is honest , hardworking and we can no be more pleased with his work. He is very knowledgeable and impeccable with his work and his word. He finished a job in a week and you would never know he was there each day he worked!! Only remnant of the day was the work he did that day... which was fantastic!! He has excellent craftsmanship and he stays busy!! Thank you you for a job well done!!!

I contacted Allen regarding numerous wall cracks on walls of my home due to utility construction in front of my home. He came out to examine the damages taking notes along the way. This was on April 7th and he told me he would have an estimate in a few days. After not hearing back, I called today (April 21) to find out if he had an estimate and why I did not receive any communication in 2 weeks. His response was “I can’t do it, a buddy that was going to help retired”. He added that “it’s too much and I just don’t have the time”. A timely phone call to let me know he would not be able to do the work would have been nice.

It went very well,very professional, He vacuumed my hallway and living room after the drop cloth was removed. He left the bedroom cleaner than he found it. The ceiling looked great and also his paint job was just as awesome.

Description of Work
They removed my falling ceiling in a bedroom. They cut it in sections and carried each piece out.Put the old insulation back up after new ceiling was installed. He came back the next day to paint the ceiling after the plaster had dried.

It went well. They returned my call quickly, completed the job promptly, and they did excellent work.

Description of Work
They relocated my ceiling fan, and they replastered and repainted after the relocation.

A & A removed the ceiling the first day, installed and plastered the ceiling the second day. A & A cleaned up each day; were prompt; finished the work as promised; the amount quoted for the job did not exceed the final bill. Alan & Alan were very professional. I would use them again for any repairs and recommend them to my family and friends.

Description of Work
Bedroom ceiling (heat coils were in the ceiling) was removed, a new ceiling was installed and plastered.

I left a message on a Tuesday, they called back within 15 minutes and were here within the hour to give an estimate. They performed the estimate and were very friendly. A few hours later I called and scheduled an appointment for Thursday the same week. They arrived on time and completed the work on both walls within an hour. Excellent work. They were thorough and left no mess behind. I was pleased with their overall performance and will definitely call them back for other work I may need done.

Description of Work
They repaired / plastered walls that were damaged due to water.

Excellent. They arrived on time to provide an estimate & to do the work. Friendly, offered advice on other areas of the house. Cleaned up after the job was done.

Description of Work
Repair & replastering of bathroom wall. There were several uneven areas that they smoothed out.

After receiving estimates from other companies ranging as high as $7,000.00, I was becoming discouraged about getting this very necessary work done. When Alan came out, he estimated between $1,000.00 and $1,500.00 for the job. I was a bit concerned due to the difference from the other estimates but he displayed extreme professionalism and appeared to very much know what he was talking about. I hired he and his work partner, (both named Alan - thus the A + A name!). They were prompt and reliable. Fun, interesting, intelligent and knowledgeable guys. I would absolutely recommend them to anyone!

Description of Work
They repaired extensive damage from some bad water leakage in several walls and a ceiling. They completely resurfaced two of the walls. Then they repainted the whole area. When they finished, you truly could not tell there had ever been a problem. The entire job was completed in two days.

A & A WALL & CEILING REPAIR