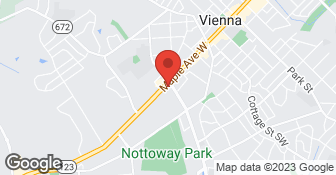 Full in house plumbing service and repair company with a walk in retail store location....

I had another company hired to replace a garbage disposal. The tech removed the old unit and only then realized that he could not connect the pipes to the new unit. So he admitted defeat and told me to call a plumber - leaving us with an unusable kitchen sink! Luckily, Booze was able to quickly arrive, professionally connect the new disposal, and get us our sink back. As is typical of our experience with this company, the tech was professional, courteous, and fast!

Plumbers showed up as scheduled. They listened to my concerns, explained what they were going to do to fix the items and the approximate costs. All repairs were done in a timely manner and I've had no recurring issues. Very pleased and excellent service!

I called Booze Plumbing at 8:30 on a Friday morning with an emergency repair and they were at my house by 10:30. The repairman, Miguel, diagnosed the problems quickly and replaced and repaired the toilet within 45 minutes. Everything was done quickly and the toilet works perfectly now. I would call them again for repairs.

Description of Work
Toilet repair and water intake replacement. My toilet started leaking water out of the bottom of the tank, and the intake valve to shut off the water to the toilet would not close completely.

Able to come out to house the day after initial call, which was good. Snaked and flushed drain. Then told us we would also need a new faucet, as the under sink hose was leaking. We had no leaks under the sink before the work was done. I called Booze that night, left a message on weekend answering machine, asking for a manager to call me back. A week later, I have heard nothing. Seems like a very expensive snake and flush, and now we have a leak we never had before. Not impressed with quality of work, or with lack of customer service in follow-up to a concern.

Description of Work
Our kitchen sink backed up, after putting some thick food down disposal.

I worked with Booze to repair a leak that caused an HVAC fan motor to break -- water was leaking from a deep part of the house, onto my fan motor, causing the fan motor to malfunction. The transaction went well...no problems. And Booze was able to come out to my rental unit on a moments notice. Maybe I got lucky! They worked with my tenant to adapt to the tenants schedule and were courteous and professional the whole time.

Description of Work
Repair a leak

The plumber arrived on time, diagnosed the problem, replaced the appropriate parts, and tested to ensure that the faucet was indeed fixed. My only real issue was that I thought it was somewhat expensive especially as since he was fixing the same problem for my next door neighbor. However, in all fairness, I did not have an appointment with the company (my neighbor sent him over to me) he used the parts I needed when he fixed my neighbor's problem and then had to go back to his shop to restock. Bottom Line: Excellent work and responsiveness, albeit a bit expensive.

Technician did a fine job in completing the work. Took him less than 15 minutes. The issue that I have and why I put a D on price was they charged me $250. I did call in the manager to discuss the reality of the value of work performed ($155/hr plus supplies). I get the $155 and would spend the $25 for a foot of pipe and some connectors. But I find 250 to be overboard for work performed. I called in the manager refused to budge 'It just is what it is. we have to pay for the roof over our building'. I don't understand that. Isn't that were the $155/hr goes? Again, The work was fine but be aware of the high costs. I will not use them again.

Appreciated his experience & he arrived earlier than expected.

Installation was professionally done with explanation of all additional work necessary. JR is a master.

Relax Air is a fully insured and licensed heating and air conditioning firm in Ashburn, Virginia, composed of Master Technicians led by Kamal. He and his team provide round-the-clock emergency services for residential and commercial customers, including those in the Iranian, Arabic, and Palestinian communities. With more than 25 years of experience in providing air conditioning services, Kamal takes pride in making customers feel good about his company. He does this by giving them quality and honest services at great prices. His services are approved and recommended by the Loudoun County Fire Department.  …

We are a total home comfort services company that can handle everything from heating and air conditioning to duct cleaning and insulation. Our healthy home comfort specialists have the knowledge and skills to provide thorough service for every inspection, repair, or replacement of your home's heating, air conditioning, water heating, and indoor air quality systems. We pride ourselves in building a relationship with you, as the difference between a good company and an excellent company is the SERVICE provided, including long after the first call. With over 20 years experience and workmanship that is second to none, we are confident that we will keep your home comfortable and the air you breathe clean at all times!  …

How is Booze Plumbing overall rated?

Booze Plumbing is currently rated 4.8 overall out of 5.

What days are Booze Plumbing open?

Are warranties offered by Booze Plumbing?

No, Booze Plumbing does not offer warranties.

What services does Booze Plumbing offer?

Are there any services Booze Plumbing does not offer?