All Work and No Play Inc 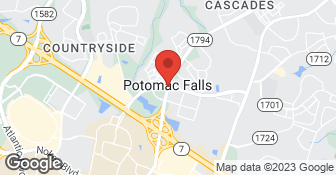 I don't know where to start. Like the other reviewer said, we hired him to fix the drywall in our kitchen since some water was leaking from our toilet.He looked honest and was ready to do work on thanksgiving day. Then started his drama to go out to get materials one at a time. He smokes,does not come to work on time and just charges lot of money in fixing things that might not be broken as well. The work was done in Nov 2011 and i am writing this review in Oct 2012 because the kitchen is beginning to leak again and numerous attempts to contact christian has been in vain and if picks up phone, he does not come home. Do yourself a favor.PLEASE DONT WORK WITH THIS GUY.

Description of Work
Christian worked on drywall repair in our kitchen,fixed a leaking a toilet and did some caulking work in Nov of 2011. The kitchen drywall was horrible and water is leaking again from toilet just in 8 months.

Troubled, dishonest, unreliable and irresponsible. We hired Christian for our total bathroom renovation because he made a good impression of an honest, hardworking and knowledgeable contractor. He also had good online reviews. The guy desperately needed a job (he was willing to start immediately even though it was one day before Christmas, and we have no materials ready to start the job), so we decided to hire him. He was no more affordable than other contractors, in contrary of the self-description on his website, but I thought a person who needs a job would care more. Wrong. He requested to pay him 1/3 of the total before he started the job, which was OK with us. We trusted him, and wrote him a check upon his request. He quickly figured out that we were nice people, and would be paying him whatever he was asking for. I began ordering materials and supplies: tiles, faucets, sinks, toilet, bathtub, cabinets and so on while he was doing demolition and disposal. When the demolition was done, he made a wooden base for a new shower (nothing else was touched at this point), and said that he was ready for the tiles, so it was time to pay him another 1/3 of the total. We could not understand why he needed the second draw so fast, he even did not need to buy the materials; the price he gave us was for the labor only (some plumbing supplies like pipes were included in the price, but everything else drywall, calk, grout, paint and so on were on us), but we paid him. After that his attitude toward our project significantly changed. He began experiencing “personal problems”. He did not show up for a week because he was doing another job, which he was afraid to loose. He stopped calling us to let us know whether he was coming, or not. After a week of absence, he showed up and worked for one day. Next day he came at 11:00 am and left at 11:30am to go to Lowes to “pick up some things”, then disappeared. Meanwhile, a sub-contractor guy who had been hired by Christian for the tile job kept working on the shower and had no idea why it was taking so long for him to come back. Around 5 pm the sub-contractor guy informed us that Christian called him, and said that his car had broke beyond repair, so we had to wait again for him to resolve this new issue (as per Christian’s website, he covers a large area and takes jobs anywhere between DC and Richmond. If you are willing to drive that far, you have to have a reliable transportation, which he did not have). In two days Christian showed up, stayed for a couple of hours, did some minor work then told us that he had left his tools in somebody’s car, so he was unable to work. He left and got missing for a couple more days. Every time we had to call him and asked what was going on and when we should expect him to do the job he was hired and paid for. The sub-contactor guy was constantly held back with his part of job since the bathtub was not installed, and he was unable to put tiles around the tub. Many important things were poorly or improperly done. He had trouble installing the bathtub faucets stating that he was unable to read instructions due to having ADHD and being dyslectic, but there were plenty of pictures to look through. Also, after removing the old shower inner walls, Christian had to fix the holes in the ceiling. Now we have the ceiling gaping out in two places (not flat like it supposed to be) due to the wooden boards used to cover the holes being too thick. Every time he showed up he kept complaining about how far he had to drive and how expensive his rent is. It was 40th day since he started our project, when he requested to pay him a half of the last 1/3 because he desperately needed money to pay his rent. The job was about 50% done with everything being unfinished: bathtub and shower without faucets and only partially grouted, partially done electric job, partially done drywall, no floor, cabinets, sinks and toilet installed, no walls painted. We told him that we could pay him after he installs at least the floor and cabinets, and over $6000 that we already paid him should be enough to cover his expenses, and what we were paying him was for his job not for his rent. He got extremely mad and left. In a couple of days he called us and offered to come and finish the job. We refused. It took 2 months for us to finish our bathroom. We did not hire anybody else, and did everything by ourselves by working on weekends. I wish I could post the pictures of how our bathroom looked like when Christian left us, and how it looks now.

JuanJPainting LLC. is a company with more than 12 years of experience in home renovations. We are Insured and Licensed in each project to be carried out. We have the experience and dedication to bring your dreams to reality! Specializing in Painting Services, we guarantee your satisfaction, and we won’t leave until the job is done right. We pride ourselves on the quality work we provide, while delivering great customer service! Call or click to schedule a free estimate today!  …

Frequently Asked Questions & Answers about All Work and No Play Inc

How is All Work and No Play Inc overall rated?

All Work and No Play Inc is currently rated 1 overall out of 5.

Does All Work and No Play Inc offer free estimates?

No, All Work and No Play Inc does not offer free project estimates.

Does All Work and No Play Inc offer eco-friendly accreditations?

No, All Work and No Play Inc does not offer eco-friendly accreditations.

Are warranties offered by All Work and No Play Inc?

No, All Work and No Play Inc does not offer warranties.

What services does All Work and No Play Inc offer?