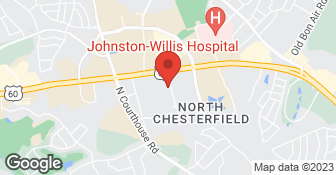 REPAIRING SPEEDOMETERS and INSTRUMENT CLUSTERS SINCE 1972. We repair instrument clusters, speedometers and car radios for all makes and models from 1950 and up. One-year no hassle limited warranty on entire repair. We pay for shipping both directions!! Visit our website for a FREE quote....

i requested a repair quote for my Mercedes instrument cluster that had grown so dim you could not read much of the information. I received the repair quote the next morning with instructions on how to properly package the cluster for UPS shipment to them. The cluster was repaired and returned in a like new condition in a little over a week despite their having to order an obscure part to complete the repair. The repair technician kept me well informed throughout the repair process and provided an accurate time frame in which I could expect the repaireded cluster to be returned. Having them repair the cluster rather than having to purchase a new cluster from the dealer saved me more than $1,400 in correcting the problem. I would not hesitate to use them again and highly recommend Southern Electronics for this type of repair.

Description of Work
Southern Electronics repaired the instrument cluster in my Mercedes that had gone dim to a like new condition.

Description of Work
Rebuilt Ford JBL OEM CD-Radio. Was not completely fixed after three rounds of shipping back and forth. Owner was responsive but technician couldn't get it right.

Dear Mr. [Member Name Removed] I am very sorry you were unhappy with this work done 2 years ago. But since this is the first time you brought it to my attention it was done two years ago it is difficult to remember all the discussions with you about the repair. My technician does remember you and he said your repair was on a 15 year old car radio model that was a very unreliable type of radio and even the Ford factory stopped supporting. That model was built with inferior parts that dry up with age and fail. However, I want to make sure you are satisfied and will be glad to look at the repair again or refund your money. My cell is 1-804-441-2030. Please call weekdays so I can discuss with you.
5.0

I contacted southern via e-mail. They responded the next day with a quote and directions. I sent the instrument panel via prepaid ups and two days later it was returned ready to install. It has functioned correctly since then.

Contacted Ron and explained the problem. He was very knowledgeable and helpful and gave me a price over the phone. Dropped the car off at 8:00 and picked up at 2:30. Happy daughter is a happy Dad. Thanks for the great service.

Description of Work
repair radio for my daughters 2005 Honda Accord

They were great. They gave me an estimate and did the work while I waited. The problem was burnt out bulbs and they fixed it for the minimum charge! They could have made up anything, but they were honest and didn't inflate the bill.. I would recommend them to anyone. They are trustworthy.

I reached out over the Christmas Holiday at a time when they were closed. I didn't expect to hear until after the holiday, but got an email response back the next day. Recommendation was to call their tech to talk through the diagnosis in more detail. I called several days later and spoke to the tech who walked me through several diagnostics. The synopsis was that it was not necessary to send them my radio for a thorough diagnostic and repair. The problem was in a separate amplification unit that would need to be replaced. Since, I am 1000 miles from their location, having them do it was impractical. The Tech talked me through the process and spent more time than I would have expected explaining where to find the information in the Vehicle Service Tech manual and then gave me some pointers. Bottom line: The organization went out of its way to be helpful, even though I was not spending any money with them at this time. If and when the need arises to have a repair done on my radio unit, I would definitely send it to them for diagnosis and repair.

Soon after the radio arrived in their shop I received a phone call from one of their technicians, and he indicated that the radio had been thoroughly tested and no problems were found. He also reitierated the previous advice that the most likely source of the problem was in the vehicle’s speakers (which, after a quick Internet search, seems to be a common problem with this model). He informed that their minimum testing charge of $38 still applied, and while he seemed to feel bad about this charge, I felt it very reasonable considering this covered shipping both ways and the testing fee. In any case, my radio was returned and worked as before. After replacing the speakers I now have a functioning radio system. Thanks to Southern Radio for steering me to the true cause of the problem.

Description of Work
I submitted a quote request to Southern Radio to have my GM radio repaired, and in the return quotation I was told that the problem was most likely with the speakers. Choosing to ignore this advice, I shipped my radio to them for repair.

The speaker itself would have been 250+ from the dealer. They removed, repaired and re-installed for $150. Did an excellent job! John (front desk) was extremely knowledgeable and Service Manager was more than helpful. I must say that in this day and age I haven't seen service like this for some time.

Description of Work
Had a blown sub-woofer in my 2002 Lexus ES300. Removed, repaired & replaced.

WOW: They told me if anything went wrong with the radio after i got it back that they would warranty it, EVEN IF IT WAS NOT WHAT I PAID TO HAVE FIXED! I have a factory radio/cd player/tape player. A button fell off the radio and the tape player is eating tapes. Also, the cd is skipping a bunch (probably just a dirtly lens).I brought it to Southern Electronics. I think the person who helped me was one of the technicians. He was confident that they could fix the problem and he went to the back to get a price and date. He came back just in a minute with a price and let me know that it would be done in two days. He also asked me if I wanted the radio mailed back to me so i did not have to pick it up. I asked him and quot;How would i get it back in?and quot; He went to the car with me, took out the radio, and showed me how i could put it back in. It was farily simple, so i told them they could ship it back to me as I live across town. My radio arrived repaired a few days later, i installed it like he showed me, and everything works. I could have purchased and installed a non-factory radio for about the same price, less if i wanted elcheapo radio, but i like my factory radio in the car.

Sorry, we do not repair home electronics or portable devices.

SOUTHERN ELECTRONICS INC is currently rated 4.8 overall out of 5.

No, SOUTHERN ELECTRONICS INC does not offer eco-friendly accreditations.

No, SOUTHERN ELECTRONICS INC does not offer a senior discount.

Are there any services SOUTHERN ELECTRONICS INC does not offer?

Sorry, we do not repair home electronics or portable devices.