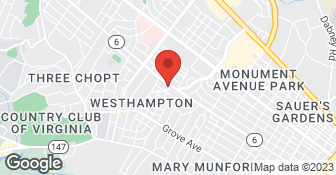 24/7 Same day on site service by Microsoft Certified Systems Engineer (over 20 years experience). Residential and commercial PC / Mac repair and networking with a 30 days guarantee policy. Visit us At https://MobileITechs.com for updated services and location near you.

Mobile IT Tech in Richmond was very responsive, and took my call right away. During the course of the service, however, they missed agreed upon times, twice. The tech put an excellent video card in my computer and fixed what was wrong with it supposedly. When we tried it at my home, it failed to function as promised and he took it again. When all was said and done, I paid far too much, the computer had the same issues, even worse than it did before service, and I do not believe the new video card is working, since that new game looks and performs exactly the same as it did, before the new video card was installed. For the cost, I could have bought a new computer.

Description of Work
My home computer was failing to start, sometimes, and I needed a more updated video card to play a new game I got for Christmas.

They did as much as they could

I am grateful for the work done as it did enable me to contact McAfee to resolve remaining browser, files corruption and IP connection problems. I was advised that issues remained.

Description of Work
Removed computer virus/malware to the extent that I could again control the computer to navigate the Internet.

Did the work in-home the same day I called, they did it right the first time, and cost was not far from estimate given over the phone.

Description of Work
Removed malware - 3 trojans - that had my computer completely locked up.

Francois of Mobile ITechs responded to my call quickly and checked out my laptop quickly. He performed the service at the price we discussed over the phone and returned the machine to me the morning of the second day, as promised. This is a dependable outfit to deal with and their prices are fair.

Description of Work
Checked out my nonfunctioning 6 yr old laptop. Recommended that it would not make sense economically to repair. I requested that he save my personal photos and stuff . This he did and returned it on disk along withe the dead machine.

CHECKED OUT IN MY HOME BUT HAD TO TAKE TO "HOSPITAL" FOR CURE. VERY PROFESSIONAL, POLITE AND VERY UNDERSTANDING.

Description of Work
COMPUTER GOT A VIRUS.

I have been using them for about ten years. They are very pleasant, trustworthy and accommodating. I like their competence and integrity. The principals have state of the art knowledge and are up to date with the latest technology.

Mobile iTechs has been our professional information technology resource for over 10 years. In both my business and residential settings, Mobile iTechs has consistently maintained, repaired and installed upgrades to meet all software/hardware performance requirements. The principal is a person of highest integrity and competence. He is genial and efficient; his charges are exceptionally reasonable. Strongly recommend tech@mobileitechs.com.

We specialize in all aspects of REMOTE and ON SITE COMPUTER SERVICING AND REPAIR. For an immediate response call Betshy (Owner) @ (804) 915-6384. We are Locally owned, serving Metro Richmond since 1997, is recognized for excellence in computer repair, service and support. Our pride shows in satisfied, repeat customers and their continued referrals. Our experienced technicians have successfully repaired thousands of computers for Home and Small Businesses. We take great pride in our work, our most important goal is to have satisfied customers.  …

Mobile Itechs Inc is currently rated 4.7 overall out of 5.

No, Mobile Itechs Inc does not offer a senior discount.

No, Mobile Itechs Inc does not offer warranties.

Are there any services Mobile Itechs Inc does not offer?