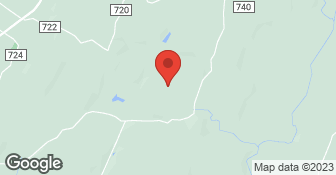 Peirce Construction performs top quality services at a fair and realistic price. As far as we’re concerned out of sight is never out of mind for the underground services we provide. What’s most important to us is making sure our customers get a complete job. Insurance, bonding for VDOT and the proper permits are as important as the actual construction. Commercial and Residential Licenced and Insured Peirce Construction has the experience and heavy equipment needed to complete your job. Hiring a contractor with a proven track record will save you time, aggravation and money.

Because Peirce wandered off, I paid the other-company guy for the pump paying more than Peirce had originally offered as the price, but the other-company guy said that Peirce had changed the price. Long story short: the pump failed utterly within a week or less. I contacted first the other-company guy, who claimed that it was Peirce's pump, so Peirce should act. When I finally got through to Peirce, he said, oh, used pump. Dead. Too bad for you. I even asked - it would have cost even more money - for him to send a crew to put a new pump there, and to get it all working. Peirce made totally clear that he would not help AT ALL. When I finally got there a company that knew what they are doing, they were astounded that anyone with any knowledge of sewage systems would ever consider the pump that Peirce "sold" to us. Totally wrong item, so it in fact self-destructed. Peirce was trying to f**** on me an incredibly-expensive system that the final company, which has had a great deal of experience with them, warned that (1) it's overpriced, (2) the manufacturer has produced it in a manner that no one else can repair it, so you MUST turn to them; and (3) they "misfire" or "mis-signal" problems all the time. Nightmares, according to those people So, my very-real advice to you is three fold: >> if ANY company has any recommendation to you about Peirce, run away from that company. They may be in cahoots; >> don't use Peirce for ANYTHING - totally undependable/untrustworthy - don't walk away - RUN; >> stay away from the Environmental-1 lines he's hawking unless you get get someone reliable to suggest same.

Description of Work
Peirce was recommended by another company as an appropriate supplier of an ejector pump that had failed on our property. Although the Company claimed at first that Peirce understood the urgency of our situation, and would respond right away, he let two workdays and then an entire week-end go by without returning any calls. When he finally did, he explained, without apology for not having responded, that he was with his kids at the beach. Well, on one of our first meetings, he brought along a replacement pump which, although it had been used, he claimed had plenty of life in it, and was totally appropriate for the job. The other-company guy, who had recommended Peirce, installed the unit.

Mr. Peirce conducted himself as a true professional, knowledgeable of the problem and the solutions. He was extremely careful in digging to minimize disturbance to existing vegetation and driveways. He was very patient, explaining to affected homeowners the nature of the problem and what he was going to do to make repairs in the minimum amount of time. He was very careful each day to secure his equipment and to fence off dangerous areas. Upon completion, he thoroughly cleaned disturbed areas and the area that he used for storage of his equipment. The affected homeowners, including myself, were very satisfied with the work that he did.

Description of Work
Due to a sewer line failure in a neighboring house, Peirce Construction Co. was hired by the neighbor to repair the line. Tom Peirce then examined by a TV probe the sewer lines for all houses in the neighborhood, and found several that were in danger of failing within a year. My sewer line was one of four that needed to be repaired in the near future. Tom was hired to repair the four sewer lines. He discounted the cost of repair since he was mobilized in the neighborhood. He dug holes ranging from 10 feet to 20 feet, depending on the location of the problem. After replacing the defective pipes, be backfilled with crushed rock and dirt, and compacted to insure there would be no movement of the pipes. He then seeded the disturbed areas.

Drainage & Erosion Solutions (DES) is an award-winning company that provides assessment and repair of all drainage and erosion problems for residential and commercial properties. We are a design-build firm, with both engineering and contracting divisions; offering aesthetically pleasing and professionally engineered solutions to drainage and erosion problems. Our team members are year-round, full-time employees with a strong reputation for technical knowledge, attention to detail, great customer service and general excellence. All DES consultations, assessments, and installations are performed by a licensed professional soils engineer, or landscape and drainage systems designer. These professionals have several decades of combined design and contracting experience. Clients like working with us - much of our business comes from referrals and from our top rankings among the most popular contractor ratings services.  …

Bonded
Insured
All statements concerning insurance, licenses, and bonds are informational only, and are self-reported. Since insurance, licenses and bonds can expire and can be cancelled, homeowners should always check such information for themselves.To find more licensing information for your state, visit our Find Licensing Requirements page.
General Information
Free Estimates
No
Eco-Friendly Accreditations
No
Senior Discount
Ask for Details
Emergency Service
Yes
Warranties
Yes

Peirce Construction Inc. is currently rated 3 overall out of 5.

No, Peirce Construction Inc. does not offer free project estimates.

No, Peirce Construction Inc. does not offer eco-friendly accreditations.

No, Peirce Construction Inc. does not offer a senior discount.

Are there any services Peirce Construction Inc. does not offer?