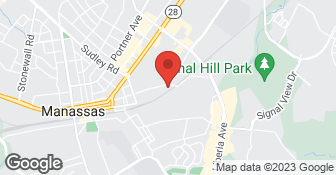 I'm conflicted about price. We had a previous firm that had been under service contract with use for many years. When the A/C failed they didn't perform. I called around and Twin Air had the best price. They did work very well and in a very timely fashion. Not their fault, but the A/C equipment has had many reliability problems, which they took care of at no cost to me. Then less than a year ago, the thermostat failed, under warranty and they charged me more than it would have cost for me, and I'm quite capable of having done the work myself. I could have gone to the store and bought a better, cheaper thermostat, for less than what they charged me under the warranty. The cost of the system was much, much, much bigger than the cost of the thermostat. But it left a bad taste in my mouth. That I felt abused that they charged me for the time to replace the thermostat. If I balance the $10,000 of the A/C, which was a good price, with the $300 of the thermostat, which was a terrible price. i'd have to say that the $10,000 outweighs the $300. So I'd give them an A, but I was not happy. They did very good work. Every time the thing is broken they've been out here to fix it. I guess I should have complained about that price but I was going on vacation the next day and just didn't get around to it. I think if I'd have called the owner, I think I would have been given some concession. They are still under contract.

They are excellent. They are very honest and very reliable. They are my go to company. They are very responsive. I really do like them. They have come out to do repairs for me without charging me for call outs until they actually fixed it. Then they would just charge me for one call out.

Description of Work
They do regular check ups.

They were very honest. They are family run, operated, small. They always have people available to come out. They were very professional. They are very good to work with. We really like them.

Description of Work
They did a toilet replacement. We had to have a valve replaced in our hot water heater.

It was great. They were wonderful. They even had someone come out here at 8 o'clock on a Friday evening, and didn't charge us extra, which is really wonderful. We've referred a few people to them as well.

Description of Work
They did air conditioning repair work.

I used them in my old house. We had a contract with them, so they signed us up for two checks a year. We have a maintenance contract. They did all their services for us too, but they did that as well. We did a whole bunch of stuff with them. Excellent!

We came home from vacation on a Sunday to find the AC not working. Called Twin Air based on a friends recommendation. The technician came out in short notice, within 1.5 hrs), to fix the broken AC. Replaced the blown fuse and checked all the pressures; they were still good. A couple of weeks later, the AC went down again. They came out again, very quickly. The technician noted some frayed wires within the AC unit. He fixed the wires, replaced the fuse again and checked the pressures once more; for no charge. He did mention that was something the first technician should have caught. That is why the low score for Quality.

Description of Work
I had two separate issues with my AC system. A blown fuse and frayed wiring.

I would use them again the service was positive. They're very responsive and efficient.

Description of Work
I use Twin Air LLC for heating and a/c services.

Tolle is very knowledgeable about the business. He was the only one to do a full analysis to determine sizing of the furnace and air conditioning units. His recommendations were A smaller ton air-conditioning unit then was originally put in the house and a higher end furnace. I had no doubt that I selected twin air that the work would have been high quality. I had the sense that the company was used to working on higher and projects then my townhouse situation. The pricing of the services was on the high end of the multiple quotes that I had received.

Description of Work
Came to house to provide an estimate on a replacement gas furnace and air conditioning unit.

Really well. Timely, professional, answered thousands of questions, arrived on time every morning, cleaned up every day before leaving, I'd give them the highest rating I could!

Simply put - we believe that improving your home should be enjoyable. That is why we spent years designing our consultations, installations, and customer care experiences to minimize stress and provide every client with a fair and honest home improvement experience. Founded in 2005, Windows on Washington has become one of the area’s most respected home improvement companies because we make our clients' homes more beautiful, comfortable, and energy efficient. We are proud Angie’s Super Service Award winners, which we’ve now earned for seven consecutive years. We have an A+ rating with the Better Business Bureau and have never had one filed complaint. In addition, we have hundreds of positive customer reviews on Angie’s List, Customer Lobby, Home Advisor, Guild Quality, Houzz, and Yelp.  …

I am passionate about and take pride in my craft. Our philosophy is to treat your home or place of business as if it were our own. If you are not satisfied with our service, please contact me or our Service Manager, Rob, because our goal is your satisfaction. We want you as a customer for life, not just to make a quick buck. Call us today at 571.525.2823, as we look forward to discussing your electrical needs. Regards, Shauwn Collins, Owner  …

Twin Air LLC is currently rated 4.9 overall out of 5.

No, Twin Air LLC does not offer eco-friendly accreditations.

No, Twin Air LLC does not offer a senior discount.

Are there any services Twin Air LLC does not offer?