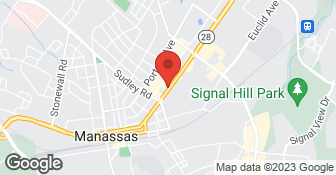 Crystal Clean Duct Service offers a thorough, professional duct cleaning service that will immediately improve the air quality of your home or office. We have the most powerful and efficient equipment in the industry that is designed to clean your ENTIRE duct system. We offer a FREE, no obligation diagnostic video inspection of your ducts so you can see for yourself whether your ducts need cleaning. All work is guaranteed. Licensed and insured. No matter what your air quality needs are, we’re confident you’ll be satisfied with the personal attention and our expert, friendly service. Crystal Clean Duct Service is a member of NADCA (National Air Duct Cleaners Association) and we pride ourselves on providing quality work (following the guidelines set forth in ACR: The NADCA Standard for Assessment, Cleaning & Restoration of HVAC Systems) with no hidden costs or misleading offers. At Crystal Clean, we have NADCA Certified professionals, holding certifications as ASCS (Air Systems Cleaning Specialist) and VSMR (Ventilation System Mold Remediator) who will be onsite during the cleaning and restoration of your system. Additional phone - (888) 527-9463....

Great service, they showed up on time, completed the work quickly, and provided details on the state of my dryer vent. I was very pleased with the service and would use them again.

Description of Work
Cleaning of my dryer vent

They'll gentleman were very nice about having to come out just to get the brush out of the vent. They finished cleaning the vent for me. Everyone was very professional and thorough!

Description of Work
I was cleaning my dryer vent and the brush of the tool came off and got stuck in the vent.

The service was great. They called before coming, showed up on time, worked quickly, and left the house completely clean. My dryer works better than it ever had and now I feel safe from having a vent fire.

These guys were great. A lot was explained to me about how the work was done. They were professional and did a great job. They even managed to find some interesting items come out of my dryer vent (no socks!). I thought the price was more than fair and about half of what another company told me it would cost. I highly recommend them and will definitely use them again in the future.

Justin was awesome. I can't say enough about his knowledge and friendliness. Immediately made me feel at ease and comfortable. Easily explained things and answered all questions promptly. Came out for free to evaluate and sent me an estimate the following day. I was pleased with the customer service and price. I thought the price was fair as we have a large 2 system home with over 5300 sf. In this day and age where customer service is dead, it was nice to encounter a company that puts its customer first. It took them 4.5 hours to get the job done and I'm super pleased. Highly recommend

I thought their price was pretty good. They were the lowest. There were several adverts in the super magazine and they were the lowest cost. They did a pretty good job. I couldn't see inside but after they were done, they used a huge vacuum and I could here a lot of rattling coming up. They didn't do any of the auxiliary things like sanitizing the ducts. This was just vacuuming them out. They do a little selling to try to get me to get the auxiliary services done. They did try to push a little for that but I did tell them that I had to keep with my budget. It was not obnoxious. I would use them again in future, I didn't have a bad experience with them. the service was pretty quick, they did the whole house in like 45 minutes. They were professional, punctual and the entire process was done in an expedited manner. They moved furniture where needed and put everything back where it was. He used shoe covers.

Description of Work
They did air duct cleaning.

This is the second house we used them for this service. We will be using them again after having construction done in the house.

Great! They were on time, worked for 2 and a half hours to clean out a 40 foot duct which had probably never been cleaned. They resealed vent connections which had come untaped and shored up sagging duct work. They were very conscious. I willies them again!

Justin was fantastic! We would definitely use Justin and Crystal Clean again!

Description of Work
Ductwork was cleaned in the townhome.

Sent them a message on Angies List, and they promptly replied. Arrived when they said they would. Very impressed with them, Justin did some extra work for me that he said wasn't up to code at no charge, which I bet a lot of others wouldn't do. They got a lot of lint out as our drier vents up thru the roof as we have a second floor laundry room. Hadn't had it done in 17 years so they got a lot out of it. I would highly recomment this company for any type of duct cleaning.

Description of Work
cleaned out my drier duct

Description of Work
This company went above and beyond what was expected. The previous owners of our house allowed their children to thrown all sorts of things down the heating ducts. Crystal Clean also took out a dead mouse. When they were doing this job, the previous owners children put rubber balls down the vents. These rubber balls got stuck in the heat pump motor. This company called in one of their HVAC repairmen to get the heat pump working again. Their guarantee states that they will return the heat pump to working order as they found it. Even though it was no fault of Crystal Clean's work, but the mess that was down my ducts, the repairman stayed until late in the evening to get our heat pump working again. I just bought another house and will be using this company to clean out the ducts in this house. They do an excellent job and the house smells so much better and has way less dust than before the cleaning. This company is an A++++

Description of Work
This company cleaned our HVAC vents. When I say they did an A+ job, I really mean it. The vents were not cleaned for over 30 years. The dirt and objects they removed from the vents was unreal. Wonderful company and when a ball got stuck in my furnace, the company sent an HVAC person out to fix it at no charge. The company said they would leave the furnace working after the cleaning and they meant it. Excellent service!!!!

I just purchased a new Townhouse and I wanted to get my Air Ducts cleaned. I was recommended Crystal Clean by my Realtor and I have to say that I am VERY pleased with Crystal Clean Duct Service. Everything from GREAT customer service to professionalism in my home . They were on time and answered all my my questions to best of their abilities. They showed me how dirty my ducts were before and how clean the ducts were after. I am extremely pleased with job that was done.

Description of Work
Cleaned our Air ducts and Dryer Vent

The weather is unpredictable and with the ever-changing seasons, a fully operational HVAC system is required for comfort. If you need heating and cooling services, depend on Davis Ford Heating and Air Conditioning. We are an HVAC contractor with more than 25 years of experience, serving the greater Washington DC Metro. We are specialized in providing heating and cooling solutions. Our heating and cooling services vary from heat pump repair and gas boiler repair to electric furnace repair service. We also handle AC replacement and AC repair services. Because customer service is a priority to us, we personalize every experience and work to provide a quality service every time.  …

We specialize in Dryer Duct & HVAC Duct Cleaning as well as offer Carpet Cleaning as needed. Our prices are fair and transparent. There are no hidden fees. The price we quote is the price you pay. We strive to be clear in our communication and work to make sure that you are satisfied before we leave. We are here to help make your home safer for you and your family. The US Fire Department recommends dryer vents be cleaned every 6 months and HVACs every 3-5 years. We believe in building a trusting relationship with our customers to ensure you have these services provided now and in the future as well. APS Home Services is a Veteran owned business, licensed and insured.  …

Crystal Clean Duct Service is currently rated 4.9 overall out of 5.

No, Crystal Clean Duct Service does not offer a senior discount.