All Pro Moving and Transfer 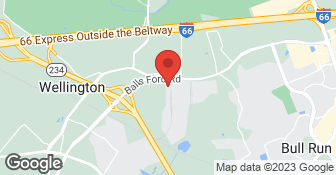 It’s all About the Relationship Since 1995, families like yours have trusted All*Pro to provide excellent service for the best value. All* Pro is proud of its reputation as an innovative leader in the moving and storage industry, consistently providing a team of professionally trained experts to ensure a stress-free moving experience. At All*Pro it’s all about trust and the relationship, that’s why we’re confident you can relax when we say, “We’ll Take It from Here”

this was the worst experience we have ever had in over 20 years of military service. Completely took advantage of the COVID situation, since we got orders at the last minute and had to move quickly. We were overcharged by 10,000$ based on the estimate, which was not even done in person, not even video conference. After we found things broken, stolen, and overcharged for boxes. I was being aggressively yelled at by one of the movers blaming me for the miscommunication, the same one who stole my daughters birthday present ( thanks Nelson). this was supposed to be a point to point transfer considering my wife was already at the other location and they still put our goods in storage, and stuff ended up missing or stolen, considering how much one of the movers was trying to pay us for some items we were not surprised that things ended up missing. "Rogue" movers is what the FMCSA (Federal Motor Carrier Safety Administration ) calls companies like this, stay far away

Description of Work
moving out of state

We have gone through several professional moves, since we had to move the family after residency and fellowship across the country. This was by far the worst experience. First of all we were told that the manager would be there to oversee and he was not, when attempts to contact him were made the day of the move, he was unresponsive. Then, the movers were late both days 30 minutes and 45 minutes respectively but that wasn't an issue. The movers themselves were courteous, helpful and hardworking. They shattered the lid of a wedding server ware piece that I have carried across the country without incident through severe moves. However it was when we were unpacking that the chaos became evident. There was no consistency to the work. In some boxes the dry goods were taped shut and packed upright, other boxes nothing was taped, things were shoved in the boxes haphazardly and all my spices, baking soda etc was spilled over everything, we either had to get rid of things or spend hours cleaning and wiping things off. I don't know how the packed the canned goods but several cans were ruptured and leaked over the contents of the box and even other boxes. The mover who did the dishes and glasses did a good job, but we found several glassware/servers just wrapped lightly and stuffed into kids toys, I had several large glass servers just shoved into a bucket of kids toys and at the bottom of the box. We had to throw away many items after the move. It's been nearly a month and I'm nowhere close to unpacking because things are mis labeled, we have basement things in the bedroom, kitchen things in the guest room. To add insult to injury, I was able to procure many boxes from work as well as having old moving boxes from our recent moves including 6 garment/hanging boxes. Guess what? Yes, were were indeed charged for our own boxes. We did try to contact the manager who my husband met with and discussed and was met with a simple I'm sorry your experience was bad, Happy Holidays, even though we had broken and ruined things and apparently this was an insured move. NEVER USING OR RECOMMENDING THIS COMPANY.

We Provide the Best Moving Value for Your Budget (with our up-front and flat rate pricing, we have a move plan for every budget and need) An Efficient Moving Company (We'll arrive early and we'll stay until your move is finished) A Careful Move (We'll treat everything as though it was fragile) Our Moves are Always Fixed-Price (You can rest assured that there won't be any hidden costs or bad surprises)  …

Frequently Asked Questions & Answers about All Pro Moving and Transfer

How is All Pro Moving and Transfer overall rated?

All Pro Moving and Transfer is currently rated 1.5 overall out of 5.

What days are All Pro Moving and Transfer open?

All Pro Moving and Transfer is open:

What payment options does All Pro Moving and Transfer provide

Does All Pro Moving and Transfer offer free estimates?

Does All Pro Moving and Transfer offer eco-friendly accreditations?

Does All Pro Moving and Transfer offer a senior discount?

No, All Pro Moving and Transfer does not offer a senior discount.

Are warranties offered by All Pro Moving and Transfer?

What services does All Pro Moving and Transfer offer?