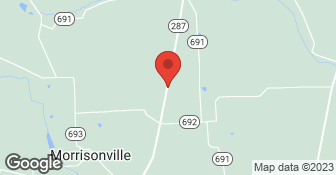 Applied Restoration Group is a leader in residential and commercial Water Damage Restoration, Mold Inspection, Mold Remediation, Asbestos Abatement and Asbestos Testing services in Virginia, Maryland, and West Virginia. We take pride in our prompt response and capabilities in meeting the specialized needs of our clients

I engaged Applied Restoration Group to check out my attic. Another professional who was doing work up there said I needed mold remediation and tried to sell me the service for $1,600. Mario Alvarez came out right on time for the appointment, checked out everything, noticed some small wet spots, but advised us, that in his opinion, mold remediation was not necessary at this time. I offered to pay him for his effort, he refused. Mario was prompt, knowledgeable and honest. Setting up the appointment with Applied Restoration was very easy & the staff very courteous. If I have any issues regarding mold or other toxic materials, Applied Restoration will be my first call.

Description of Work
Inspect for mold in Attic

Everything went great. They came back a few days later and removed all the equipment after testing the drywall and baseboard for moisture content. Would definitely use them again!

Description of Work
One of my rental properties had water damage. After calling several other similar companies which could get to me quickly enough I was referred to ARG by a friend. They came out with in approximately an hour and got to work. They took out the carpet, the padding and the carpet tack strip. Sucked up all the excess water set up fans, a dehumidifier, and then sprayed to prevent mold.

I had a pretty serious mold issue within a 500 sq ft crawlspace underneath the addition to my house. It was pretty messy down there. There had been a moisture in the crawlspace over a long period of time and all the old insulation was hanging down, so it was very hard to view the entire space. I had at least five contractors come over. I asked each of them to have a look, assess the problems, give me their thoughts on what needed to be done, and provide me a quote to perform the work. The assessments that I received were very wide-ranging, as were the costs. Mario's assessment of the work that needed to be performed was by far the most exaggerated. He suggested that the mold and water damage were so extensive that if I wanted to do it correctly then I should remove all of the floor board including the tile inside the addition, and replace the entire plywood subfloor. Otherwise the floor may collapse someday. He then went on to say that if I wanted to take a shortcut, that I could simply remediate the mold, and that he would be willing to do that as well. Naturally, I touched with all the other contractors whether they saw any structural issues down there, and they all indicated that the floor and the joists were solid. Subsequently, I had the mold remediation work performed by Ed Ketchoyian at PuroClean.

Description of Work
This is a review of Mario Alvarez, who is associated with both GEC Environmental, as well as Applied Restoration Group. Mario provided me an assessment of work to be performed related to mold remediation in the crawlspace under an addition to my house.

Here at ARG we not only offer remediation services but also full restoration as well. During my inspection I noticed in several areas that the sub floor was dry rot. Issues like this cannot be overlooked and we feel it is our job to point these things out even if it means not getting the job. Once we identify all the issues the client can make an educated decision on what work he deems necessary. This was all explained to Mr. Blanchard and we would have gladly done whatever work he was comfortable with.
5.0

We discovered minor mold growth, approximately 8'sq on the ceiling of our single-car garage. The growth was undetected for an unknown length of time because it was obscured by the garage door when open. On discovery of the mold, immediate concerns were: - Identification of the source of moisture/humidity enabling mold growth - Safe remediation of all visible mold colonies - Possible collateral contamination, including a 30+ year old built in unpainted wood shelving unit at the rear of the garage, unpainted pegboards nailed to a cinder block wall, and a large number of items stored in the garage. I obtained three estimates for remediation and repair, including a top rated provider from Angie's list, and Applied Restoration Group (ARG). Of the three representatives, I was most impressed with Mario from Applied Restoration Group. Mario arrived on time in a fully painted company truck, with the logo matching his business card and button down shirt. He put on shoe-booties at the door, even though our house is not well kempt. He was prepared for the assessment, bringing a notepad, laser tape measure, digital humidity gauge, and camera. He took over 2 pages of notes and made an overhead sketch in the 30 minute inspection, of both inside of the garage (where the problem was) and the outside, noting problem areas and explaining things as he went. He was professional and very competent, and patiently answered my list of questions. He was also very honest and straightforward. For example, he identified the source of moisture as improper grading and lack of exterior sealing/draining, but rather than try to add a $5000+ job to the bill, suggested that a dehumidifier would be an equally effective solution. We received a detailed three-page PDF estimate within 24 hours of his visit, decided to go with ARG for the repairs after getting two more estimates. ($1200, and $4800) Mario was able to get his team started the day after we notified him of this decision. Two ARG employees arrived on time (9:00 AM) in a painted company van. They were just as professional, and got to work right away. By 10:00 AM, they had finished demolition, and determined that the mold growth was contained on the outer surface of the drywall, but as a precaution they would replace the fiberglass insulation behind it and treat the subfloor above. By 1:00PM they had antimicrobial-washed all surfaces and installed/mudded antifungal (purple) drywall to replace the section they removed. I was impressed with the speed and quality of the work, by the end of their first day (3:00PM) they had all walls sealed and a coat of antimicrobial paint on the undamaged portion of the ceiling. The same crew arrived the next day, also promptly at 9:00AM, for more painting and finishing the new drywall. Around 11:00AM Mario even stopped by to check on the work and help out for a bit. They were cleaned up by 1:00PM, as a final precaution, washed and vacuumed the floor on their way out. The space looked brand new! The next week, some brown spots began to appear on the walls. Concerned that they were mold regrowths, we dropped Mario an email, and he sent his crew out the next day to inspect the spots - no questions asked. The spots were identified to not be mold, but rather chemical seepage (due to previous improper chemical storage in the garage). Even so, ARG applied another coat of sealer and matching top coat over the problem areas with no additional charge. Overall, I was impressed with ARG, and would highly recommend them to anyone in the Northern Virginia area with mold issues. They stood out to me due to: 1) Prompt communication/turn around, even after the contracted work was complete. Live person answered the office phone every time we called, and Mario personally responded to our emails promptly. Unlike many contractors, ARG is keeping up with the times, with a functional website and the ability to view invoices and pay online! The whole project, 264 square feet, was done in ~10 hours. 2) Quality of work. Mario and his team carefully removed shelves and pegboards that had been nailed into concrete and cinder block, without damaging the walls/floor, then patched the holes left behind (with caulk/concrete) before painting. They used better-than-original materials for the repair, and blended the repairs seamlessly (literally, you can't tell where the patch is). They left no mess, paint splatter, dust, or nails behind. 3) Professionalism. Both consistent branding (trucks, shirts, website, quote, invoice, etc.) and their knowledgeable, friendly, and efficient staff made the other two estimates look substandard. My expectations for contractors are very high, and ARG met/exceeded them. Very happy with the choice.

Description of Work
Mold remediation and restoration on drywall and ceiling in single car garage. Remediation: removal of damaged built-in shelves and pegboards, disinfection/antimicrobial cleaning of all surfaces, removal of moldy drywall on ceiling, inspection and cleaning of joists above affected drywall, identification of potential moisture sources. Restoration: Replacement of drywall, sealing cinder block walls, painting of all walls and ceiling to match.

Thank you so much for the review. If your ever need us for any reason please do not hesitate to contact us anytime!

Mold Removal and Remediation / Water Damage Repair / Waterproofing - Walls, Floors, Foundation, and Ceilings / Concrete Repair / Insulation - Our company provides a complete "One Stop Shop" solution for any water/moisture issue and subsequent mold issue. We find the source of the water/moisture problem and repair it. We do also provide full concrete repair, should the source be cracked concrete or foundation. Then we assess internal damage i.e. drywall, carpet, ceiling, etc. and repair that. We then use our patented product MDF-500 to kill all mold and mold spores. We scrub any visible mold/stains. Finally we HEPA vacuum up any dead mold and dead mold spores and clean up after our work. The Owners/Operators - Mark (Office) and Mike (Field) manage every job personally. We have been in this business for over 10 years.  …

Loudoun Septic Tank Service Inc. is based in Hamilton, Virginia, and has more than 25 years of experience providing septic tank pumping, installation of septic systems, repair of septic systems and home sale inspections through out the area. We are a family-owned-and-operated company. Loudoun Septic Tank Service Inc. prides itself on always being on time, providing personalized services, and emphasizing attention to detail. Contact us today to schedule a full-service cleaning for your septic system. **For EMERGENCIES please call 571-233-9306**  …

Applied Restoration Group is currently rated 4.7 overall out of 5.

No, Applied Restoration Group does not offer a senior discount.

No, Applied Restoration Group does not offer warranties.

Are there any services Applied Restoration Group does not offer?