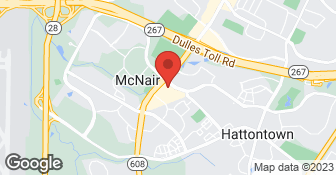 AS&R Consultants has the licensed engineers, surveyors, and architects to provide engineering services for residential and commercial construction projects. For residential projects, we can perform surveys and various structural and engineering analysis for your home remodeling and addition projects, done in compliance with engineering code. Our engineering reports are certified by a PE. We also have a basement waterproofing method that fixes your problems from the outside, not patching it from the inside. We support our commercial customers by performing all design and drawings, in structural, mechanical, electrical and plumbing tasks, as well as certifications, county permits/approvals and construction supervision. AS&R can also provide advice on structural and engineering code compliance for your projects

Mr. Lal was 10-15 minutes late to the appointment and when he came he didn't seem to have a good grasp of the task that he was hired to do. When the Seller's agent showed him into the closet with the pull down stairs that led to the attic to look at the truss cords, he made her pull down the stairs instead of doing it himself. He then went up the attic stairs but instead of going up in the attic to inspect the issue in detail he remained on the stairs for unknown reasons although it was impossible to assess the situation from that angle. I was up on the attic and I asked him to come up but he refused saying that "his shoes were slippery". He took a few minutes to look around the attic and (in broken English) said "everything looks ok - they install attic stairs like that all the time". When I said that it wasn't the issue and he was hired to look at the cut trusses he said that all trusses were intact (although the home inspector showed us cut trusses). When I asked him to substantiate his assessment he became very agitated and started telling me that he has years of experience and he built "hundreds of houses" without really telling me what I needed. We had some back and forth and he seemed to be completely ignorant on the subject matter as he wasn't able to give me a definitive answer on any of my questions. Overall, this was a very unpleasant experience and I'm just puzzled as to how people like Mr. Lal are able to obtain their licenses as he didn't seem to have a basic knowledge of roof structures.

Description of Work
We are in the process of purchasing a house and our home inspector informed us that two attic truss cords were improperly cut when the house Seller installed pull down stairs. The Seller hired Mr. Lal to conduct an assessment of the impact and provide a detailed list of repairs.

Guy is clearly too old to still be working. Complains, fights you on every decision, doesnt speak coherently, frequently forgets things you told him, nickel and dimes you every which way...Worst architect I have ever worked with. May seem cheap at first, but will end up costing you 2x as much as a dependable architect in the long run. I strongly suggest not working with Raj.

After the location survey was complete, we were told by Rajendra Lal, the owner of the company, that his friends in the zoning office told him that we would need a Topographic survey for a special permit and this $2800.00 item was added to the contract. Once this was completed and paid for, the county said we were given improper information and this survey was not needed for our type of special permit application. The first two sets of plans were not accepted by the county permit office due to errors in the engineering. After more than 4 months time and more expensive line items added to the contract, a final set of plans was submitted without our having time to review them, and they were accepted and a permit issued. Our contractor and subcontractors reviewed the plans, and we were told that the addition could not be built as drawn. To our knowledge, no measurements were ever done by the engineer or the architect. The foundation and beam supports had been so badly engineered that the original main load bearing masonry wall of the house would be greatly undermined and weakened. The plans did not include complete framing details, and did not address lining up and attaching the addition to the original second floor of the house. There would have been a large gap in the roof. The plan included a stairwell that did not line up vertically top to bottom, so that part of it was inside a bedroom wall! Every price had to be negotiated by haggling, starting thousands of dollars higher than was finally agreed upon. We have now hired a replacement building designer, who has provided us with a very complete, structurally sound and build-able set of plans for less money and it only took 8 weeks from his 9 hour day spent measuring our house to having a building permit issued on the first plan submission at the original contract price. I would not recommend AS&R Consultants to anyone.

Description of Work
This company was contracted to supply a location survey, and all engineering and architectural drawings needed for securing a special permit and building permits to build a large 2 story addition on a house. This company was unable to provide adequate documents for us to use to build the addition.

[Member name removed] was trying to use our company as drawing and drafting professionals, they wanted to do the all Special Use Permit and design and drawing changed against Fairfax County requirements. The way their house was built, had 30 year old construction. Owners did not understand the 90 mile per hour wind requirements. If they had any complaints why did they not mention that, and the Special Use Permit was obtained and Building Permit was obtained and then they got services of another professional to make changes in approved Building Permit to incorporate their changed thinking.

VM Drainage & Erosion Solutions will solve your drainage or landscape problems. Now is the best time to take the first step, contact VM Drainage & Erosion Solutions about our practical and permanent drainage and erosion solutions. We are also experts in house cleaning, lawn/yard care, and tree service. We offer good prices for everyone and we are very flexible with what we do. We are proud to offer one of the best warranties in the Virginia, Maryland and Washington Area because our goal as a company is to perform the best quality work, we enjoy providing our customers with a trustworthy and transparent warranty that sets a high standard among other competitors and confidently represents the faith put in our work.  …

Exterior Waterproofing Experts is a Class A General Contractor in the state of Virginia since 1997. Our service protects your home against wet basements, water leaks, flooding, water seepage, foundation leaking, and wall seepage. We have been doing subcontract grading and drainage work for many years. We have completed many waterproofing contracts for residents of Fairfax County, including: Fairfax, Alexandria, Arlington, McLean, Great Falls, Potomac, and Vienna, Virginia (VA). We are now offering to work directly for clients, passing the savings on to the homeowners. It is our belief that water problems are best solved from the outside before water gets into your home.  …

Bright Masonry Inc offers professional and experienced masonry and concrete services as well as creative design work for your construction, concrete work, driveway, sidewalk, retaining walls and patio for both small & large jobs. For generations we have maintained our goals to provide the highest quality of service. We employ the most experienced and friendliest staff & offer the sharpest prices possible. We have also built and sustained a desirable reputation with our clients as a qualified, dependable contractor. Bright Construction Group is the logical choice for all construction work requiring the services of a concrete and masonry contractor. They are located in Arlington and Merryfield, phone (703) 522-1848 or (703) 533-7422 and their years of reliable dependability & unparalleled workmanship have gained them an excellent reputation among contractors and homeowners throughout the area. Bright Construction Group employs European-trained craftsmen, are members of the National Association of the Remodeling Industry (NARI) and the Better Business Bureau (BBB) and have outstanding concrete and masonry workmanship. These highly skilled professionals have been featured on HGTV and has one of the best reputations rated by consumers on Consumer CheckBook and Angie’s List. Bright Construction Group is equipped to handle any size job, large or small. They have the necessary experience to provide durable, attractive concrete and masonry work. All types of brick, block, stone and concrete construction including outdoor patios, slabs, driveways, foundations, footings, curbs, sidewalks, fireplaces, chimneys and retaining walls can be performed by these professionals. DBA Bright Construction Group Maryland Home Improvement Contractor License #105847  …

All statements concerning insurance, licenses, and bonds are informational only, and are self-reported. Since insurance, licenses and bonds can expire and can be cancelled, homeowners should always check such information for themselves.To find more licensing information for your state, visit our Find Licensing Requirements page.
General Information
Free Estimates
Yes
Eco-Friendly Accreditations
Yes
Payment Options
Check, PayPal
Senior Discount
10%
Warranties
Ask for details

We do not perform services related to industrial, medical facilities or road design and construction.

AS&R Consultants, LLC is currently rated 1 overall out of 5.

No, AS&R Consultants, LLC does not offer a senior discount.

No, AS&R Consultants, LLC does not offer warranties.

Are there any services AS&R Consultants, LLC does not offer?

We do not perform services related to industrial, medical facilities or road design and construction.