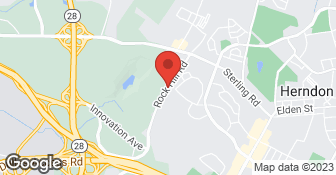 A-1 Concrete Leveling lifts and levels concrete instead of removing and replacement. Typically saves 50%-75% over removal/replacement. Free Estimates, professional employees....

Mark was very up front on what result he might be able a achieve, which I really appreciated. And, the result he did achieve was OUTSTANDING!!! Not cheap but well worth the results!

I was very pleased with the whole process of working with A-1 Concrete Leveling. I contacted several companies about the work (and received many different assessments, prices, proposals on how to solve my issues) before making my selection, but I made the right choice with this company. I was not able to meet Mark when he came by to check out my driveway and walkway, initially, which is something I usually like to do with new contractors. But, Mark came when he said he would and left an estimate, drawing and details for me to review. I then corresponded with him by email several times to ask follow-up questions, to which he efficiently replied with more information. I felt comfortable knowing what to expect and also that I needed to be mindful of upcoming freezing temperatures during which the work could not be performed. When I finally made my decision in late November and informed Mark, he promptly added me to the schedule. On the day of the work, two crew members showed up during the timeframe I was promised and began prepping things. I discussed the scope of work with one crew member. Communication was easy and I felt listened to. Shortly thereafter, Mark arrived on-site and he went over things with me. He was very professional and personable. He stayed at the job for the next couple of hours while the concrete was lifted. The crew finished after he left and also within the timeframe quoted. When I saw the results, I was extremely pleased. It met my expectations and they had solved our problems. Our walkway tripping hazard was no more. The sunken gap between our driveway and house/garage was gone. I would recommend this company to anyone who needs similar work done as they deliver high quality results, good customer service and are responsive.

Description of Work
I needed to lift and level a slab of my concrete driveway closest to my garage as well as two sections of my walkway. I also had cracks in the driveway caulked.

Very satisfied! Arrived on time, completed the work professionally, cleaned up after the job was complete. We could not be happier. Highly recommend!

Description of Work
Our walkway and front steps had settled over the years. We learned about concrete leveling techniques and received quotes from several contractors and choose A-1 because of their responsiveness, knowledge, warranty and price (in that order).

Outstanding job. Very quick turnaround and completed the project in less than one day,

Description of Work
Our front sidewalk was sinking along with the front "stoop" in leading to our front entry way door.

Excellent! Great people to work with - very happy with the result.

Description of Work
Leveling of concrete driveway and porch.

A-1 Concrete Leveling did an outstanding job. Mark was timely and very professional. I first contacted him through the website and he provided a rough estimate based on the information I provided. He then did a site visit and provided a formal written estimate. He was able to schedule me within the week, showed up on time, and worked quickly. We were very pleased with the leveled steps and I strongly recommend him.

They came and examined the scope of work and gave me an estimate . I was told there could be an additional 400 required if they found the empty space underneath the pool deck to be larger than they anticipated. The day of our appointment, they came in and very efficiently and neatly repaired our sunken pool deck. The total cost of our bill was the exact amount of the estimate. We will defiantly use them again and recommend them to anyone that asks.

Description of Work
Leveled a section of the pool deck.

Did not use services. First response was immediate. After providing information that was requested I did not receive a reply whatsoever for over a month. I called, emailed, and sent a request form in multiple times in that time period.

I submitted a request for estimate via website and attached photos - very straightforward process. Mark was responsive and professional, answering my many questions and keeping me updated with the progress (we had to reschedule once due to rain). Price was a bit higher than other companies I contacted, however this was more than made up for with Mark's outstanding customer service, he obviously knows what he's talking about and stands behind his work which is warrantied as well. Thank you, Mark.

Description of Work
Mudjacking/leveling of top portion of concrete driveway, which had sunk on both sides.

I didn't get a response from A-1 until I sent in photos. Once I did, they were very quick to reply. They said there was crack in slab and that they couldn't help me. They recommended pouring a new driveway to resolve the issues.

Description of Work
Reviewed photos I sent of driveway I was hoping to have leveled.

How is A-1 CONCRETE LEVELING overall rated?

A-1 CONCRETE LEVELING is currently rated 4.9 overall out of 5.

What days are A-1 CONCRETE LEVELING open?

A-1 CONCRETE LEVELING is open:

What payment options does A-1 CONCRETE LEVELING provide

No, A-1 CONCRETE LEVELING does not offer eco-friendly accreditations.

Are warranties offered by A-1 CONCRETE LEVELING?

What services does A-1 CONCRETE LEVELING offer?

Are there any services A-1 CONCRETE LEVELING does not offer?