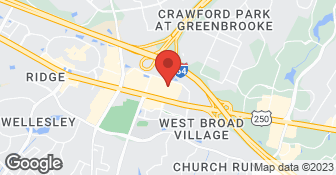 We bought a stove, dishwasher, microwave, refrigerator, hot water heater. We got it all on sale. They had some on sales and they let me stack a military discount.

Description of Work
We bought appliances.

The price is reasonable. Usually when I go there, I can find somebody who can give me answers that I need. They could have a little more broader selection.

Description of Work
I was there last week. I went there to look around and see what was going on. I have a patio in the back that I can put some plants.

Job went well and has held up nicely. I did more of the same work later and took time to bid it out. High bids were 1/3 of Home Depot's

I'd recommend them in a heart beat. I would recommend them because of the transaction and quality of installation. The service guys were very polite. They finished it the time they quoted.

Description of Work
I used Home Depot for carpet installation.

We had a small area to install them, but they did a good job getting them in.

Description of Work
We got a LG washer and dryer.

About 90 minutes prior to the contractor arriving we noticed that the store had pulled two identical bases instead of one regular and one highline as purchased. Upon calling the store we were initially told "I don't know what I can do about it." Only after offering to call headquarters in Atlanta did someone say they could pick up the correct item from another store and bring it by my house. In the meantime the plumber arrived and installed the first, regular-sized toilet, without trouble. Reps from the store arrived with the correct base and the plumber was able to install that as well. However, when the tank was attached and the water turned on, it began to link badly. The verdict was an incorrect tank for the base. This took a third trip to the store to find out which base it should be. The people in the plumbing department were of no help beyond "well, it should fit," and "I don't know what to tell you." The assistant manager said she would check with the plumbing company on Monday and call me back, which she did, stating she had authorized the plumber to do whatever they needed to fix it. That's the last I heard from the store and I didn't hear from the plumber either for a week. However, a family member was in the hospital with a spinal fracture so I didn't have time to call the store during the week. This past weekend I made a 4th trip to the store and stopped by the service desk. The same associate who had 1) rung up the order, 2) processed the paperwork when I picked the toilets up, and 3) made the change in the cell number on my account and faxed the information to the plumber, barely looked up from what she was doing and said "I don't know what to tell you, the plumber says they've left you several messages and you haven't called them back." I explained that I had no messages, either from the plumber or the store. She made no offer to call them, look anything up or otherwise be of assistance. Her attitude seemed to be that I was a troublemaker - apparently I enjoy having a half-installed toilet! I got the contact name from her and called the plumber myself this morning. No mention was made of several messages being left or any indication that they had tried to reach me. However, they were fairly helpful and I hope to finally have this situation resolved by the end of the week. So far the subcontractor has been fine and their work seems to be good. However, I would never go through Home Depot for installation services of any kind again. Things come up during any project, and I understand that. The way a company addresses bumps in the road is the most telling thing about their service philosophy. In my opinion, Home Depot fails at this.

Description of Work
Purchased 2 toilets for replacement of leaky ones and paid $149 for installation of each. One was a standard toilet and the other was a taller, extended unit. Both are Kohler brand. The salesman was a retired plumber who seemed to be knowledgeable - at least that's what he kept telling us. We had to pick up the toilets from the store as the contractor does not do that or supply any materials for the installation so it's important to have everything on site when they arrive or you will pay more. It had been a week since the initial purchase and I still hadn't heard from the plumber so I stopped by the service desk to make sure they had the correct cell number on my records, which they did not. The associate made the change in the system and refaxed the work order to the plumber. They finally called within the next 48 hours and set up a time for installation.

I feel like the price was fair and they did a good job with the installation. The people that we dealt with throughout our experience were very helpful, thorough, knowledgeable and professional.

Description of Work
Home Depot sold us and installed a set of French doors for us.

While Home Depot selected the contractor and financed the installation, they did not take any responsibility to correct problems with the installation. The workers damaged our siding (cost $651 to repair) and the plaster in our living room & kitchen were damaged (fist size hole) and not repaired. Worst of all the the first summer we ran the system a large amount of water formed in our branch ducts causing mold growth, which was then spread throughout our home. USA never truely took responsibility for the problem, which turned out to be very poor installation of the duct work. Plus when they installed the ducts the workers damaged our vapor barrier (in fact rolled it up and pushed in ball against side of crawl), they never mentioned this to us, so we could repair it. Warren Vasser is a very good salesman, but he does not stand behind his work, isntead just making excuses and putting the blame back on us. The only good thing to say is the system does cool and heat home well.

Description of Work
We purchase a Trane Heat Pump from Home Depot and had it installed using their "At-Home Services". Home Depot selected a contractor (USA Service Plus) to perform the install. Old equipment was removed and an electrical upgrade was required. Also all the duct work in our crawl space was replaced.

Stone works offers you granite countertops and any stone repairs, stone repairs including: stain removal, seams, hanging sinks, reseal surfaces, scratches, cracks, chips, etc,. We will be happy to help you with your project. We have very good prices, free estimate.  …

Our mission is to be a provider that bring the client and the customer to a fair agreement in Quaity work Pricing. As a professional contractor with Angie's Ads. AP Emperior Painting Service always give you a personal touch it's just what we do! for our customers. We are locally'd, owned and operated business right here in RVA. We are investedd in our clients and constantly strive for customer satisfaction. We won't leave until the job is done right! Call or click to schedule an estimate today! And thanks for your business. AL  …

Bringing the top quartz brands and natural stone products in the market to homeowners, builders, contractors, designers, and architects.  …

HOME DEPOT is currently rated 4.3 overall out of 5.

What services does HOME DEPOT offer?