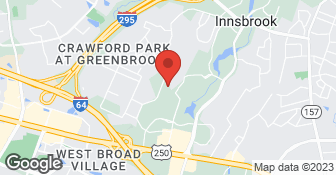 Coastal Contracting, Inc provides Central Virginia's premier roofing, window, siding, and general contractor services. From commercial roofing installations through a new, custom built deck for your home, our experienced general contractors can do it all....

I highly recommend this company! The work was excellent and they were a pleasure to work with rapidly responding to any questions.

Description of Work
Carpentry work was done on the siding. The deck and small bridge were replaced and the whole house painted and shutters installed!

We will hire Coastal Contracting again for our next project. Great managers and crew, respectful and friendly but most importantly, high quality work. It was a fairly big project with a number of different areas of repair and they knocked it out!

The work was fantastic. Really good and professional contractors.

They did a phenomenal job.

Description of Work
I needed a deck put on the back of my home.

Kwan and the crew at Coastal Contracting are amazing. In selling my own house (I'm a realtor), I needed a contractor that could handle multiple pieces, is cost effective, communicates well, and will take care of problems when they come up. Coastal gets an "A" for all that. I regularly recommend them to clients as a one-stop shop when preparing their homes for sale or for negotiated repair items. Coastal has tons of experience and can bring in most trades to take care of most items.

The contractor was on time to the initial quote appointment, and turned over a completed quote for the work requested within a few days. The contract was clearly articulated and extremely detailed; very easy to review and accept. The lead contractor communicated the schedule and status of the project effectively, and promptly indicated any delays related to weather. The work performed was very well executed, it was exactly as requested and I am very pleased with the final product. Would use again for any work needed.

Let’s start with, we will NEVER use this company again. I don’t know who is writing all the 5-star reviews, but they must be working with a different Coastal Contracting. I am hesitant to even write this review while my project is still incomplete as I fear it may delay this project even further. At this point, we don’t see how it can get any worse. We are nearing the end of the 9th week of a proposed 4-week kitchen remodel. I only write this as a near-last resort, as regular calls, emails and texts go ignored or disregarded. Initially, we were told that delays were due to an unexpected need to replace our kitchen floors (included in the contract as a possibility). Further delay was blamed on the custom cabinets, two; one for a range hood, the other a small bookshelf (also included in the contract). In reality, the delay is because Coastal can’t seem to keep up with the work they commit to, or, they can’t project manage their way out of a wet paper bag. On average, we get about 2 days of work out of Coastal a week. The rest of the time our house lies dust covered with plastic sheeting, literally blowing in the wind and us with no information on what’s next. Since sending an email to the owner, project manager and sales manager with concerns about the length of time this project is taking (along with our 3rd $5,000 installment), we have had the same painter at our house every day for 3 weeks. The painter appears to be using our house as his remote office to quote/bid on more work that Coastal can’t complete while NOT painting our house. But hey, at least there is someone at the house every day. The painter’s work has been fine, when he has time to do work. He even stays late and works some weekends to finish as much as he can. However, nothing else has occurred over those three weeks with the exception of countertops being installed by a non-Coastal company. The communication and expectation setting have been the worst part of this experience. We have been told on multiple occasions that the project is on track despite evidence to the contrary. At the end of April, week 5, we were told that the project would be done by the end of the month (May). We were told again last Thursday, May 23rd, by a project manager who hasn’t been to the house for almost two weeks, that they would be finished by the end of the month (still May). Today is May 29th and painting the isn’t finished, cabinets are still laying on the ground, a wall is still missing drywall, there’s electrical work to be done, trim to be installed, a storm door that has vanished into the ether, floors to be finished, appliances to be re-installed and of course final touch-ups on whatever work has been performed over the last 9 weeks. Based on the pace we have seen from Coastal so far, we’re still 2-3 weeks from finishing. At this point I don’t know what we can do. The employees at Coastal don’t appear concerned that we were promised a new kitchen in 4 weeks but are still without one after nearly 10. There certainly isn’t any sense of urgency on their part. We pay our installments; they continue to not show up. Seems like a good deal for them, us. . .not so much. I fear we are stuck with Coastal until the project is done. We just hope we can keep other people from going through the same trouble.

Description of Work
They did interior painting.

Repairs and paint job were beautiful. Whole project only took 2 days and all the workers were polite and professional. It now looks as if I have a new house and garage

This was a very interesting experience, with some good parts, and some bad, making it an overall C experience. I would more than likely look elsewhere next time. We were looking for estimates to get a leaky window fixed. The representative from the company came out and took a look at our roof. He gave us an initial estimate for the roof, windows, skylight, and front porch railing, and said that we could get financing through the company to get these things fixed. Come 3-4 weeks later, there were problems with their financing company, so still no financing. We needed to get the work done and did not have all the cash on hand, so the contractor was able to take a small down payment and do the roof and the windows. He told us we could pay the rest in small payments or when we were able. It turned out the roof was worse than expected and had a lot of rotting wood, so the price increased. It turns out that the company's representative and the company were apparently not communicating well, and he did not tell the company, nor did the company approve the financing agreement. So, about two months or so after the work, we get a call from the company threatening to take legal action. We explained to the lady what their representative had told us, and she worked with us so we could pay off the bill over the next several months. Overall, the work was good. They did a great job on the windows and the roof. The qualify of the work is not an issue. I think it's just the communication within the company. Next time, I will probably look for another company without so many issues.

Description of Work
We had the roof over our Florida room replaced, as well as various parts of the roof on the house. We also had our windows wrapped in vinyl. They also replaced the flashing around our skylight.

A very good experience overall. Quality materials were used and the cost of the job was very fair in comparison to other estimates I received. The finished roof looks excellent and the job was completed in one day. The site manager and crew were very professional.

Everything went really well. Coastal Contracting was there when they said they would be,had very fair and reasonable prices, and did not stop until the job was done to our satisfaction. The quality of their work is excellent, and they even came out MONTHS after they had finished because there was something else we wanted them to address.The owner,Kwan, was very patient and understanding when I brought our children out to every meeting. As a mom,I felt heard,and that I could trust this company. They took really good care of us-you don't find too many companies like that any more!

Description of Work
After firing our first builder Reynolds Cowardin, owner of Coastline Builders of Va., for causing extensive damage to our property,poor workmanship,and lying about prices & handling of money, we were told by a friend about Coastal Contracting. We had moved,and were now undergoing a huge remodeling project of our home. Coastal Contracting came in and not only completed our florida room and home, but they also corrected all the damage and code violations caused by the previous builder.

Alliance Roofing did a great job replacing our roof. It only took them about four days to completely replace the roof. They cleaned up after themselves every day before leaving and we have had no issues with the roof. They are a great company to work with.

We have the experience and dedication to bring your dreams to reality! We guarantee your satisfaction, and we won’t leave until the job is done right. Call or click to schedule a free estimate today!”  …

B. Lilly was founded in august of 2006 & is owned and operated by Brent Lilly. We are located in Richmond, VA, have 15 years of experience, and will always take the time to ensure a job well done and will provide top-quality interior painting services. 100% satisfaction guaranteed. May contact through email (blilly@blillypainting.com), call or text (804) 334-8204  …

How is Coastal Contracting of VA overall rated?

Coastal Contracting of VA is currently rated 4.5 overall out of 5.

What days are Coastal Contracting of VA open?

Coastal Contracting of VA is open:

What payment options does Coastal Contracting of VA provide

No, Coastal Contracting of VA does not offer eco-friendly accreditations.

Are warranties offered by Coastal Contracting of VA?

What services does Coastal Contracting of VA offer?