All Around Home Maintenance

With Angi since October 2011 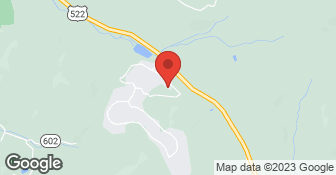 5 employees. No subcontractors. Flat rates. No travel charges. We do exterior power washing. Complete Interior and Exterior Painting. Professional spray paint in the exterior vinyl siding with two different colors New stain and re stain decks and kitchen cabinets very detail with 18 years experience Drywall repair and any kind of texture match Also we Do wood repairs. Play with colors and match any old stain with any kind new wood also we spray stain on cedar wood in bay area houses . We also fix any scratches on hardwood floors We convert stain kitchen cabinets to paint using special primer for it and we work with two coats paint and primer when we are in the process we cover ceiling s Wall's and floors to prevent the. Over spray we don't use paint brushes to put the two last final coats . We also do stain in the concrete using hyc products acide stain. I also provide some deals for all my customers I WILBER A Gonzalez From WILBER S PAINTING want to let my customers know hwo ever buy any of my deals please contact me here's Mobil 5406848990 Or by email gonzalezchy11@gmail.com or please wait it might take me few days to get in touch with you We're also providing our service in all Mecklenburg county NC the owner of this company will be giving you an estimate in person for the Charlotte NC area we have available 5406848990 or 704 995 9538 call or text at anytime time from 5 am to 10 pm IN GOD WE TRUST GOD BLESS YOU ALL THANKS FOR YOUR BUSINESS WITH US WILBER A GONZALEZ OWNER  …

Since 2010 Serving Northern, VA and the Triangle, our everyday company goal is to provide 100% customer satisfaction and to provide the best possible experience for our customers. From your initial contact with us all the way through work completion and payment, our focus is you, our customer, and making sure that you are confident you chose Ashburn Roofing! Our 10-Years of Local Roofing Services has made us an roofing industry leader, we will continue to raise the bar high! Ashburn Roofing Company is a Certified GAF Roofing Contractor, and represents the highest standards of excellence, quality and knowledge in the shingle roofing industry. Ashburn Roofing has shown extensive knowledge of shingle installation and quality through rigorous testing, inspections and has provided GAF with proof of workers’ compensation and liability insurance. Only a GAF Certified Contractor can offer you extended warranty coverage when an GAF Roof System is installed on your Home. STORM DAMAGE ? Every minute is vital when handling roof storm damages. If you have water entering the home through the ceiling, we offer cover and tarp services for the entire Northern Virgina Areas. We encourage our customers to reach out at the first sight of a roofing problem. We’ll arrive onsite with waterproof materials and fasteners to shield your home or business until a complete storm damage roof inspection takes place. Assessing roof storm damages is extremely dangerous, so do not attempt to attach coverings without the help of a professional. Instead, trust our storm roofing company to prevent leaks and punctures from getting worse. We charge a minimum of $500 for cover and tarp services, but this fee is usually covered by your insurance provider after filing an initial claim.!  …

We are specialists in roofing replacement and gutter installations. Our installers are certified, highly-trained, and known for top-quality work. To experience our excellent customer service, call now to set up your estimate at (434) 484-2372.  …