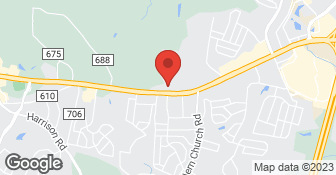 Apple Home Improvement is a Virginia-based exterior remodeling company specializing in windows, doors, roofing, siding, trim, gutters, decks, porch rails and more. Customer service is our number one priority and our ultimate goal is a happy customer. Feel free to contact us with any remodeling questions or for a quote. We look forward to working with you! We accept major credit cards and check for payments....

Window Depot is not your typical window replacement company! We pride ourselves on offering the greatest selection of replacement windows, vinyl siding, entry doors, patio doors, and options available in our markets - including vinyl, composite, and wood - from several manufacturers. Whether you are looking for economy, premium, or anything in between, we can help. We provide honest, unbiased education and advice to help you choose the products that will work best for you and your family. We are proud to offer Vinyl, Composite and Wood windows with more standard features, Triple Pane at Dual Pane prices, a Lifetime Warranty, and an honest and ethical approach to doing business. From your initial contact with our company through the successful completion of your project and beyond, our goal is to provide you with the very best home improvement experience possible. We are committed to building and maintaining positive, long-term relationships. We have built our name and reputation on providing honest advice, quality products, professional installation, and exceptional service. If you are not satisfied, we are not satisfied. Instead of a transactional sales process, we believe in providing a two-way educational opportunity. Our consultations begin with questions to better understand your needs and objectives. Then we educate you on the various products and services available that will meet your needs. And finally, we help you select the most appropriate product(s) for your home and budget. The last thing you need is high-pressure sales tactics, gimmicks, or intimidation to coerce you into buying something that you don’t need, or at a time when you are not ready. Our partnership with one of the nation’s largest home improvement networks provides us with significant buying power, allowing us to pass along tremendous savings to our customers without sacrificing quality. And we back it up with the service and craftsmanship of a locally owned and operated business.  …

Renewal by Andersen replacement windows are not only built for beauty, they're built for performance, too. Made from Renewal by Andersen's exclusive Fibrex material, this breakthrough composite combines the strength & stability of wood with the low-maintenance features of vinyl replacement windows. We are a company that handles everything from start to finish & we offer one of the best limited warranties which even covers installation. We've installed over 2 million windows in more than 300,000 homes - we're the experts you can trust. What to expect from your free In-Home Consultation: Renewal by Andersen custom-builds all replacement windows and replacement doors according to your home's exact needs. In order to provide accurate window and door pricing, a design consultant will meet with you in your home to discuss your replacement needs and provide you with pricing information. Specific-Time Appointments - We schedule window and door appointments at specific times, 6pm as an example, rather than a window of time such as 4pm - 8pm. No Pressure - We'll listen to your needs and present ideas to help improve the home you love. Custom Assessment - Every home is different. We will inspect your home's current window situation, identify any unique installation challenges and provide you with an accurate assessment and potential solutions. Options - Our replacement window and door specialists will provide you with both beautiful design options as well as efficient ways to make the most of your money. An Itemized Quote - During your consultation, we will provide you with an itemized quote that will allow you the opportunity to review your options and make the best decision for your home. No Obligation - Your free, in-home consultation is provided to you with no obligation.  …

Window world of fredericksburg is second generation locally family owned and operated by Raymond & Katie Duvall. Window world of fredericksburg, va your local leader in replacement windows throughout the virginia area, including fredericksburg, stafford, spotsylvania, and the surround areas. We sell and install a huge selection of customizable replacement windows, siding, doors & more. Our windows are also available in low-e energy efficient ratings, which will save you money on short-term and long-term energy bills!  …

They have not done work I paid for!

Description of Work
Did not do the work I paid for. The company does not answer phone calls. I paid them Aug 1. 2017. They office in Fredericksburg Va is always closed.

Adam responded to my request on another website quickly; he met me at the house on time and volunteered that someone else makes the appointments, and while he's the marketing manager, he sometimes goes out to write up quotes (think: large company with high overhead), but he wasn't able to speak to possible storm damage on my roof as he's not a roofer. After about 5 minutes, he gave me a verbal (and later an email) quote that nearly 40% higher than the highest of the other three quotes I had received; when I emailed asking about it, I didn't receive a response.