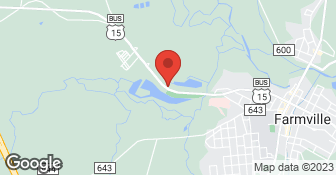 Providing you with cost effective and eco-friendly solutions to all of your pest problems....

I would never recommend this company. You cannot trust anything they tell you, and if you are unsatisfied they will threaten you with a cancellation fee ($150). I have tried to resolve this amicably but it is obvious that when you call they have no idea who you are, messages are not passed on to the appropriate person, and it doesn’t matter to them whether they perform the service for which you hired them. I’m sure there are good service companies out there in this industry, but I would recommend avoiding Bug Busters if you value your time, resources, and sanity. I have tried to be nice and resolve this with the company. The Director of Operations told me “the buck stops here”. I am not sure that is true.

Description of Work
I originally hired Bug Busters for a quarterly service for my home. The initial service ($150) went well and I appreciated the time the technician spent addressing our concerns. On the next visit, the technician never treated the areas we pointed out that were overrun with spiders. I was unaware at the time that the technician told my wife, who is disabled, that he didn’t have the tool to treat those areas.it was only after I mentioned to my wife how bad the spiders were around the windows, the porch, and the deck, that she told me that the technician never treated those areas because he didn’t have the tool on his truck. I have called Bug Busters more times than I can remember and they told me we needed to give it more time. They finally agreed to send out another technician in between quarterly appointments, and once again the technician failed to bring the appropriate tool to perform the treatment. I immediately called Bug Busters and was patched through to the service manager. He was rude at best and threatened me with a cancellation fee if we didn’t let them come out for the next quarterly visit. I reminded him thatI had already paid for the initial treatment and the second quarterly visit. The second quarterly visit and the service call they had failed to perform what I paid them to do. After many in returned phone calls, I finally reached the Director of Operations. He was very polite and apologetic and said he would research my problem and get back to me. He never returned my phone call within 48 hours so I called him and did reach him. He was apologetic and stated he didn’t know why his guys came out without the proper equipment, that he had cancelled my contract and he hoped I would give him another chance in the future. He stated his guys coming out without that tool would be like a painter showing up to paint your house without a paint brush. I thanked him for his time and told him we may try again in the future. Since that phone call, I have received two notices from a collection agency to pay the money or they would put it on my credit report. I have attempted to call the Director of Operations but he is always unavailable and I have yet to receive a returned phone call. I talked to the same customer service rep, with whom I have had many conversations in the past, and he was no help at all.

My strictly indoor cats did develop a slight flea problem, but bugs are persistent and they have come out like clockwork and I've never had ants in the house. They used to come into my kitchen and I haven't seen any. Put in 1/2 inch thick vinyl covers on the vents to keep the raccoons out.

The first gentlemen, Chris, was WONDERFUL!! Technician who came out did a very thorough job and sooner than we expected. Looking forward to the next visit. Great customer service. Work done well.

Description of Work
First someone came out to review and estimate the job. Then the technician came out to do the work.

Description of Work
"Called them for an inspection - estimate for a rodent issue. Something chewed a hole in the wall of the pantry and was sure also wrecking havoc in an HVAC vent. Their rep came out and peered through the crawl space access saying it was probably a rat. HE NEVER WENT INTO THE CRAWL SPACE. Then he tried to get us to sign a contract for a years service which I refused. I then called another company who's rep came ou went under the house and discovered the culprit was a squirrel that pushed the dryer vent off and was starting to store acorns. He was confident it was not a rat as there were no droppings and he put the dryer vent back in place . That was all that was needed. Bug Busters didn't even attempt to a**** the actual problem. They just wanted to sell something I didn't need."

I needed a termite inspection last minute to close on our new home. After calling several other companies with no results, I called Bug Busters frantically looking for someone who could do it the next day.. The ladies on the phone were very sweet and helpful and had an inspector out the next morning. Our new home was built in the 1850's so the crawl space is very small, cramped, and to be honest, just plain gross. That didn't prevent him from performing a thorough inspection and reassuring us that our new home was termite free. I am so appreciative and would highly recommend their services.

I called Bug Busters for a consistant ant problem that I have had. I have treated it with over the counter pesticides and the problem just continued. Bug Busters sent a technician named Jamie. He was VERY knowledgeable about the business and the problem that I was having. Jamie explained that my little pests were called odorous house ants that often nest indoor in wall and floor voids. He explained that they like crevices around sinks and cupboards and stated that since I only had wingless ants in the house it meant that they were just worker ants and the nest was still outside... the worker ants were simply inside foraging for food. Jamie's knowledge of his trade and his dedication to treat my house professionally is the reason that I highly recommend Bug Busters pest control. I have not had a problem since. :) THANK YOU JAMIE AND BUG BUSTERS :)

They came out and quoted and were here the next day to address the problem. They treated all of the furniture for bedbugs and did a good job. They came out later for a follow up and didn't charge at all for the visit. They provided a 6 month guarantee for their treatment.

Description of Work
I received a quote and treatment for bed bugs.

We have the experience and dedication to get the job done right! Specializing in HVAC and Plumbing services; We guarantee your satisfaction, and we won't leave until the job is done right. We pride ourselves on the quality work we provide, while delivering great customer service! Call or click for your FREE estimate today!  …

We have the experience and dedication to bring your dreams to reality! Specializing in Pressure Washing & Driveway Sealcoating by hand, roofing, concrete work, and asphalt driveways. we guarantee your satisfaction, and we won’t leave until the job is done right. We pride ourselves on the quality work we provide, while delivering great customer service! Call or click to schedule a free estimate today!  …

No, Bug Busters Pest Control Services Inc. does not offer a senior discount.

Are there any services Bug Busters Pest Control Services Inc. does not offer?