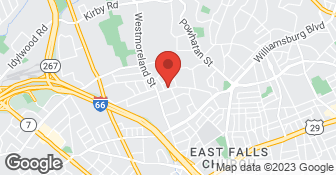 FAMILY OWNED & OPERATED FULL SERVICE REMODELING CONTRACTOR.Myself and my staff are dedicated to providing constant, clear communication throughout every home remodeling project with our clients. We maintain the highest level of craftsmanship and only expect 100% satisfaction from each and every client. Listed below are just a few of the reasons other homeowners hire us: Owner on site everyday means no project manager and multiple people trying to making decisions. We do all our own work so we are there everyday. Our Passion for Quality. We are driven to do only quality work from start to finish so our final product is something you want to share with family and friends. My 37 years of experience provides us the ability to interpret your home's age, architecture, style, neighborhood concerns, market value, resale concerns, and design trends to provide you with the most value for your money. After you speak with my references, you will see that I am a professional contractor who can do the job right the first time, and bring it in on budget. Please don’t hesitate to call me if you have any questions or if you would like to meet again. I appreciate the opportunity to work with you. I think you’ll be pleased with the results.

Progress on this project was slower than we expected at the start. Days were skipped. Half days we scheduled. Days when work was to be done were cancelled at the last minute. After three weeks with the job 75% complete, Mr. Baumbach abandoned the job. The last time we saw him was to pay $1,000 for a subcontractor for the shower enclosure, which Mr. Baumbach kept rather than paying the subcontractor. He did not respond to repeated voice mails and e mails. After about a month, we received an note from someone with access to his e mail account, stating that he had medical problems and would be able to resume work in a week. Three months later, we gave up, hired another contractor to finish the job, and worked with the subcontractor directly. On two occasions, we went to Mr. Baumbach's residence (which is his place of business), the second time to return the tools and materials he left at our house. On both occasions, he was verbally abusive. He also did not respond to repeated attempts by the Better Business Bureau to resolve this job, and they told us he had previous complaints to which he also did not respond. We ultimately had to go to Small Claims Court to recover the money he stole from us.

Description of Work
Replace a shower and enclosure. Install recessed lighting in basement.

It never got started!

Description of Work
This person never responded to my email for services.

The overall workmanship was satisfactory and most of the laborers were polite and worked well. There were some issues with the bathroom they used during work hours. We had some challanges with the driveway which is splotchy in color in some places, but the bulk of the work is acceptable. There were some delays in finally finishing the last window because the order supposedly came in damaged. Our major complaint is that the garage door opener the workman installed fell onto the roof of our car and did $847.00 worth of damage. While Mr Baumbach came over immediately and repaired the opener, he never paid us the money we spent to have the car repaired as he had agreed to do at the time. We tried calling, e-mailing, certified letter and got no response. Subsequently we went to small claims court and were awarded damages but still no response from Mr. Buambach. We are still out the $847 dollars from the damage caused by his sloppy installation.

Description of Work
This company closed in our carport to make a garage, added a pantry to our kitchen, completed a stone walkway and poured a new driveway.

My experience with them was mixed. Their work was good. They installed some wrong windows. He thought it was his mistake. He said he would replace them. It has been four months and he has not done so and our condo association is coming down on us for it. He no longer takes any contact I try to make with him. The quality of the rest of the work was great so I am kind of sad.

Description of Work
He did a kitchen, bathroom, and living room renovation.

Our goal at Absolute Flooring is to give you the best customer service while providing the highest quality work without cutting corners. Call Ed today for your free in home estimate at 703-389-3610. We look forward to helping you make your home or business beautiful.  …

How is DAVID BAUMBACH overall rated?

DAVID BAUMBACH is currently rated 2.6 overall out of 5.

What days are DAVID BAUMBACH open?

No, DAVID BAUMBACH does not offer eco-friendly accreditations.

Are warranties offered by DAVID BAUMBACH?

No, DAVID BAUMBACH does not offer warranties.

What services does DAVID BAUMBACH offer?