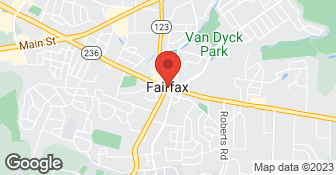 Xscapes professional landscape designers create elegant garden and landscaping designs for your backyard, front yard or patio. Let us transform your home gardens or yards into your own private xscapes, right down to the lighting designs! When property managers and homeowners need an experienced landscape contractor, the company most often commissioned for the job is Xscapes Landscaping. As a Northern Virginia family-owned and operated landscape company, we’re relied upon to design, build, maintain and enhance various properties of unique beauty and complexity. We have a 25-year reputation for our high levels of expertise and technical ability, outstanding customer service, unparalleled execution of our work and a true understanding of customers’ needs. Our design and installation crews not only create beautiful residential landscapes; we also service commercial maintenance accounts for many companies large and small. Xscapes Landscaping sets the industry standard as a trusted and innovative designer for hardscape, sustainable planting and construction with stone, rocks, lights, retaining walls, drainage solutions and more! At Xscapes Landscaping we routinely transform the everyday into unique and special environments – whether it’s a private residence, retail center, office complex or homeowner’s association property, Xscapes Landscaping is dedicated to serving all of your landscape needs....

Weed Man Lawn Care Fairfax-Manassas, VA is a network of locally owned and operated lawn care professionals providing environmentally responsible fertilization, weed control and surface insect with grub control services. For the past 40 years, Weed Man's promise has always been the same: We treat your lawn as if it were our own and provide you with honest and open communication. Additional contact name - Christine Musselman. Additional DBA - Weed Man.  …

Envirogrow Lawn & Landscape is a full service residential and commercial maintenance company serving the Northern Virginia Area. We have been in business for over twenty years. Envirogrow is fully insured and has a Class A Virginia Contractors License. Our crews are uniformed, well trained and each crew is overseen by an English speaking supervisor. Chemical and pesticide applicators are certified by the state of Virginia. The office staff is courteous and responsive to a client’s needs. We perform all levels of maintenance from a simple weekly or biweekly lawn mowing to full service twelve month turnkey maintenance plans. Landscape enhancements, new plantings and annual flowers are an integral part of our service business.  …

XScapes / Joe and his employees are truly AMAZING ! They have skillfully, professionally and happily transformed our blah exterior into a beautiful work of flagstone hardscape ! These men took great care of our property and our house . I have been in construction almost 40 years and this company's work and work ethic are what we should all design ourselves by. AA++ THANK YOU XSCAPES !

Description of Work
They did lawn work for us!

Went great. Joe was responsive and timely with proposal and with work. Ideas to control water were smart and well executed. Greg met me next day after project completion to follow-up. He fixed one cosmetic issue (his) and helped me with another (mine). While he was there a heavy rain came and we watched the rain water flow away from the problem area. Problem solved.

the project was fine. a bit all of a sudden. i was called the morning of the installation that they were coming. THis was due to the wet spring we had, they never knew when they were going to be able to get the sod cut.

Fantastic. True professionals - The yard looks great and the drainage plan is well thought out with several versions to best fit my budget.

They were okay, but we have actually quit on them and we are using somebody else. For somethings they were good, but for somethings we were not quite so happy with. Their price was probably average. They were okay. They used to send someone in who would roamer around and in 10 minutes he was out the door. We have found a couple of young guys that are starting up, with whom I think we can communicate much better.

Description of Work
Xscapes Landscaping did the lawn for us.

Wrong company We don't work in Maryland. We only work in Northern Virginia Thank you. Please delete your post
5.0

They were a little slow to respond to calls during the big process. However they work was completed on time and as planned. The best part was they did all of the work while we were away on vacation. They sent us pictures of the progress every day. The work was done and looked great when we got home. Very pleased.

Description of Work
Built a large flat area for a swing set in a steeply sloping yard contained in a box of 8x8's.

The installation team was great. The Foreman would give us morning and evening updates, he would give us the expectations for the next few days of work and carefully explained how to care for our new plantings. The owner, Joe, would visit regularly, as well, and made some on-the-fly changes to better suit our lifestyle. Joe understood how to best layout the fence and which materials to use in order to keep our active dogs safely in our yard. When discussing the firepit Joe helped us understand guest behaviors and as a result we changed the profile of the firepit and sitting wall and it is indeed a great improvement from our original design. Joe's simple, inexpensive solution to our deck improves guest circulation and improves guest safety, and with 4 kids is very important to us. I would recommend Joe 100%!

Description of Work
Xscapes did a major overhaul of the entire exterior. Beautiful stone work, fire pit, sitting wall, lighting, fencing around the back yard, the renovated the deck, built a shed, corrected several long-standing drainage issues, laid sod, planted tree....and so much more. The front yard and back yard look amazing. We had several friends, come over for a party, ask us if our 12 year-old home was brand new!!! Wow, what a nice compliment.

Their services were excellent. They were a little expensive, but they were worth it.

Description of Work
They did hardscaping and landscaping.

The owner, Joe, came over and met personally with us to help design this project. He listened to what we wanted and came back with a drawing that was exactly what we had envisioned AND was able to keep it within our budget. As we had requested, the designs were not of your standard patio. As an example, our largest patio contains a fire pit, large rock wall, and incorporates a pre-existing garden. He also worked with our homeowners association to clear the project with them and was very prompt with regards to meeting their deadlines. When they began working on our patios he introduced me to the head foreman, Greg. I was able to talk to Greg everyday and get an update on the status of the project. Joe was also present almost every day and was always reachable by phone if we had any questions. The crew that worked on the project was here every day at the same time and worked diligently to complete the project, putting in eight hour days five days a week. The crew was also very tidy and cleaned up after themselves every day. The project took about six weeks to complete, which we were impressed with considering the rough weather that we had during construction. When the project was complete we were estatic with the results of their efforts. The patios turned out better than we had envisioned, the earlier drawings did not do them justice. The landscaping was done with only the best plants and flowers, you won't find this company trying to cut corners by planting flowers on their last leg of life. They also re-sodded our yard and it has taken beautifully, even better than the one our builder put in when we moved in. The lighting that they did around the patios adds an extra adds an extra element at night and accentuates the exceptional craftsmanship of the patios and landscaping. The price that we paid was more than justified given the craftsmenship, professionalism, and quality of materials used by this company. Our friends and neighbors are constantly raving about this work and we couldn't be happier. We would highly recommend this company for any landscaping/hardscaping project.

Description of Work
Designed and built four slate and stone patios, one with built in fire pit. They also created stairs and pathways between patios made of large stones and did landscaping and lighting around the patios.