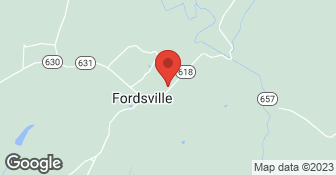 We are a family owned and operated business, professional work with fair pricing, all our work is guaranteed. We charge a small diagnostic fee to come to your home with upfront pricing for repairs, we offer free estimates for replacement systems....

I scheduled an appointment for two locations several weeks in advance, and provided addresses and phone numbers for both. I was told that the technician would arrive at 8:30 "maybe a bit earlier if that's okay" to my house, and then would move on to service the units at my workplace immediately afterward. I stated that this sounded good, since I would need to get to work as early as possible. At 8:45am, no technician had arrived, so I called TKC to ask when I could expect him to arrive. They said that he had to stop somewhere on the way, but would probably show up around 9:30, maybe a bit later. I told them I had to go to work, but fortunately had a family member staying at my house who could let them in. I then got to work and was in the middle of a meeting at 9:30 when TKC arrived and pulled me out of my meeting to give him instructions (the same instructions I'd given them over the phone). I explained that I had waited for him at my house for 45 minutes, and he claimed that we'd never given him the address. He serviced our two commercial and 1 residential units over the course of about an hour, told us we needed 2.5 pounds of R-22 for the commercial unit, and that the cost of R-22 was $185/pound. I trusted him to charge a reasonable price based on past experience with the company, so I authorized the charge. He then proceeded to my home, where he spent 90 minutes servicing my home unit, and again, found that I needed 2 pounds of R-22, so I once again authorized the charge based on my assumption that I was being charged the fair market value for the product plus any administrative costs and for his time. At this visit, the cost of R-22 was $157/pound. Long story short, when I got my bills, they were outrageous. For my single home unit, I was charged: $75 service call for system maintenance $125 for system maintenance $157 x 2 = $314 for 2 pounds of R-22 (which retails at $31/pound, so figure about $252 in profit) =$514 total The exact same service, provided by a different licensed and insured company two years ago, was $150 + R-22 at cost ($12/pound at that time) For my 2 office units and 1 residential unit, I was charged $95 service call for system maintenance ($20 more than at my house) $95 to service a unit that TKC installed new last year ($30 less than at my house) $125 to service commercial unit (same price as servicing my home unit) $125 to service second commercial unit $185 x 2 = $462.50 for 2.5 pounds of R-22 ($28/pound more expensive than at my home, and $154/pound over retail) =$902.50 total I called TKC and very politely and delicately asked them for an explanation of why the price of R22 was so high and why the price of identical services varied from location to location. I was met with hostility and what sounded like insulted defensiveness. I was directed to an online article that explains that R-22 costs $31/pound, and was told that the EPA was to blame for the high costs of R-22 (despite it costing over $120/pound less than TKC was charging), and that I should expect my costs to continue to increase until I buy a new unit that doesn't use R-22. I explained that it's perfectly reasonable for them to mark up the price a bit to cover administrative costs and some profit, but that a markup of over 500% seemed excessive, especially given that I had already paid for the technician's visit to my home, and for the maintenance of my system. The person on the phone refused to budge, and told me that my assessment of the situation was unfair, and that she would not make any concessions on the price. Summary: - The quality of the work was excellent - The customer service was terrible - The technician was very late and arrived at the incorrect location - Nobody called to tell me that the technician was running behind schedule - The amounts charged were unreasonably high, and unexplained discrepancies between locations, combined with competitors' prices, suggest price gouging

Mike's young team worked hard and, by all accounts, did an outstanding job.

Looked on Angie's List , found TKC conveniently located in our town. Called and they were here in 30 minutes. Turned out the emergency switch was broken off. It was after hours, we decided since our A/c was 10 years old we'd sign up for the service contract. This was our decision, the tech did not bring this up, but we benefited from the decision. With the contract $250 per year and service call, labor and part, it was a total of $390. We are very satisfied.

TKC Heating & Air Conditioning did a great job in getting my home back on track when the unit failed. Crew that came initially were very courteous in providing correct diagnostics. Jason and Elijah did the full installation of the new unit and were very professional throughout the process. Thank you TKC!

Super efficient. Came in, got the job done in a neat and friendly manner. Thank you so much!

Description of Work
Small repairs to my A/C unit

Very well. Nice to have someone respond in a timely fashion, especially over a holiday in a heat wave. Thanks

They were on time and very professional throughout the service. They explained everything they were doing in detail. They were excellent and I would highly recommend them.

Description of Work
My furnace was not working so TKC came and checked out the situation. They got the furnace working and cleaned it as well. They changed the furnace filter. They also checked the air conditioning unit and the fireplace. They could not get the AC to work at the time, however, they are now in the process of installing a new one.

They arrived very quickly after the call and the service was professional and competent. Overall the repair seemed pricey seeing how it was just a circuit breaker replacement, but it could have been worse as the AC unit itself was okay.

Description of Work
A/C compressor unit stopped working. The problem was quickly tracked to electrical circuit failure. They replaced the circuit breaker and confirmed all was functioning.

Just about everything for your home concerning Heating and Air Conditioning, from maintenance to replacements, indoor air quality, duct cleaning and duct sealing.

TKC HEATING & AIR COND is currently rated 4.9 overall out of 5.