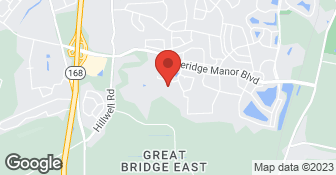 Eagle Eyes Painting provides Residential and Commercial Interior Painter, Power Washer, and Plaster. We bring our expertise and best practices to your home and provide you with service that will exceed your expectations. Customer satisfaction is our number one priority. Please call us or click for an estimate today!  …

He did a terrible job, left drip marks down the walls, did not paint all the trim like he was contracted to do. It was a terrible job. We ended up in small claims court to get our money back and won the case. We still have not received our money because he filed bankruptcy. I was told, after he finished painting that he was retiring from painting. In court he said this company was defunct, so I am surprised I am being asked for a review. I would avoid having work done by this company.

Description of Work
The provider painted the interior of our house.

My experience with them was awful. Basically, the man who owns the company did not do what he was contracted to do. We ended up with a half-finished job. He tripped down our wall, painted all over our filling and we ended up getting our money back. I would never use them again.

Description of Work
I used Accent on Painting for interior painting service.

it was great. he did all of the work himself. while the more expensive options would have done a more thorough painting of the cabinets, this was perfect for what i needed and the cabinets look great. i couldnt believe the quality for the price. other estimates were double what i paid. he cleaned up afterwards and even did a small unrelated odd job for me at no charge. great experience.

He does excellent work overall from start to finish. This includes his interior and exterior painting and work as a "handyman".

Description of Work
John Reese with Accent on Painting performed several jobs for me (he does more than painting when requested).Prior to his recent work he previously painted my entire house inside and out and I couldn't have had a better job.He also removed the wallpaper in my kitchen and painted the walls. He is a master at painting and very reasonable.As indicated above he does more than painting and recently he removed and replaced flooring in both of my bathroomsand repainted the walls. I have recommended him to several of my friends and they have been pleased with his work.He is honest, friendly, and very reliable.

I have recommended him to several people. He is very reliable and reasonable. He is also a very honest man. I am very pleased with him.

Description of Work
He painted my trim and replaced some of my woodwork. He also pressure washed my home.

He does very good work at a resonable price.

Description of Work
He replaced some rotted boards on the exterior of the house, painted the trim, and also pressure washed the entire house.

John Reece from Accent on Painting is completely unprofessional. After I took a day off of work so he could come and paint the inside of my house, I noticed that several things need to be fixed. He did not use painters tape to tape off the doors/trim or light fixture. We found paint on the trim as well as on the light fixture and wooden staircase. Also, we found several spots that did not have a first coat of paint as well as the spots that are peeling. He did not remove painting hooks, and chose to paint over them. He also did not sand the ceiling where he applied mud to a crack before painting. I mentioned that I wanted everything painted white, so he used flat ceiling paint. I am deeply upset that we hired him. He took our money and ruined our walls. I have several pictures if you would like to see his 'workmanship' and now we'll have to pay more money just to fix what he did. I spent months trying to get him to come back out and finish, but only have gotten emails from "Emma" saying that he is under medical care of a out of state doctor and will contact me when he gets back. After months of being avoided, I had my friend call asking if he was available, and he said he is “working on construction right now and would love to take an interior paint job.” At 8 ½ months pregnant and a 14 month old at home, I was struggling with going to small claims court over this. Instead, once I contacted ServiceMagic, the site I found him on, he eventually paid me back half($200 of $400). He even tried to send me an email telling me that I actually owed him money but that he was willing to ‘forgive’ that. He has stolen from me and my family. I did not have $200 to throw away on someone I trusted.

Description of Work
Was hired to paint the inside (2-story) hallway and ceiling to prepare for selling of house.

Basically what happened to this customer was that I was not allowed to finish the work as scheduled. I contracted with wife but apparently communication between husband and wife was not there. When I came back to continue the work the husband asked me to leave stating that he didn't even know who I was, etc. Work that was started was application of basic prime coat and prep work to prepare the walls for final coat when I returned on second day. Items such as painting over nails etc was due to paint being there prior to my painting. Overall, the major problem was lack of communication between spouses and the fact that I was not allowed to finish the job as planned. I have never been ordered to leave a project without explaining status of project. Upon my departure job was incomplete and only because I was ordered off the property immediately. In my years of my professional career as a painter, I have never been treated this way or ordered off a property of a client.