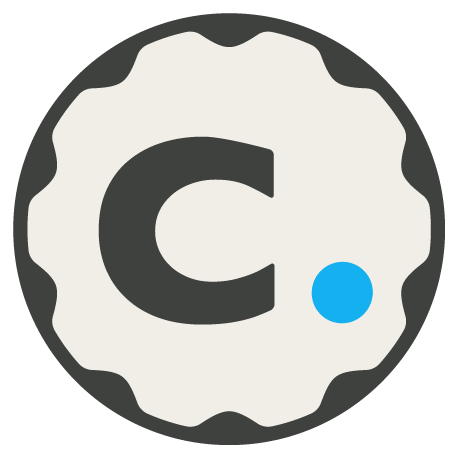 Clover Services has been serving Northern Virginia and the District of Columbia since 1981. Clover provides a full range of Plumbing, Heating and Air Conditioning, and Air Purification services for commercial, residential, and multifamily dwellings. Clover can install, repair, and replace all sized plumbing and HVAC systems. Emergency services are available. Clover Services is licensed, bonded, insured, and has an A+ rating on Angie's List. Contact us today for more information! Receive 5% off for Angie’s List members. ...

The Clover technician, Mason Craig, arrived on time during the hottest weekend hours and fixed my capicitor in 5 minutes. He was a life saver. Mason is a solid individual, knowledgeable in replacement options and took the time to arrange a long term fix. Strongly recommend.

Their technician mason Craig was obviously very well trained. He diagnosed the problem within just a few minutes and thoroughly checked the rest of the AC unit components and HVAC system. Clover services was Great about getting someone out to the house late on a Friday afternoon. Mason was good about explaining everything he was going to do and how the AC system worked and he gave me an estimate for a future upgrade of the system as mine is getting older. I would highly recommend this company they are very professional and well trained

They were timely and they don't try to upsell you. They always explain clearly what they're doing and were good at giving reminders.

They were timely and they don't try to upsell you. They always explain clearly what they're doing and were good at giving reminders.

Thank you for your kind words. We appreciate you so much. We strive to deliver exceptional service to all of our customers. Thank you for allowing us to continue to provide you with 5 Star Service.
4.0

Ms. [Member Name Removed], thank you for your kind words. We strive to deliver 5 STARRRRR Service each and everyday. Our customers, are not only our clients but a member of our Clover Family as well. We are happy that we delivered our promise of 5 Star service to you. Should you need us in the future for any HVAC or plumbing needs, please do not hesitate to reach out to us. Clover Services appreciates you.
5.0

We have used Clover for more than a dozen years. They do great work!

I sent a text to Clover on a Sunday evening when the temperatures had dropped very low and one of our HVAC units was not working properly. I was surprised to get a response the same evening and an appointment the following day. The technician was prompt and professional and had the repair made within an hour of his arrival. We also discussed some other potential areas of concern but he did not try to sell me on any additional services. It’s hard to rate price since I didn’t have time to get competing quotes but Clover’s price seemed reasonable, especially given the weather and the need to get the unit working again as quickly as possible. This is the second time I’ve used the company and I give them a very favorable recommendation.

Task was completed. Ryan Kibler did a fantastic job.

Inspection and cleaning of furnace/filters

Description of Work
It went well. The technician communicated with me very well, he was professional and did a great job

Technician eliminated an erroneous diagnosis from another vendor regarding a malfunctioning Inducer blower motor. Discovered source or rattling noise as faulty manufacturing by TRANE. Applied silicone to area to dampen the metal to metal rattle and tightened a loose metal strap which eliminated the noise.

I saw an ad for Clover Services on the back of my church bulletin. It said, “Parishioners receive an extra 5% off our already low prices!”, so I called Clover and inquired about the cost of replacing the two water shut off valves under my sink. The scheduler said it would be about $280 but couldn’t be sure. The service man arrived punctually at 8 am and I had the area under the sink all cleared and clean so he could go right to work. We spent time discussing the main water shut off valve being frozen as well and he described how they could come at two in the morning and get that done, etc. He spent about thirty to forty five minutes changing the valves, at one point talking with someone over the phone while under the sink, coming out to show me a small filter he said needed cleaning and stopping to go out to his truck for a while. When it was done he said the charge would be $610. When I questioned it, mentioning he had spent a lot of time consulting on a the other main valve job, he said he had been there almost 2 hours and the lowest his boss would let him charge was $525. I asked for an itemized bill and he said the office would send it. The next day I called the office and the woman who answered said someone would call me back. Six days later no one has called me back and I have no itemized bill. In my opinion Clover certainly does not charge low prices and in fact fleeces the unaware. I hope no elderly clients think they will get a fair deal from Clover just because their advertisement it is on the back of a church bulletin.

Great. Checked all parts of system including humidifier to make sure functioning properly.

There is still a slight unpleasant odor emanating from the toilet. Also you have to hold the flush lever down for a longer period of time with the new guts. It also appears that the technician used one of our washcloths instead of his own rag/wipe to assist with cleanup.

Tou did a great job with work if installment. BUT, I have not been informed that I need additional pieces needed to be installed for RELAC and they did next inspection and gave me pass certification.... is it reliable? This year RELAC people from Reston association came to tux the air condition issue that I had and they informed me that if I don’t have those pieces in the system, my house will get damaged and not good for my air quality. I contact Clover and they were not responsive and the response that they have given later was so unprofessional. I was happy with their service but finding this issue with my HVAC installation and their response made me decide not to work with them again. I thought that they were recommended with my Condo because they knew how RELAC work and the structure or how inspection passes. Obviously they don’t ... Thanks

Went well and waiting to see difference in air quality.

Description of Work
Check up, cleaning, and UV Light install

Fantastic! We have a Sears Home Warranty. After three service calls through Sears to fix our upstairs A/C (and several cancelled and no-show appointments) we hired Clover who came out the next day and repaired the A/C. They were prompt, efficient, did a great job. They revealed that the last time Sears came out to "fix" our A/C, Sears had the thermostat turned to the hottest temperature on full blast. We will hire Clover for ALL our future HVAC needs. Many thanks!

I contacted 3 companies and Clover was the only company that contacted me within 24 hours. The set up and service was excellent, Lizzie was wonderful and Jess (installer) was professional, a problem solver and very tidy. It was a lot of work and he did a great, cost $2280. Included the cost of the new heater and removal of the old heater. I would definitely recommend them to others

Description of Work
remove and install a new water heater

Techs were very thorough and professional. One of the coils were frozen up, and other problems were found. The first visit had to be an emergency one, with a follow up of the two tune-ups the following day. There is more work that will need to be done in the near future. This group was very thorough, and kept me up to date the entire time. They spent a lot of time here, and showed me the issues and explained each one to us and why they posed a problem. We have not been happy with any of our HVAC companies that we’ve dealt with in the NO VA area in the past 20 years. This group does things differently, they don’t pay their techs based on what they sell to the customer, they pay their techs by the hour, which makes a big difference in how they operate. We were very impressed and hope to work with them for a long time.

Thank you for your positive feedback. We strive in employing the areas most top notch professional's to take care of our customers. Thank you for choosing Clover Services for your HVAC needs.
5.0

Ryan was great. Solved the underlying issue, answered all questions, and made good suggestions for operation of multi-floor, 2 unit system. Highly recommended.

Thank you for your positive feedback. We strive to give your customers the best possible service with the areas top notch professional's to take care of our customers. Thank you for using Clover Service for your HVAC needs.