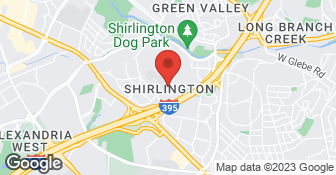 We offer financing options for various types of credit....

Eddie's has been in business since 2008. We are professional quality handyman service. Our services include, handyman work, home improvements, concrete, stone, patio builders, patio repair, swimming pool repair, hot tub repairs, brick, masonry, walls, outdoor kitchens and bbq and more! A large part of our success has been due to a reputation of professionalism, and honesty and skill in this field. Website: http://eddiesmultiservicesinc.com/  …

At John Donohue asphalt paving we are third-generation paving company with 35 years of experience and we are committed to giving a quality job at a fair price.we Specialize in complete overlays of existing asphalt surfaces we do Asphalt paving for all kinds of commercial parking lots and residential driveways,HOA private roads,streets,subdivisions, pipe stems anything asphalt we can do it. With a fleet of our own dump trucks and State of the Art paving equipment we can tackle any job big or small.Please give us a chance to earn you’re business thank you. John Donohue  …

Work began on February 21, 2013 and was finally completed on May 3, 2013. During this time below are some of the issues I dealt with: - Poor communication: contractor had items delivered to the house without notifying me; workers didn't know what the designer (who worked for the contractor) had designed - Water damage to other areas below the renovated bathroom (which they repaired, but it took two attempts before it was presentable) - Received a letter from my HOA on March 26, 2013 notifying me that the contractor had improperly disposed of dry wall materials into the storm drain in our subdivision. A deadline was given to clean it up which the contractor failed to meet - I had to clean it myself to ensure it was done on time and not be fined - Contractor indicated he was done and when I asked about the base of the vanity which was unfinished, was told that was how it was supposed to look. I then asked about the strip of wood that had been sitting in the garage with the rest of the construction materials--they then finished the vanity The end result of this master bath re-model: - Very poor craftsmanship with the drywall and tile, would never guess that a professional contractor did the job (have had 2 contractors come look at the completed work and they agreed!) - A mirror (from the vanity to ceiling) with scratches and black marks running throughout - A vanity with gouges and scratches - A shower partition they built that is not straight - No heat in the heated floor tiles - A shower I can't use because of the extremely poor tile/grout work I also learned from the Fairfax County Permit Application Center that this contractor didn't acquire any permits to do the work. They performed the renovation without the proper building, plumbing and electrical permits required by the county. The county called me back to also let me know that although the contractor has a state license, he doesn't have a license to perform home improvement work in Fairfax County. I asked for a refund since I now have to hire another contractor to re-do the work. However, the contractor has refused.

Description of Work
Found Integrity Builders (a subsidiary of Curl Salon LLC) at the Dulles Home Show and contracted them to renovate my master bath. It was a complete re-model of a 5' X 9' bathroom which included a new vanity, counter-top, mirror, light fixtures, toilet, heated tile flooring, painting, and a walk-in tiled shower stall to replace the bath tub.