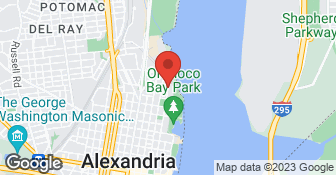 Enter our Ugliest Bathroom Contest through August 16th for a chance to win a FREE Bathroom Remodel. Visit our website at http://www.advancedconstructgroup.com/ to enter. Advanced Construction Group is a leader in providing superior construction services to our customers by creating a successful partnership with them throughout the construction process. Our pledge is to establish lasting relationships with our customers by exceeding their expectations and gaining their trust through exceptional performance. Advanced Construction Group is a private, locally owned and operated company headquartered in Northern Virginia, serving the greater DC Metro area. We specialize in commercial interior finishes and residential building and remodeling. Advanced Construction Group is a full service builder and re-modeler based in Northern Virginia. Additions and renovations are exciting, but come with complexities, lifestyle disruptions, and some uncertainty. By working with our clients every step of the project, we help to take away these concerns and maximize your comfort throughout. We approach each project, from bathroom remodeling to large additions, with the focus of producing the quality crafted product our clients expect. The biggest reward is our customer’s enjoying their new space! Our team looks forward to working with you – from the planning stages through construction, ACG is there

Everything went very well. We were very pleased with A+ Construction Group's work: both Al Nazarko's management and negotiations with the insurance company, and the construction work itself. The insurance company initially turned down my father’s claim, insisting that the cause of the leak was not the failure of the shower pan covered by the policy. We hired Al Nazarko from a distance (We don’t live in Florida) to give us an estimate for replacement of the shower. After inspecting the bathroom, he told us, to our surprise, that the cause of the problem was indeed the failure of the shower pan. Al provided the insurance company with persuasive evidence that the shower pan had failed and that there was water damage beneath the tiles. Long story short: Al convinced the insurance company to pay not only to replace the shower, but the entire bathroom. Al and those working under him for A+ Construction Group did excellent work. The bathroom looks very good, and everything seems solidly built and installed. What’s more, Al was especially accommodating of my father’s schedule and needs. Al Nazarko was a great advocate for us and he did excellent work.

Description of Work
We initially contacted A+ Construction Group (Al Nazarko) to replace the shower in my father’s condo when the downstairs neighbor complained of leakage.

I waited a year to write this review so I wouldn't sound like I was overreacting. We seemed to be their last priority during the year it took to get the permits and project done. Some of the work was rushed and of poor quality at the end. There was no one person here throughout the project who oversaw the quality of work. The first round of basement framing had to be pulled out and redone. On the second round of framing, the bathroom framing was not square, and no one noticed until a lot of work was done and it was too late to fix, so we have a wall that's noticeably not square. A kitchen cabinet was installed in the wrong place and had to be ripped out. Cabinets were scratched and dented during installation. An outlet box was left unwired, others were installed crookedly, and we had to have an electrician fix one that wasn't installed properly. Some of the door trim and baseboard was not cut properly and had big gaps with caulk pushed in to hide it. A worker left a door open and one of our dogs ran for a few blocks until a neighbor caught him... and on and on. Some things were fine, but a lot were not The workers who installed the kitchen tile backsplash arrived, unannounced, at 9 pm on a Saturday night, which was a little scary. We didn't want to send them away; who knew when they might come back? And just as we thought the mistakes were over, the guy who installed all of the kitchen hardware didn't think to ask us where we wanted the handles, so they all got installed too low on every door. I wince when I look at them. A pair of new Stanley sawhorses disappeared, but they apologized and reimbursed us for that. We got a lot of apologies, a so-so renovation of uneven quality, and regrets. Maybe they were overbooked and we got the worse workers, or maybe our job was too small. We didn't want a big confrontation - we just wanted this to be over. We would not recommend them.

Our basement is beautiful! They were knowledgeable and had great ideas for the design. They worked steadily and finished the work when they estimated they would. All the guys that worked on the project were kind and professional. We were always in communication by phone or email and I was well aware of the status of things at all times. It was a good experience and I would absolutely use them again.

It was horrible. Something went wrong. Every step of the way. Things from my house disappeared. There was vandalism in my house. The quality was not very exfoliate.

Description of Work
I used Advanced Construction Group for remodeling my house.

We really liked them, but we're not in the position to afford any one contractor just because of some life circumstances. I've found Advanced Construction to be very professional and of the people we found on Angie's List they are the ones we'd like to use. They kind of inspired us that they were equipped to do the job.

Description of Work
We got a quote from Advanced Construction Group for general remodeling.

The first bathroom we just wanted to resurface/refresh with new tile, paint, vanity, and fixtures. They helped us stay in our budget and did great work. Our second Master bathroom we knocked down walls and built a brand new bathroom from scratch. Including a glass shower and shower door built into a masterfully tiled space. They did a great job and we often joke that it was worth every penny after showers because we love it. ACG also helpe dus remodel our basement. We wanted to do some of the work like framing and insulation so ACG worked with us to provide teh services we needed but allowed us to do what we could to save some money.The also installed new Tile in our kitchen which looks fantastic. I would highly recommend ACG for any and all home renovations. The renovations took about 7 months to complete, they were very professional, clean , and friendly to work with.

Description of Work
ACG remodeled both of our bathrooms and Basement.

They were responsive and punctual and provided competitive estimate. Did not use because moving.

Description of Work
Asked for estimate on renovating basement and bathroom.

I found this company through Angie's List. Ratings were high so I hired them out of three estimates. They were very responsive, came prepared, had good ideas, highly professional, systematic follow-up, always asking how satisfied was I for the work and ensuring everything was done to satisfaction. Working team nice and responsive. Result was high quality and in a limited time frame.

Advanced Construction Group came to my rescue when another contractor failed to complete my exterior deck project. After i told my neighbor what happened with my original contractor, they suggested i give ACG a call to get a quote on the project. I first spoke with Larry and explained to him my situation. He was very professional and attentive over the phone . The next day he came out to my house to look at the existing work the original contractor did and walked me through various options to resolve the many issues. We ended up tearing down the other contractors work and doing a brand new design/build deck. Larry and his business partner Chad were there everyday during the construction process to ensure the job was done right. Both of them were very knowledgeable, understanding and easy to work with throughout the duration of the project. I would HIGHLY recommend ACG to any of my friends and neighbors.

Description of Work
After my original contractor failed to complete my exterior deck work. Advanced Construction Group was contracted for a design/build exterior deck project on my townhouse in Fairfax, VA.

ACG was absolutely a pleasure to work with on our remodeling and addition project. They were extremely professional throughout the entire project and helped ease our concerns by delivering ahead of schedule. We encountered unforeseen challenges during the process (excavation into a natural spring) and ACG provided quick, cost effective solutions, while taking the time to help us fully understand the challenge and ultimate solution. Their staff showed up on time and cleaned up daily. ACG guided us through each step of the project and helped with selections and provided multiple options to meet our budget needs. We highly recommend ACG and will use them on any future work.

When we contacted Advanced Construction Group they were very competitive with the price and we felt comfortable with Chad, who is one of the owners. Once we contracted them they provided an easy to read schedule and had guys working on the new foundation and demo as soon as the permit process was completed (about a week and a half). Carlos, who was the supervisor, was terrific at explaining and helping us feel involved with the process. Overall all the guys that worked on our home were courteous and professional and Chad Sparrow and Larry Walston were great at addressing all our needs or concerns. I highly recommend using them for any remodeling, addition or new home project you have.

Our company specializes in Concrete & Masonry projects in the DC Metro area since 2003. We primarily work in the Residential & light commercial sectors. We pride ourselves on providing quality work & customer satisfaction!  …

Closet America is a privately owned and locally operated manufacturer and installer of custom home organization systems for closets, home offices, pantries, media centers, and garages. By raising the standards for quality and customer service, Closet America has steadily grown into one of the premier names in the professional organizing systems industry. We have been consistently awarded the prestigious GuildMaster Award for exceptional customer service and satisfaction.  …

At Bienal Closets, we are on a mission to bring quality closet to every household in America. As professional closet organizers, we strive to bring quality, organization, and comfort to your space. Our closets are manufactured in America & Europe as our way of adding value to the economy, create jobs, save costs, and maintain high standards of production. We are ready for a new phase in providing storage solutions by using state-of-the-art technology to create 3D renditions of your closet choice. We take custom closet design a step further and allow you to create what you want with our online design support system. All our closets are manufactured in America & Turkey as a way of creating more jobs, keeping to the high American standard of quality, shorten lead time, and reduce delivery cost.  …

Advanced Construction Group is currently rated 4.4 overall out of 5.

No, Advanced Construction Group does not offer a senior discount.

No, Advanced Construction Group does not offer warranties.