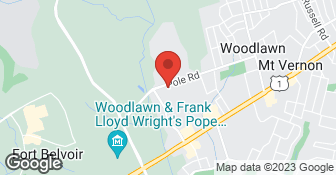 Bobby warned me that he was running late but still managed to arrive shortly after the promised time. He was courteous and efficient. He charged me less than the full amount "because I am a nice person" and then, when I rushed to write the check before he had added in the tax, refused to take payment for the tax he was owed. A splendid experience from start to finish.

Description of Work
After being stood up at the last minute by Sears Home Services, I contacted this agency around 7 pm on Thursday, November 4th. They scheduled an appointment for the following day. At around 2:33 pm, Bobby phoned me to let me know that he was running a bit late because of traffic (his promised arrival time was from noon to 3 pm). He arrived shortly after 3 pm, immediately diagnosed the problem with my dryer, and replaced the malfunctioning sensor. In addition, he removed a substantial amount of lint from the dryer hose and vaccuumed the area beneath and around the dryer.

I am very dissatisfied

Description of Work
They repaired my dryer for $301.33 the technician told me it should run for a long time because of replacing the heat element. He advised me to repair the dryer rather than buy a new one. On August 12, the dryer stopped producing heat, I called them and was told they do not guarantee their parts.

The technician took a deposit of $59.95 and said he would call me the next business day (Monday) to let me know about ordering the parts and it would take 2-3 days to receive the parts and fix the dishwasher. I never got a call so I called Tuesday to see what the hold-up was. I was told at that time that it would take 2-3 days for the parts but did not receive an estimate. (nor did I ask for one -- a hard lesson to learn!) When I didn't hear anything by Thursday, I called hoping it could be fixed on Friday b/c I had company coming for the weekend. I was told at that time that they thought the parts had been ordered but they wouldn't be available until Tuesday. When Tuesday came, I called the office and the manager said he had to call the technician and would call me back in an hour. No call. Two hours later, I called again and was told that the technician would come between 11 and 2. He came by noon. and went about taking the machine apart. 2 hours later he told me he was finished and showed me the machine working. Presented me with the $389 bill and when I gasped, he told me the soap dispenser was $169, the on-off switch was $69, etc. and I asked to see receipts for the parts. Put me on the phone with his manager who said that "somebody" said they told me the estimate. He got frustrated with me when I asked for proof that parts could really be that much - told me a website to go to but that I should let the technician go. When I said that I wanted to check before I paid, he suggested that the technician could take apart the machine and get back the parts if I wasn't going to pay. Finally, he told the technician to take $35 off the price and I gave him a check. The service is warranteed but I hope it works and I never have to deal with these folks again. What a really bad experience.

Description of Work
The on/off switch of my Bosch Dishwasher was broken so I decided to also replace the soap dispenser that stopped opening during washing. The technician suggested that my door hinges were also broken and should be replaced.

Description of Work
This company tried three times to repair a broken gas dryer. After each time they left saying it was fixed; however, after the third try the repairman acknowledged it wasn't working. They refused to provide a refund. Do not use this company for repair services. They advertise heavily in the DC area, but do not provide reliable service.

Family owner and operated since 1959, Richards Heating & Air Conditioning Co. has been designing, installing and servicing residential air conditioning and heating systems in the Washington Metropolitan area. We install “total comfort conditioning” systems to meet the unique configurations of individual homes, recommending systems that fit each customer’s needs. At Richards, we are proud of our work and are dedicated to maintaining a reputation in the industry and the community as reliable experts. Richards is a fully licensed and insured mechanical, gas fitting, and electrical contractor. We qualify in the installation and service of all aspects of heating & air conditioning systems. Our service department also offer three levels of service agreements to meet your needs.  …

John Nugent & Sons is Northern Virginia's Air Conditioning, Heating, Plumbing and Electrical Experts. Since 1975, we have been providing residential and commercial services that have helped people reduce their utility costs and increase their home or businesses temperature, plumbing, and electrical efficiency. Whether you need maintenance, repair or replacement, we want to be your heating and cooling service provider in McLean, Arlington, Falls Church, Vienna, Great Falls, Sterling, Ashburn, Reston, Herndon, Chantilly, Centreville, Fairfax, Dulles or anywhere in the surrounding areas. Additional phone number - (703) 291-1926.  …