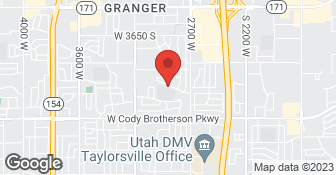 Luttco Construction has a commitment to quality workmanship, production, attitude and integrity. We stand behind our workmanship and services to assure our clients’ satisfaction....

On May 13, the week before they were to start, Jim came over with the invoice and asked for half the money down. We agreed upon $2000 down. They were to start on Tuesday, May 19. On midmorning on Tuesday I get a text saying they were behind from the rain and he would be there that afternoon or the next morning. Since he never made in I texted and asked if he would be there Wednesday morning. Jim replied he would be. I heard nothing from him on Wednesday. On Thursday he sends me a text that he will be here on Friday morning. At 1:00 PM Friday afternoon, I again text him, to see where he was. He again apologizes for the delay and states he will again be there on Tuesday May 26 to put in the footing and they will lay the wall on Wednesday. On Saturday, May 23, I sent him a text on why it was so important to me to have the job completed that week. No show again on Tuesday, get a text on Wednesday stating the cement for the footing was ordered for that afternoon. When they didn't show up by 1:00 PM, I text him again. He called off the cement and never said a thing to me. On Thursday May 28, they poured the footing. On Friday they finally showed up to lay the wall. They have a lot of left over block from another job with them. They were tan and dark gray. They were going to use them below grade. They have no new block on site and he can't get any delivered. He leaves to get some block. He comes back with one pallet of block. The job is not completed that day and I'm told they will be back on Monday to finish. On Monday, June 1, they are going to grout the wall. He did not preorder the grout so the earliest it can be delivered is 12:30. At noon, Jim calls and says his credit card is not working and ask if I could call the cement company and give them my credit card info so we can get the grout. I did. The grout arrives and the pump is there. The pump wont pump the grout. They dump the hopper of the pump twice in my driveway approach. That is a lot of cement. They clean up and leave for the day. There is one row of block and the cap left to be done. He said they would be back in the morning to finish. They did not show. I left for a trip out of state. While I was gone, Jim text and stated the wall was done and he was grading my neighbors yard. He wanted my wife to give him the final check. I told him no, thank goodness, as when I got home on June 11, the neighbors yard was not graded from the excavation of the footing and there were many joints in the blocks that needed to be tuck pointed. The wall was not layed plumb, as when the sun cast a shadow on it, it looks poorly done. The caps that they used appear to be seconds as the faces have major flaws. They even used mortar to cover a broken block they used in the wall. YOU would be foolish to use this company.

Description of Work
Contactor was hired to put up a 66 foot long block wall along my property line. They were hired to dig & pour footing and lay block, rebar and grout wall. All material and labor included. I was told the job would be completed within a week.

Specialize in drywall finishing, small projects preferably and patch work as well. Free quotes and quality work. Licensed worker, work will be insured Quotes may differ depending on the following -If job is really detailed meaning covering and moving is necessary -work needs finish at an express rate -size of the job  …

All statements concerning insurance, licenses, and bonds are informational only, and are self-reported. Since insurance, licenses and bonds can expire and can be cancelled, homeowners should always check such information for themselves.To find more licensing information for your state, visit our Find Licensing Requirements page.
General Information
Free Estimates
Ask for Details
Eco-Friendly Accreditations
No
Payment Options
Check, Visa, MasterCard
Senior Discount
No
Warranties
Ask for Details

How is Luttco Masonry overall rated?

Luttco Masonry is currently rated 1 overall out of 5.

What days are Luttco Masonry open?

No, Luttco Masonry does not offer eco-friendly accreditations.

No, Luttco Masonry does not offer a senior discount.

Are warranties offered by Luttco Masonry?

No, Luttco Masonry does not offer warranties.

What services does Luttco Masonry offer?