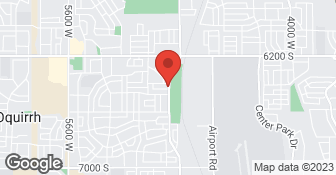 Remodeling and Restoration Consultant for any Indoor/Outdoor project. 35 years experience...

It did not go well at all. He argued with me that he had done the work, but only after I texted him the pictures of the hanging smoke detectors and an uninstalled bathtub plug (see photos) did he apologize. His apology was short-lived though. We scheduled a time for him to come out, but he became very impatient when we spoke on the phone again and when we met at the house. I was grateful that he had brought his wife with him, but it was still uncomfortable. I had hired him twice before and his work was good and the price seemed reasonable. This time, I did not think $265 was a fair price, but I paid him within a day or two though, just to be done. Then he sent me a second invoice demanding immediate payment. I still have a very long, very rude text from them. He seems to be fine as long as everything goes well, but if something goes awry, which can happen, he takes little or no responsibility. For this reason alone, I cannot recommend him.

I have 15 years experience with Interior/Exterior Painting both residential and commercial. We guarantee your satisfaction and we won’t leave until the job is done right. We pride ourselves on the quality work we provide, while delivering great customer service! Check out our services offered and call or click to schedule a free estimate today!  …

I offer handyman services for most indoor and outdoor projects.

How is Handyman Services overall rated?

Handyman Services is currently rated 3 overall out of 5.

What days are Handyman Services open?

No, Handyman Services does not offer eco-friendly accreditations.

No, Handyman Services does not offer a senior discount.

Are warranties offered by Handyman Services?

No, Handyman Services does not offer warranties.

What services does Handyman Services offer?

Handyman Services offers the following services: I offer handyman services for most indoor and outdoor projects.