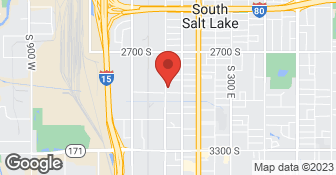 Wasatch Shutter Design is an established Salt Lake City, Utah, shutter company specializing in custom, handcrafted shutters by the leading makers. At Wasatch, we place close attention to quality and ensure the highest levels of customer satisfaction. From painted and stained shutters to blinds and more, we offer unsurpassed workmanship and attentive, personalized service. Our capabilities include: • Plantation Shutters • Vinyl Shutters • Poly Shutters • Synthetic Shutters • Exterior Blinds • Wholesale Prices At Wasatch, our experienced professionals will design a window treatment to create the interior or exterior ambiance that most appeals to you. For beautifully executed shutters and blinds, come to Wasatch Shutter Design. We offer a lifetime warranty for our products. Contact us today!...

Dear Angies's list customer. We appreciate the opportunity to earn your business and trust by offering quality products from Milgard and Cascade Window manufacturers installed by our own in-house installers. We offer the best price in the State on replacement windows and doors upfront without using fake discounts or high pressure sales tatics. Our prices are generally much lower than most window dealers after all their discounts and coupons. We believe that is where the buck stops... at the final price. How can we guarantee the best value price in Utah.... Because with Homestar, you don't pay for any "fluff". We operate a lean business model with a family feel and you are treated with respect and dignity. For these reasons, HomeStar can beat most prices on replacement windows in Utah and can provide you with the most personalized and professional service available. Call for your free no-obligation quote for replacement windows, patio doors & french doors.  …

DaBella is the leading home improvement company in the United States. With more than 23 offices throughout the United States, we're striving to transform home improvement services. We work with you to create value in your home by providing outstanding service and premium products for roofing, siding, windows, and bath replacement systems. Since 2011, DaBella has grown to become one of the largest home improvement services companies in the United States. "Our core purpose is to care for families and their homes. We strive to provide the best customer experience and the best environment for our growing workforce," said CEO, Donnie McMillan, Jr. "The explosive growth we have achieved in such a short time period is an incredible story in and of itself. It was only possible because we created a culture committed to helping people realize their vision. Not only the career goals of our own people at DaBella, but also for those homeowners who we serve every day." In our industry, it's common for people to talk about the dream of one day owning their own business, often driven by the desire to make a lot of money. The start to our story, however, is different. It entails a motivated, young family who had worked in the home improvement industry but envisioned a different kind of home services company. The goal was not just to build a business, but to create an extended family, where employees, suppliers and most importantly, customers, were part of the family. Not coincidently, the company was founded at the same time as the family was blessed with twins. In fact, the name of the company comes from a combination of their names -- David and Isabella. But DaBella is so much more than a company's name. From the beginning it has been a second family name for employees. It's the nameplate of a company who works in the name of families.  …

There’s never been a better time to transform you home with Champion of Salt Lake City! Think of us as a one-stop shop for everything you need to beautify your home’s exterior: windows, sunrooms, siding, roofing and doors. Only Champion offers the superior energy efficiency of Comfort 365 Windows, industry-leading limited lifetime guarantee, and award winning products made in the USA. For over 60 years, Champion has been manufacturing and installing quality windows, doors and sunrooms while creating a seamless experience for our customers. More than 9 out of 10 customers recommend Champion. Not only do Champion products enhance your curb appeal, but can also lower your energy bills, improve the comfort level of your home and reward you with a high return on your investment. Experience the difference Champion products can make for your home today! ENERGY STAR®, NSA, AAMA, Installation Experts, VSI, BBB, NFRC  …

Decided on another vendor that I have worked with in the past. I was impressed with Wasatch Shutter Design and would have used them had I not already had experience with the other vendor.

First - You may not be happy if you put shutters on any small windows. PRO'S: Wasatch Design: Shutter Quality is Outstanding; Shutter Painted Finish Quality is Outstanding and the Customer Service is Outstanding. CON'S: Half the shutters in my home are on small windows and they block out too much light unless they are pulled out and fully opened. Since my small windows are close to corners they are ill fitting when opened this way. The actual shutters have 3+ in of frame on both the top and bottom edges for over 6" of window/light blocked. Although fine on the large windows I was not aware of this for my 5 small windows. Also with my small windows close to side walls, and the shutter needing to be opened wide to let light in, they fit with one shutter flat against a wall and the other awkwardly, not even close to flat against the other wall. If you have small windows you may want to check into getting shutter style wood blinds with the no-holes option. Wasatch Shutter Design has a wonderful shutter but consider your options.

Description of Work
Plantation Shutters for 8 windows in painted basswood and 1 ultratech. All with the hidden tilt rod.

When I had Wasatch shutters do an estimate they were courteous and professional. She walked me through how the shutters are made, and gave me pricing for each window. The estimate I was given was more that half of what other companies gave me, so I immediately set up an appointment -- especially after see, touching, using their examples. I could tell they were good shutters. The installers came a few weeks later and were also very professional. They were so fast and did such a good job. They made sure to caulk around the windows so it was sealed off and looked complete. They even brought a vacuum to clean up the sawdust created from installing the shutters. I have already recommended them to many friends. Thanks for providing me with such great service!

Description of Work
Installed interior shutters for my main floor and upstairs.

Shawna was fantastic to work with. She's extremely knowledgeable. She made sure I knew all of the options available and which made the most sense for our situation. The quality of the product is beautiful. I love how my new bathroom looks with these shutters! Installers were super too - very professional. I would highly recommend Wasatch Shutters to anyone!

It was excellent. They were just really good. The customer service was good. The people who installed them were good. Everybody was good. It was just a good experience all the way around. They were fair. I shopped around and they were fair priced. The installers were great and the product is good. They were very good as far as responsiveness. They came when they said they were going to.

Description of Work
Wasatch Shutter Design put on new shutters and blinds for us. I had the plantation shutters put on.

They were good. They did a good job.

Description of Work
I used the services of Wasatch Shutter Design for windows treatment.

Excellent job. The estimator provided detailed information about manufacture, installation, and performance. The installers were timely and professional. One small piece was left off and was provided promptly. I have no complaints. I received a quote from another leading provider and was offered a lower price, but received no information about manufacture and was offered no samples.

Description of Work
Replaced plantation shutters in six windows and a doorway.

They were really good to work with, and flexible with the installation date.

Description of Work
They installed blinds on five windows.

They did a really good job. They were fine. Everything was good.

Description of Work
I used the window shutter service of Wasatch Shutter Design.

Thank you for taking time to provide your positive feedback. Please call us or pass along our contact information if you have any friends or family looking for window coverings. We appreciate your business!