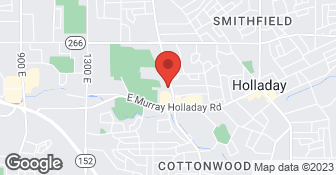 I called Dolphin Spas to schedule an appointment for someone to come look at our hot tub, and repair. They scheduled someone to come to our house before noon on 11/24, but he never arrived. I called later that afternoon, they said that was unusual to schedule a repair service in the morning as those types of appointments were usually in the afternoon. They took my number and said they'd call me back. It has been over a week and I haven't heard from them.

Description of Work
Nothing, but waste my time.

Description of Work
They replaced a pool light including the wiring. Overall I was quite happy. They were on time and did quality work.

They are ok. They are fairly pricey. I had to wait 3 weeks for them to come out. They don't have enough people working for them.

Description of Work
They turned the heater on for the pool. They came in July to open the pool.

I am satisfied with their service and would recommend them. When I called they were about 2 weeks out, so I did make an appointment.Tthey did come when they said they would. My spa is really on it's last legs, but they got it running again. They recommended a lot of expensive repairs, but since it is so old I really don't know how much I want to put into it. I think they did a great job with what they had to work with and I would recommend them.

Description of Work
they fixed 2 leaks

did not use services this year. in the past I have been satisfied. a little more pricy than other pool services but honest and do not try to "oversell." you get what you pay for.

Description of Work
I used DOLPHIN POOLS AND SPAS

Overall, I have been satisfied with their work. While I find the chemicals expensive, they were usually responsive and helpful.

Description of Work
They replaced a noisey pool pump with a quiet one. They have also supplied chemicals, opened or closed the pool, and did regular twice-a-month service periodically.

We went through a competitive bidding process for a remodel and landscaping project in 2011, and part of that was a adding a pool. We interviewed a lot of pool construction companies, got bids and liked Dolphin best, but we delayed the project until 2012. So, in 2012 we started the construction of the yard and addition and began planning for the pool. We re-engaged with dolphin and told them we were moving forward with the project. Long story short, they jacked up the pricing on us after they knew they had the business - but they waited until the last minute and their bid went up by 10's of thousands of dollars. Our general contractor was upset, confronted the guy we were working with at Dolphin and the Dolphin guy basically said and quot;too late to get another pool company for this project. Yeah, we jacked up the price. Deal with it.and quot;A nyway, we told them to keep our $1,500 deposit and go jump in a lake. He then told our general contractor that he'd take legal action if we used his special pool design. lol. It's a rectangular pool - nothing special about that. ;-)

They did good work but it was difficult to get them to come out initially to do the work. But after we got them out here they did good work. I will use them again in the future.

Description of Work
I used Dolphin Pools & Spa to replace our spa pump.

Description of Work
I called with an emergency situation and they said at least 2 weeks before they could get to it.

I apologize for the unavailability. During our busy season we try our hardest to get to everyone as quickly as we can. At times, for a non emergency, we can we booked out for 6 weeks.
5.0

Called the store and talked with Paul about my "Flow Control" problem. He recommended several way to fix the problem and what to look for etc... I tried to fix it following his advice and it worked! Anytime I have hot tub needs these are the guys I'll go to. Thanks Paul, - josh

Description of Work
Over the phone help and offer to come fix it.

Dolphin tends to be a bit more expensive but the quality of their workmanship is worth it. In particular, when they were putting the pool in, the site was clean every day when they left, no super big gulp cups in the lawn, etc. They also kept us up to date on progress. They have done the weekly service ever since and we have been exceedingly pleased with them.

Description of Work
Dolphin put in our pool in the mid 1990s and has serviced it and our spa ever since.

We have used them in the past, after trying other companies. The technicians are good people to work with. They don't waste time, and they clean up when they are done.

Description of Work
They fixed the heater in my pool.

DOLPHIN POOLS & SPAS is currently rated 4.2 overall out of 5.

No, DOLPHIN POOLS & SPAS does not offer eco-friendly accreditations.