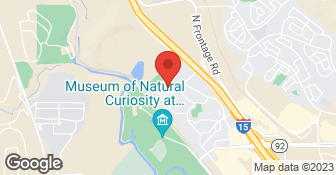 3 EMPLOYEES. NO SUBS. COST IS DETERMINED BY THE JOB. NO TRAVEL CHARGES. NO SERVICE FEES. MAY CONTACT THROUGH EMAIL. ...

At Gallo azul landscaping maintenance our belief is that our customers needs are the utmost importance. Our team with 22+ years experience is committed to meeting those needs. We welcome the opportunity to earn your trust and deliver you the best service. No job is to big or to small, please contact us for a free estimate!  …

Specializing in Landscaping Services. We guarantee your satisfaction and we won’t leave until the job is done right. We pride ourselves on the quality work we provide, while delivering great customer service! Check out our services offered and call or click to schedule a free estimate today.  …

We do all types and material of fences such as: Wood. Vinyl, Chain link, and Cast Iron. No job is too little or too big. What makes us different from all the other Fence Companies is: We take pride in our work, we go out walk your project with you. Make you an offer to do your project. Be there ready to work. Our promise is to get your fence done in a couple of days.  …

Description of Work
Needed my secondary water hooked up to my sprinklers, Quote came in reasonably with additional cost for broken sprinkler lines. Never on time, drug out the job over 2 months. Would say he would be there to finish and not show up. messey work. and the repairs on the broken sprinklers were replaces with used heads he found in his car. When the job was done finally he final bill was outrageous, would not give me an invoice with details of house and parts. Stay away from this guy he will rob you blind.

The repairs were made on the system. Russell was not punctual at all. The repairs took 3 days to complete. He showed up very late each day and was hard to get hold of on the third day. The additional line was not properly completed. I would not use the service again.

Description of Work
Repairs were made to my sprinkler system after I had a driveway replaced. In addition, I requested an additional line be added.

Last June one of the valves to our backyard sprinkler system was not working regularly then suddenly our entire system quit working. We called Russell and he came and repaired the valve for us. A few days later the entire system quit working and after fiddling with the automatic timer unsuccessfully we called Russell back out. He told us that the timer had gone out because of a power outage and was unrepairable. He checked the valves in the backyard and said that it had also destroyed all 6 valves. He replaced and installed the timer and 6 valves for a total of $745 not including the valve that he previously replaced. We were shocked that it cost so much and decided never to call him again. We called out a service this fall to winterize the system and the technician happened to look at the original clock and after inserting a new fuse in it, it worked perfectly. He said that the new one was a very cheap model and we should keep the original one to replace the new one.

Description of Work
We found his name on a classified website and called him because our sprinkler system suddenly quit working. Replaced automatic timer for sprinkler system, replaced 6 valves and trouble shoot system.