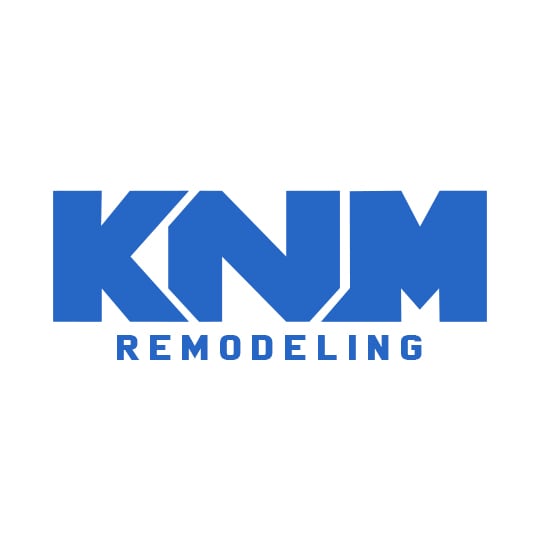 If it takes a redesigned kitchen, remodeled bathroom, or new paint inside or out, we can help you achieve it. Some of the services we offer include: Space planning Interior design master planning Exterior Landscape and Design Color & finish consultations Custom lighting Kitchen & Bathroom design and remodel Installation site observation Handyman Items AND MANY MORE ... 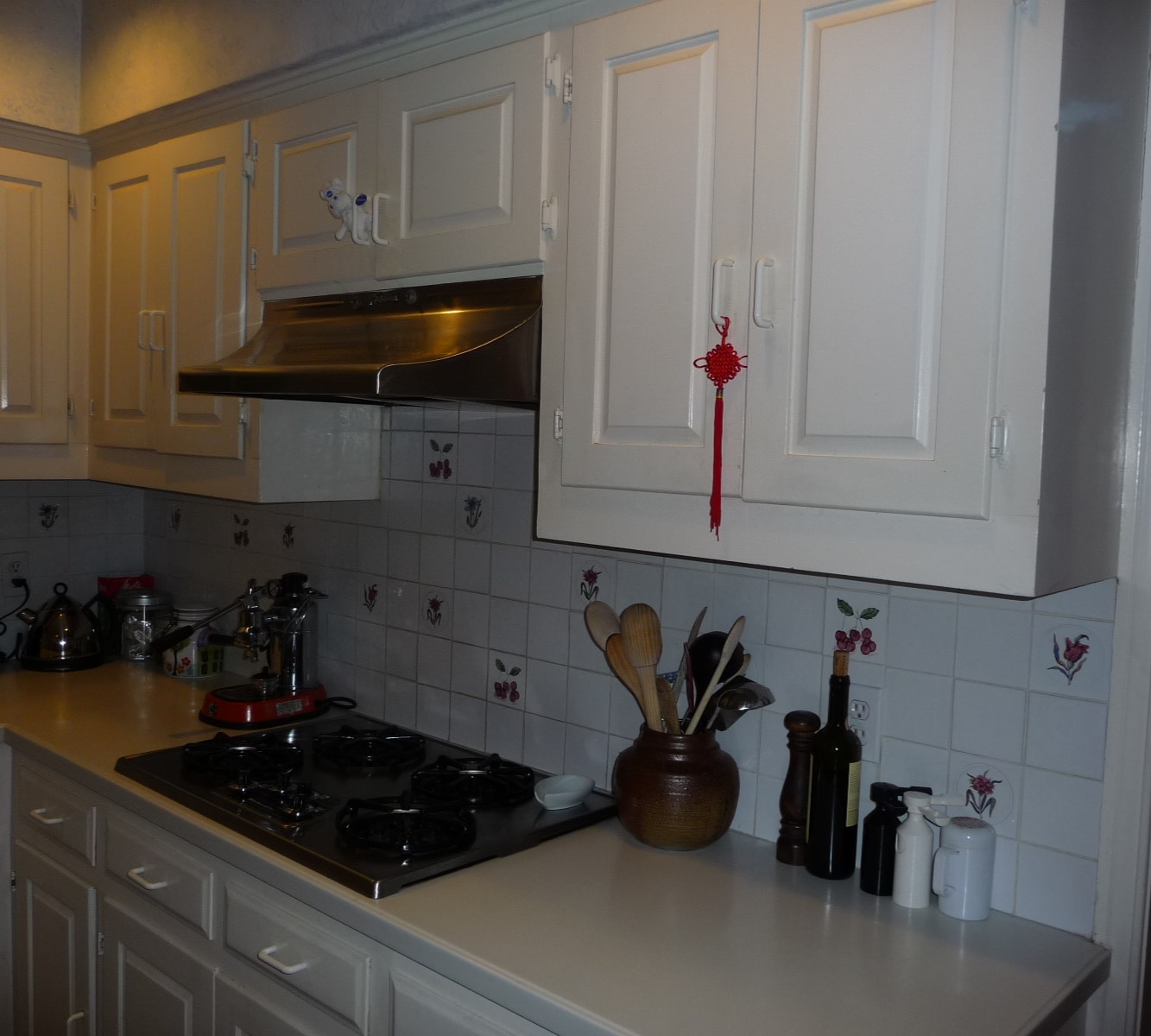 We were happy with this remodeling job. They started on time. They finished on time. They were very neat and cleaned up after themselves and did everything that we asked them to do. Mark pointed out things that they could do that we hadn't even realized we needed but we're glad for his advice.

Fabulous! We couldn’t be more pleased with the work KNM performed. The crew are all multi-talented and detail oriented. I would recommend these guys for any project. In fact, we’re already planning to use them for our next project. Repairing and upgrading our gas fireplace.

Everything went very well! Mark is very fair and provides meticulous results. We really liked the fact that the same crew was used for the entire job!

KNM Properties has done several projects inside and outside of my home and I have been thrilled with the results! He and his team are professional, hard working and always exceed my expectations! I highly recommend KNM Properties for any remodeling work you need!

Mark and his team did an outstanding job on the kitchen and building of the new study. We had some unexpected issues occur (not caused by Mark's team but by another service) and Mark quickly jumped into action to help us resolve the issue. I am already planning my bathroom remodel and will be hiring Mark and his team to help.

Mark and his team were prompt, professional and did a great job with our kitchen. We are already talking with them about another project. Additionally Mark was able to help us with a leak that occurred from our new AC unit (different company) in a very short turnaround. Overall would highly recommend he and his team for any project you are looking to complete.

Mark’s team did an excellent job! I was very pleased with the work, the cleanup afterwards, and the followup. They were on time and on budget. I would definitely hire them again. They are now part on my GO TO List.

We wanted to remodel our guest bathroom to something more modern and updated. KNM Properties did not disappoint! Mark and his team got to work quickly and finished our project under budget. He has an eye for design (especially with help selecting the perfect tile for our small space) and is a perfectionist to get things done right the first time. He kept us updated on the progress and finished earlier than expected - wow! We couldn't be happier with the results. We've posted a before and after picture so you can see for yourself. Take it from me, Mark is the best in the business and after two major remodeling projects under our belt with KNM, we're customers for life!

Mark and his team are fantastic. The work was performed in a timely manner and with meticulous attention to detail. We are thrilled with our new rooms!

Description of Work
Kitchen and bathrooms

Mark was referred to me by a coworker. He had been referred to them years before by another coworker of ours. After having work done, I can say that I will honestly recommend him to others as well. We called Mark because we needed a handrail installed on the stairs. My mother-in-law is 85 and our stairs only had a handrail on one side (the other side is just a wall). This was getting hard for her to navigate so it was a matter of safety. Mark came and measured and discussed and gave us an estimate. While he was there, we figured we'd just get an idea of how much it would be to update our kitchen (we'd been talking about new countertops for years). We discussed what we were looking for. He added info and suggestions when needed and didn't try to upsell us. Didn't even try to convince us to move forward with the project. In the end, we couldn't resist and we started shopping for backsplashes. Mark was extremely flexible on things we wanted to pick out and things we didn't. For the items he picked out (like the hood vent), he showed us what he picked to make sure we were ok with the choice. He didn't try to sway us on any choices, but when asked, he gave his opinion, which was appreciated. He had the rail up very quickly, which was appreciated because of the safety issue. It took a long time to get it finished - stained, end pieces, etc. because some things were out of stock and whatnot, but we were still able to use it while we waited. The workers were courteous and worked clean. Mark came and inspected their work at various stages and again at the very end to ensure everything was good. While they worked on the kitchen, we were still able to use it. Every day when they finished, they would clean up and put their tools and sheets out of the way so we could move about freely in the kitchen. When doing work that required it, they would hang sheeting around the kitchen so dust didn't spread throughout the house. The kitchen project took a long time. Some of that should be expected as there are different people involved (ie. the "granite" guy) and schedules and orders and waiting for things to arrive. But some, I think, was due to there being several jobs happening at the same time and trying to balance them. It felt very slow until the end. Once the job started in full force, it went along at a good pace and was completed quickly. Pros: * Quality work * Clean work environment * Able to use area daily while work was being done * Competitive pricing * No upselling/no pressure * Will give advice when asked Cons: * Not always quick at responding * A lot of waiting * Not much communication on the process, expected schedule, length of the project, wait times, etc. In complete fairness, we probably could've requested all the missing information instead of just waiting and wondering. Also in fairness, there are probably good reasons for much of the waiting - we just didn't know them most of the time. Without question, I would say that the pros outweigh the cons many times over. I have several new projects brewing in my mind and I have zero doubt that I will be calling Mark when we're ready to do them. See attached photos for BEFORE and AFTER shots.

It was amazing, I've used them for years and they always did an awesome job. Mark is very professional and he's a perfectionist if something happened he will come out and fix it for free and he was a good employee.

Description of Work
They replaced the base boards in my kitchen, before that they also repainted all my kitchen cabinets.

Great - would do it again.

They were really good. They were on time and professional. They made sure that they did the work perfectly. I would use them again.

Description of Work
They installed new attic door and replaced all my duct system.

The work was really good, there was somethings that was not dot correctly but they fixed everything up, they have great ideas and a great eye on designing, the project took longer as expected, but everything was done great and the work was amazing.

From the very start, Mark was extremely professional and courteous. We had a leak in our bathroom and he gave us multiple options to chose from. Ultimately, we decided on a full remodel and we could be more pleased with the result! It’s the bathroom of our dreams! Mark is highly recommend as he’s on time, has meticulous staff, has fantastic ideas and his prices are very reasonable for the top notch quality he and his team deliver. You won’t be disappointed.

All craftsmen were professional and did excellent work, and any issues were addressed in a timely manner. Completion of the job ended up taking longer than what was quoted, but the end result was definitely worth the extended time frame. The master bath looks great, and I would definitely use KNM Properties for other remodeling projects.

Mark has continued to be on time on all aspects of my work. He is professional in all aspects of his work and I would recommend him to anyone. He never cuts corners and fixes problems correctly the first time, even when he gets started and finds that additional work needs to be done he is honest and fair.

Description of Work
I have used his services many times over the past 2 years. Some jobs are what I would consider big and some are very small. Mark is always responsive no matter the size of the job. I am always pleased with his process and completion.

Mark was very good. It was difficult to get ahold of him but once he called he did the work timely. There were no additional cost suprizes. His workers did a very professional job and were very neat. 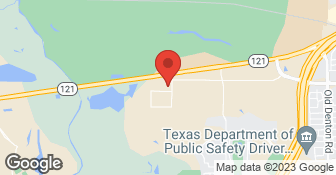 KNM Properties LLC is currently rated 5 overall out of 5.

No, KNM Properties LLC does not offer warranties.