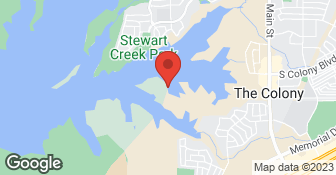 Description of Work
Installed and repaired various things in our house

Javier arrived right on time. I had the tv, sound bar, and all the wires laid out for him when he arrived. I explained to him where I wanted the bottom of the tv to be located on the wall. After that he went to work. I would come down a couple times to see if he need any help. If you talked to him he was very friendly. However he mostly kept to himself and stayed focused on the job at hand. He mounted the sound bar perfectly centered below the tv. I would say he was at my house for a little over two hours. Americas Best Handyman is who I usually go for small stuff around the house. I will continue to use them in the future.

Description of Work
Hung a 50" TV and sound bar to the wall and hid the wires behind the wall.

John arrive towards the end of the one hour window I was given. He didn't say too much except if you asked him a question. Otherwise he went about his business. When he did talk he was very friendly. He was at my hours almost exactly 3 hours. At one point he had to run up to Home Depot to get a part. When he was done he asked if there was anything else. I had a electrical outlet with usb ports on that I was going to instal but since he asked I had him do it. I will be creating a list of small things that I need to get done and have them come back in a few weeks. I've used America's Best Handyman in the past and will continue to do so in the future.

went well. Only complete with the material he used for the decking in the attic. was kinda flimsy and I had to double up on it

Excellent service and a job well done. I'm very satisfied with the quality and responsiveness of the work done.

They are very good. When you call them, they will send a contractor specifically for the kind of work you need to get done. They are very response and we have been very happy with them. We have been using them for a number of years.

Description of Work
They installed a ceiling fan and a light fixture over our front door.

Their price was reasonable and they were very easy to work around my schedule. I would definitely use them again.

Called to get quotes on some projects I had put off for some time. Janet was prompt to return my call and set up and appointment.for someone to come out and see what I needed to have done. Javier showed up on time and gave me the quotes on several projects. They give you pricing on labor of all work and then you pay for materials for the projects. Javier usually gets the materials (lets you know costs first) and presents the reciepts when work is complete. The more projects you can have done on a particular day, the better discount he can give you for time and labor. My first project day had a new door bell, new woodwork on the outside of my garage, exterior paint touch ups, re-caulking of downstairs bathroom and replace the bottom seal on shower, painted utility room. Javier showed up on time again with a crew and knocked it out in a few hours. They did a great job and were very professional. So much so that I had them back to paint again and added a few other small projects. I also decided to have them sand and refinish my kitchen cabinets the second time they came out. This was a HUGE undertaking that i would never want to do myselt. Love the darker wood finish. There were a few minor touch ups that needed to be addressed from painting. Janet send Javier back out at no charge to fix them up since I caught it after the fact. Overall great experience with Javier and America's best handyman. I'm scheduling an appointment to replace lights and cieling fans in a few weeks when I have time. Give them a call if you've been putting off the odd jobs that seem to never get done and check them off your list!

Description of Work
Removed wall border and painted kitchen. Painted office and bedroom upstairs, game room, dining room. Replaced outdoor entry lights in front and back of house. Replaced some cracked/broken bricks to and touched up masonry work on sidewalk and driveway. Put in a new doorbell. Re-caulked downstairs shower. Painted Garage and utility room. Also did some exterior pant after replacing wood panels on the outside of the garage that had rotted from moisture and heat.

I've been putting off several tasks around the house and finally decided to pull the trigger. Although America's Best Handyman didn't have a lot of reviews here on Angies List I decided to give them a try. About a week ago Javier came over to give me an estimate for the following work: - Replace the threshold on my backdoor which had been rotting - Replace three hallway lights - Replace the fluorescent lighting in my kitchen to a flexible track lighting Javier quoted me $425, I paid $425 plus $30 for additional materials. Which I knew up front any additional materials would be extra. What I really like about America's Best Handyman is they charge you per job and not per hour. Javier came today with an assistant and they went to work while I worked from home today. They did a fabulous job, very high quality, didn't cut corners.I have a couple more small projects that I need to get done in the next month or so and I will definitely call America's Best Handyman when I'm ready.

Description of Work
1. Replace the threshold on my backdoor which had been rotting 2. Replace three hallway lights 3. Replace the fluorescent lighting in my kitchen to a flexible track lighting

The existing ventilation fans in my bathrooms were the original builder's "lowest cost" ones - and created an amazing roaring sound that was very bothersome. No relaxing soaks in the tub, and usually couldn't even hear the telephone ring in the adjoining bedroom! So I bought some low-noise replacement fans that would fit my 3" ducting, and contacted "America's Best Handyman" to see if they could install these fans. They assured me they could probably do it, and we set a date for Rick (the owner and lead handyman) to come over, check things out, and give me an estimate. He arrived exactly on time, did a thorough review of the work, and bid a very competitive price - so I accepted. He immediately went to work, with an assistant he'd brought along, and the 2 guys just worked away on things for about 4 hours until it was all done. This involved cutting the sheetrock to make a larger opening for the replacement fans (old ones were about 8", new ones about 13"), securely hanging the new fans between joists, fitting new flexible duct to the fans and outlet ducting, properly wiring the units, and finally putting on the covers. They put protective plastic sheeting down, cleaned up after they finished and were very polite and professional throughout the whole process. I had a few questions before and during the work, and Rick answered them quite well - he knew what he was doing, and explained it! Did I mention there was a glitch (isn't there always?) with one of the fans ... the new one could not be reached and hung without cutting through some metal strapping holding an air conditioning duct that was right next to the existing fan. Rick quickly re-did the A/C duct support and cleared the area so new fan would fit. So ... to summarize: all 3 new fans work fine, they look good, and when I poked around in the attic (very hot up there!) I could clearly see that the wires were done right, bends minimized, and supports in good solid shape. Clean job, doesn't look jury-rigged or sloppy. Am very satisfied with the work, the price and the guys who did it (Rick and Jake). I would not hesitate to recommend them for handyman work. PS - Rick told me he bought this company in the Spring of 2006, so any reviews before that do not apply to HIS work and services.

Spray-Net applies premium custom coatings to provide factory-like finishes to exterior surfaces and interior cabinetry. Our patented custom coatings are specifically formulated to the surface being coated in order to provide premium look and performance on brick, stucco, vinyl siding, aluminum siding, fiber cement siding, doors, windows and cabinets. We also utilize a weather-adjusted application process which allows for optimal adhesion. Spray-Net guarantees its coatings against peeling for 15 years! No other painter has access to our proprietary coatings and processes so no other painter will provide any guaranty like this. Our coating look great and add value. Our brick paint/stain will give you the new color you desire without losing the texture or breathability of your existing brick. Our vinyl, aluminum and stucco paints extend the life of the surface. Our cabinet paints give a finish that is harder and more durable than new cabinets just out of the factory.  …

America's Best Handyman is currently rated 4.9 overall out of 5.

No, America's Best Handyman does not offer eco-friendly accreditations.

No, America's Best Handyman does not offer a senior discount.