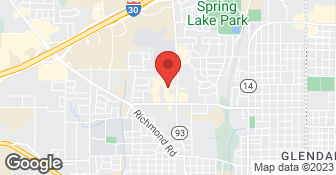 He went over our buildings and understood what we wanted. Said he would email me a quote on several options but I have never heard back from him. This quote was for replacing a existing system.

Description of Work
Provider showed up on time and was very professional.

Description of Work
The alarm system had been installed in inthe 90's but we never had it hooked up live. Do not remember cost. |We are now hooked up live and pay a fee every three months. wished I had gone live years ago before we were robbed. I would. To use any other provider. They are trustworthy, prompt and do excellent work. They stand behind there service.

They did a great job and they have been very available when I have contacted them. I would highly recommend them.

Description of Work
They installed a security system in my home which included a three year contract.

I contacted Steelcrest Security to give me an estimate to install an alarm on our home. We had a local competitor home alarm system. Michael came into our home and did a free security analysis of our current alarm system and set up. Michael recommended we keep the current system but make a few changes. Michael could have recommended a complete brand new system like the national competitor did. Instead of wasting our money, he advised us to keep what we had and make a few changes to maximize the potential of our system. He educated us on the reasons as to what we would loose and gain if we switched systems. His install crew were neat and clean individuals that were courteous to my family during their time on site. They spent approximation two hours on site and after they left we never knew they were even there, cleaned up after themselves!

How is STEELCREST SECURITY overall rated?

STEELCREST SECURITY is currently rated 4.8 overall out of 5.

No, STEELCREST SECURITY does not offer eco-friendly accreditations.