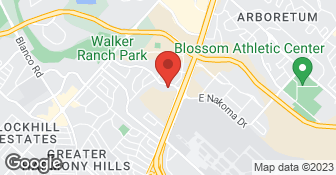 We are a "Texas Family" owned and operated business. We have been in business over 17 years and we've built this company 1 customer at a time. We are "Dedicated to Quality" and we show it in everything we do. We send only State of Texas licensed Plumbers to your home, to ensure you get a well trained professional to service your home. We are available 24 hrs a day, 7 days a week AND you'll never get an "Answering Service", you'll get a member of our staff who cares about your needs. We take great pride in the Company and our fellow employees, who are the best in the Plumbing industry. Whether they work in the field or the office, the people of Will's Plumbing & Testing Service not only make things happen, but make sure you, the customer, are happy. We are the #1 Rinnai Tankless Water Heater installers and warranty service providers. We also service & flush the systems we and others install. We also Repair, Service/Maintenance Rinnai, Navien, A.O. Smith, and many other tankless and storage type water heaters. Our Plumbers are dedicated to providing you the best in Service and Customer Satisfaction. Please call us at (210) 494-0991 in San Antonio and the surrounding areas, or find us on our website @ www.willsplumbing.com. We are an Award Winning Service Company on Angie's List since 2010 and we have been in business for over 17 years!! We have won Angie's List's highest awards in multiple categories for the last 6 years. We service customers in San Antonio and ALL surrounding counties. Additional emails: will@willsplumbing.com & info@willsplumbing.com....

Albert and his assistant came out on time, explained everything they were doing and answered all of my questions that I had. Very knowledgeable and reliable. I would definitely use them again for any plumbing services needed.

Very good! They were professional, courteous and got it done quickly.

I've used Wills twice now for outside and inside plumbing repair. They showed up on time and the work was done in a timely manner and was excellent. I would definitely recommend them for any plumbing job.

They were excellent. Very trustworthy work.

Description of Work
Plumbing repairs under our house.

I called the company. They sent a technician out. The technician was on time. He was polite, did an amazing job and cleaned up the area before he left. This was not my first time using this company and this was not the same technician, but I was very satisfied and had a positive experience last time, so I decided to give them another try. I'm glad I did. Great experience from start to finish. High recommended

They have done a good job so far for us.

Description of Work
Need a plumber to mark problem in the street for the water company to fix it.

Work was done expeditiously once the crew was able to come.

Lousy. They were very unprofessional by failing to inform me of work not being performed. I was rescheduled 5 times and plumber failed to show up or was I notified he was not. After 5 days and numerous calls, I was told a plumber was on the way. After 3 hours, contacted them and was informed he would not be here. After 5 days of rescheduling, I was told they were not cleaning main drains right now and having not been doing that all week. This was not relayed to me 5 days ago. This is the first time I have used Angie's list and if other contractors operate this way, I will not be using contractors recommended.

This customer was scheduled for a Friday afternoon (he couldn't do a morning appointment, wanted afternoon only). Friday we had to push his appointment to Saturday afternoon. Again, I offered a morning appointment on Saturday and explain that I recommend a morning appointment because afternoon appointments can get rescheduled if there are delays. But he said only afternoon worked with his schedule. I never told him we weren't doing sewer calls or stoppages, not sure why he is saying that. I explained that every call we had was an emergency at this time and that he was not alone. We are doing our best to get to everyone, in order, first come, first serve with emergencies having priority. Of course that's difficult because every single call we have been taking that last 2 weeks are emergencies and sometimes in our industry the call we schedule ends up being so bad, our plumber is tied up at that location all day. So Saturday morning all my guys got tied up with their calls, again! And I called the gentleman to explain we would not make it today but my plumber was willing to go out first thing Sunday morning or afternoon. At this point the gentleman was very frustrated with me and said I was not a truthful person or company and that he wanted to find a company that would not lie to him. I never lied to him, we are just busy and unfortunately had to reschedule him due to delays we could not avoid. I did my best to communicate with him and offer him morning opportunities and a Sunday opportunity. I don't think we failed at communication or as a company. I think this is just a terrible time with a lot of emergencies and unfortunately this gentleman did get rescheduled twice and third time it was going to happen he cancelled. I do hope he was able to find a company that could service him right away. Sincerely, Samantha Gonzales
5.0

Fantastic job. Extremely pleased with the quality of the work. I added installing a pressure regulator to the job after they started and they didn't bat an eye. I would highly recommend this company.

Will's Plumbing & Testing Service is currently rated 4.8 overall out of 5.

Are there any services Will's Plumbing & Testing Service does not offer?