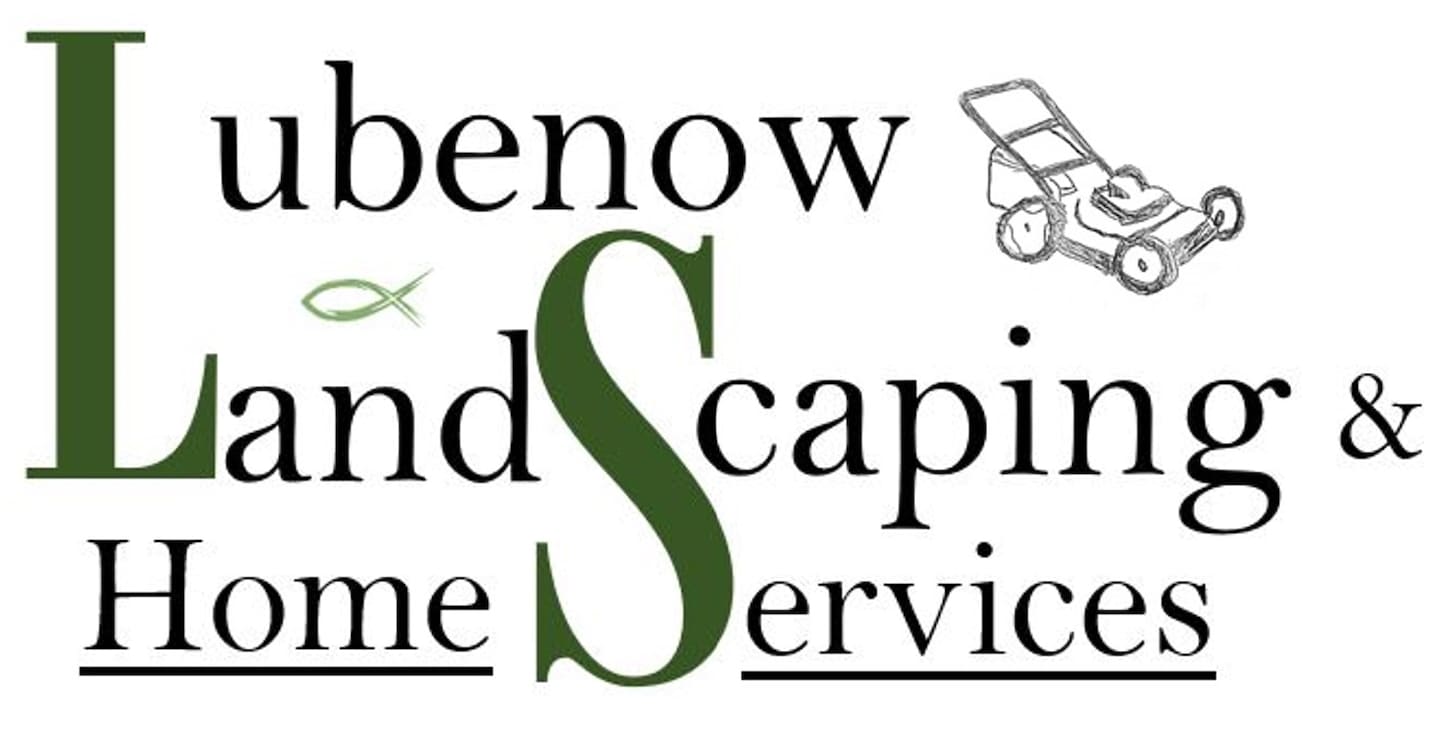 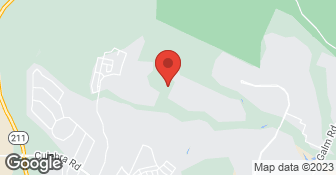 We accept remote payment
All statements concerning COVID‑19 business operations and essential services are informational only, and are self‑reported and not verified by Angi.

At Lubenow Landscaping & Home Services our mission is to provide outstanding service to homeowners to help them maintain their home market value. We take pride in our work and will strive to do everything we can to leave homeowners feeling proud of their property....

Ben and his company are great! His service makes my life better. He does a great job at a great price and it's a big chore off my to-do list. I've referred him to my friends and they are so grateful for it. We couldn't recommend him more!

many thanks Mrs. [Member Name Removed]. We strive to give value to our clients, as we know they are paying their hard earned money for our service. Thanknyou, again.
5.0

Ben is always helpful, friendly, and willing to take care of his customers. His honesty and forthrightness are admirable qualities. He’s had to deal with all the challenges small businesses have, but in the end he always gets the job done. Ben is great about communicating and helping his customers out. I intend to keep using his services because I know I can trust him to do a great job at a reasonable price.

Mr. [Member Name Removed], thank you for this review. We appreciate you as a new client this year, and look forward to serving you in the future.
5.0

Excellent shaping and trimming of tree as well as removal of trimmings. Lawn care, weeding and clean up done well. Ben has been providing services for two years and I am pleased with his work.

Thank you so much, Mrs. [Member Name Removed]. it has been a pleasure working fir you and your sister.
5.0

This service is excellent. Ben and his assistant are very professional and personable.

Thank you very much. We are very happy you are pleased with our work.
1.0

Poorly. Mr. Lubenow often fails to show in scheduled days and times as some new calamity has befallen him every other week or so. Performs his work at a very poor standard and then asks for additional money to fix mistakes he made with previous shoddy work. He caused several thousands of dollars damage to my and my neighbors property and has since refused to provide a certificate of insurance or any contact information for the insurance provider of his general liability policy prompting me to think that he is not currently or was not properly insured despite advertising that he was/is properly insured. Is always trying to get a customer to sign up for more services than they need or repeatedly state that they want and will not perform agreed upon services to a reliable standard.

Mr. [Member Name Removed] has been a great client for 2 years. More than a client actually, as my wife and I had Mr. [Member Name Removed] over to our home to help with a dog training issue, since he is experienced in this. January 2021, I explained to him that I wanted change my business a bit. I explained to him that in addition to lawn services, I would offer fertilization, pre-emergent weed killer, chemical weed killer, and bush trimming. I explained which services I offered, and asked what services he wanted. At first he actually told me all of them, though he later adjusted it. I went in to explain how the services would be totaled up, and divided into 12 monthly payments. He had no problem with it, and signed the agreement that I had drawn up for him. There were 16 set mow services in the agreement that run from March through October. Any mow service outside those dates was not included, and thus, would charged at the time of service. On Monday, November 8, 2021, I wrote him to ask if he wanted mow service, as it had been two weeks since his last service. I explained to him that he would be charged for this should he want the service. At that, he asked why it wasn't covered in what he had paid. Through numerous text messages, I unsuccessfully tried to explain that it was spread out over the 12 month agreement. Though he claimed to have not know this, it is in the agreement that he signed. Additionally, I have the text message (from January 13, 2021 at 10:58am) showing that I explained this to him and asking if a $5 increase in service was ok with him. He replied with "45 a service sounds fair. I don't need any free services. I like your service, and I like you. You work hard and provide what you say you will. I'll stick with you." I had offered him free services for helping us with our dog. Through the text messages, Mr. [Member Name Removed] got increasingly aggressive. He threatened to press charges for causing a tree to fall down onto his fence, and burying his sprinkler system with dirt from an aeration and top dressing service I performed for him December 2020. Regarding burying the sprinkler system: his back and front yard are a total of 3,275 square feet. I have receipts that show I used 6 yards of top dressing for that job, meaning that I put it down at a depth of 0.5-0.75 inches. there is no way that I did any damage to Mr. [Member Name Removed]'s sprinkler system. Regarding the fallen tree, that happened back on May 17th. On the 18th, he text me a picture showing me the tree saying "Combination of all this rain and the crazy wind last night." He also wanted a quote for removing the tree and rebuilding the fence. November 8, this past Monday when all this started, Mr. [Member Name Removed] claimed to have had an arborist come out and look at the tree. He told me "...The arborist came out afterward and has provided me a statement that the soil was eroded from the roots due to the top soil you put down." The same 0.5-0.75 inches of top dressing. I am insured and bonded. I have been so since I started my business in 2019. I requested a copy of his arborist's findings,, but have not received anything. I do not think that putting down the dirt caused the tree to fall over 6 months later, so, no, I haven't given him my insurance information. Until Nov 8, 2021, Mr. [Member Name Removed] and I have had a great relationship over the past 2 years. I don't know what happened, as he always told me that my work looks great. Additionally, not once, until Monday, had he came to me to say that he had been in any way unsatisfied. He still has a balance of $480 for work previously done, and has said that he will not pay it. Regarding my "not showing up", I have had to have $10,000 in repairs to my truck this year. When I have to postpone service a day or two, I have text him letting him know this. he has never had a problem with this. When I have to, I even use my wife's van or rent a Uhaul to carry my equipment around, so I can continue working. I do my best at every job, so that I can have a great reputation. I'm very sorry that this happened with he and myself, but I did nothing wrong. I stand by my work. Simply put, what Mr. [Member Name Removed] is stating is wholly untrue.
5.0

Great experience with this company. I just moved into a new home, and the previous owners left the grass high. Ben squeezed me into his busy schedule and mowed my grass the day after I contacted them. Very nice job - the yard looks great now.

EXCELLENT. This was one of the best experiences I've ever had on Angi. The owner was professional, courteous, and quickly responsive to my needs. I will use this company again and again for my lawn and landscaping needs. You CANNOT go wrong by hiring this company. They are TOP NOTCH and keep their promises.

Thank you very much for the kind review.
5.0

Extremely well. Ben aerated my front lawn which was heavily compacted. Ben also applied and spread a layer of composted topsoil on my lawn. Very satisfied with the work and products used.

Quick response. My lawn was high due to all the rain we’ve recently had. He did a great job. My lawn looks so nice. Definitely recommend.

Ben was great! He was the only landscaper to come to the property to review the worksite and discuss what I needed to be done. He provided a very competitive quote. He was able to give me an acceptable schedule to do the work and kept to the schedule. He also provided me a confirmation the day before the scheduled work which was comforting to know he was still on-schedule. Very professional and kind gentleman. Thank you Ben - I hope you have a wonderful rest of your year and a great 2021!

Description of Work
5 Yards of Top Soil delivered and spread over garden area behind back porch.

That is very kind of you Mr. [Member Name Removed], thank you for your review. I strive to do my best for every client I work with. your business is very much appreciated.