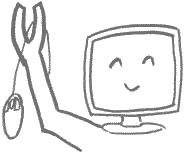 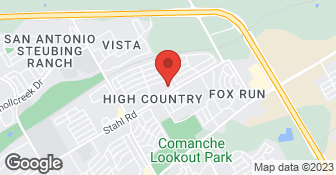 Dan The Computer Man is an owner-operated business with more than 15 years in the industry offering on-site computer repair. I work side-by-side with the computer owner to resolve problems, asking questions about the person's usage and preferences, and coming to a resolution together. I charge an hourly rate & can help with all of your computer needs. I have also been an Angie's List Super Service Award winner from 2008-2020!...

Dan was recommended to me by a friend. He answered the first time, while he was working, asked questions about my situation, confirmed the length of time I planned to keep the computer, recommended an SSD (Solid State Drive) to speed up the computer, set a time for the next day. Dan arrived on time, was cordial and engaging. He sat at my desk working on my desktop for just over 4 hours and NEVER took a break. He is a hard worker. Probably the best part is Dan told me what he was doing as he did it. He is a good teacher and meets you where you are in computer knowledge. Dan brought everything with him including two different SSDs for me to choose from. My desktop is an old bullet proof Dell Optiplex 980 that just had a sick hard drive. It turned out my computer had a LOT of junk on the hard drive and I did not need as much storage as I first thought. We were lucky because my hard drive had not failed and he was able to extract my data and programs and place them on the new SSD. When Dan left, my computer was up and running smoothly, and much faster. It turns out the hard drive is what slows down a computer, much more so than the processor. Dan's charge was about $100 per hour and the SSD hardware was $60. I was very pleased with Dan's work at a stressful time. He is my new IT guy!

Win 10 system died Thursday pm - Checked Angi and called Dan Friday morning to come fix it. Great response -- he came that afternoon. Was able to resolve the dead computer issue & computer functionality restored. Very happy about that. Then Dan addressed several "ankle biters" that were bothersome -- printer and networking issues. Could not get the networking issue resolved in the time available. Throughout, he provided a running commentary on what he was doing and why that was quite educational to a tech-savvy but sadly incapable guy like me. Cost was reasonable and I'll ask Dan to return for future issues.

This was some of the best services ive ever delt with. He was very professional. Job well done. I'll recommend her to all my friends.

Description of Work
transform data to one computer to another

Excellent as always. I have used Dan for years. The best thing about him is the way he explains things that is easily understandable even if you don’t know a lot about computers.

Description of Work
Set up a new computer

Went smoothly and explained everything. Very pleased with his work.

Things went smooth as silk. Dan came to my house the same day I contacted him, and spent around 2 hours getting my home PC back up and running (I am typing on it now). He is knowledgeable, professional, prompt and reasonable in his rates. I also liked the fact that he was willing to answer my questions as he did his work, so a got a bit of education as well! 5 stars.

Dan resolved my list of issues and provided clear and concise explanations for his findings and resolutions.

Dan responded promptly after I submitted my request. He asked for me to explain my issues. He very quickly assessed my issues, pointed me to his website which includes recommendations for minimum requirements, and I was able to see quickly what my issues were. Very helpful and knowledgeable. I will hire him for my next computer project!

It went great! Very polite and professional (bonus points as he was knowledgeable to all of the nerdy fandom decor we have along our walls 😂). He had already had suspicions on what was wrong beforehand and immediately was able to resolve my issue(s) while also informing and educating me on the steps he was taking and why. 10/10 would definitely hire again!!! 🤗

Description of Work
He solved the issue I had with my laptop looping/not wanting to install windows that I absolutely could not figure out (as I am not very tech savvy lol).

Dan was an awesome person. When I described my problem, he actually took care of my issue over the phone and did not even charge me. As a result of his great service, he will now be my "go to" person for future computer problems. Thanks again Dan.

Description of Work
I had a printer problem.

Expected it to be simple and quick, ran into a minor issue that was resolved with some thinking. All my prior issues were resolved and now have a fully functioning and healthy PC again. Thank you for your help.

Fantastic! I've used Dan several times for various computer issues. He's prompt and highly knowledgeable. He fixed what I needed and taught me how to rip old family movie DVDs to the computer.

Dan was awesome, dependable, knowledgeable, and efficient. I would definitely hire him again!

He did an excellent job, was knowledgeable, professional, and prompt. He even gave me a very reasonable price. I would definitely hire him again.

Description of Work
He upgraded my computer.

Perfectly and professionally. Dan has done several jobs for me over the years flawlessly...and in the computer space, flawless is never found. This was by far his most complex for me, as it appears that Dell really does not believe their keyboard would ever need replacing. It required him to remove nearly every single component in the laptop just to get to the keyboard. I greatly appreciate how he teaches and instructs to help me understand the scope of the work he is doing, so I can better appreciate the task at hand, and how much time it will take to complete. In the end this was a three hour plus job that he only charged me 2.5 hours of labor. Everything is working perfectly, and his batting average is still perfect.

Description of Work
I needed a new keyboard installed in my laptop (I'm typing this on the new KB.)

Very happy with work performed and also Dan. He explains everything he does in an understandable manner. Will definitely recommend him to everyone I know

Dan was excellent, very knowledgeable and professional, fixed my problem and omitted future problems, I would not hesitate to call him again, I’ll certainly recommend him to my friends👍

He is very knowledgeable and efficient. I will definitely use him again.

Description of Work
Resolved multiple issues, especially one with getting email via MS Outlook to my laptop and retrieving the Outlook address book. Price is very reasonable.

Could not have gone any better! Dan is the man! Highly recommend Dan’s services!

Description of Work
Replaced hard drive with SSD and reloaded Windows to get Windows to start properly again and to improve speed; transferred data from old drive.

Dan did a great job. He recovered all the data from the old computer

He is a great guy, is honest and prompt. He is also very efficient and is very knowledgeable. I was told I needed a new TV but he came in and fixed both the TV and computer. He didn't even come to look at the TV but when I told him about it, he said let me take a look at it. I would highly recommend him and I will definitely hire him again.

Description of Work
He fixed my TV and computer problems today.

He's very accommodating, and walks me through processes over the phone and doesn't charge me. He's come through for me three to four times and I would definitely recommend them.

Email server choked on 59,000+ emails. It now works perfectly. This is at least the 4th time we have used Dan. He is prompt, courteous and very competent. His fees are reasonable. We highly recommend him. This job took him 2.5 hours to resolve.

Description of Work
could not send or receive email