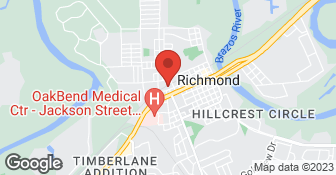 Family owned and operated. Cost is determined by job....

We are a veteran owned business, with over 25 years of electrical experience such as security, data networks, public communications, fiber optics, cameras, and more. Here to help you with all your security needs. This includes testing, programming and installation. We also are skilled in providing home theater systems. Ask us about our military and senior discount.  …

**25% off SMART DOORBELL INSTALLATION** With 11 years of experience, SmartNUP proudly serves the Greater Houston area, by providing homeowners with the highest quality home automation system installation and assistance services. Our dedicated staff stays current with all smart home trends and technologies, in order to serve you best. We work with a wide variety of appliances, fixtures, and electronics, to bring you comprehensive and convenient control over your space. From home security systems and lighting control to home entertainment, video and audio automation, our team is here to help bring smart solutions to your space. We work to enhance your ability to access your devices, while also giving you remote access to them, so that you are able to have control over your space from anywhere. If you are interested in making your house a smart home, the team at SmartNUP in Houston can help. We work with spaces of all sizes to provide you with the ultimate control. Contact us today to learn more about how we can help you get the most out of your devices with a home automation system.  …

My daughter had dropped her Toshiba Satellite C655 laptop with the charger plugged in, which resulted in a bent and broken charger tip. She had wanted to take it to a retailer but they were going to charge her $80 just for a diagnostic. Since the charger tip was broken, I purchased a new charger and it still did not charge the laptop. So I googled for a local independent computer repair service and found Hire Technologies, located off Hwy 90 and 11th St in Richmond. I spoke to the owner Rick and he immediately asked about the laptop make and model. He was very knowledgeable about the product and the possible internal issues resulting from the drop. The grim news was that the motherboard could be damaged, and the better news was that the ac receptacle was damaged, which could be replaced or repaired. He was going to charge only $39 for the diagnostic to determine the extent of the damage. I dropped off the laptop in the morning and by afternoon it was fixed. Turns out the drop damaged the ac receptacle so he soldered it back and secured it. He also checked the entire laptop for any other physical damage and replaced some missing screws. Total bill was $100 (cash). Well worth the expense for a still fairly new laptop.

Description of Work
Physical examination and diagnostic performed on laptop that would not charge. A damaged ac receptacle was the cause. The ac receptacle was repaired and the laptop is charging normally again.

Member, I would like to thank you for being the first to post an Angies List review of my business. This has provided another way for me to reach out to my local market. It really means a lot to me. Rick Hire