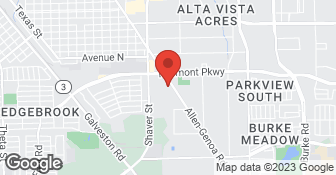 We have been in business since 1994 and are determined to provide excellent service to all of our customers. We do our best to stay current in our profession by periodically attending training seminars and demos from our product manufacturers. Our goal at L&L Concrete Contractors is to provide our customers with the best products such as overlays, coatings, and stainings. Our expectation is to provide you with a long lasting concrete surface for years to come. We can help you with: Concrete Patio Slabs, Concrete Driveways, Concrete Sidewalks, Stamped and Stained Concrete, Concrete Restoration and Sealing, Overlay & Spray Deck, Concrete Breakout & Haul Away ....and much more! Our motto here at L&L Concrete Contractors is this, "TOP QUALITY WORK IS OUR PRIORITY. THEREFORE, WE ARE DEPENDABLE AND RELIABLE ...EVERY TIME!" ****We also delivery concrete and rent stamps and equipment. Call for pricing.  …

We have the experience and dedication to bring your dreams to reality! Specializing in Concrete Services, we guarantee your satisfaction, and we won’t leave until the job is done right. We pride ourselves on the quality work we provide, while delivering great customer service! Call or click to schedule a free estimate today!  …

We were very pleased with the work. I would use this service provider again in the future.

Description of Work
They replaced our driveway and a small patio area.

Description of Work
Replaced the driveway and small patio area. I have been very please with their suggestions and work.

They never showed up and never called, despite setting an appointment to give us an estimate to redo our front stoop and walkways.

Description of Work
Never showed up and never called

Seemed to do a good job of preparing the forms for the replacement sections and finishing of concrete was good. They were prompt in doing the repair but a little slow in hauling off the old concrete. They did fail to get city and homes association approval before doing the work which caused me some headaches down the road. Also, after making several attempts, they never did give me an invoice for the work or a paid receipt. I would use them again if their price was competitive but would make sure they got appropriate permits in advance and would require a written contract.