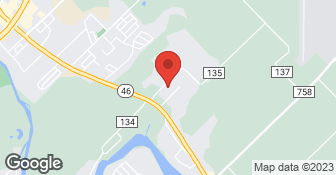 Welcome to Afton Electric! Our owner, James Bowen, has fourteen years experience in the field and can do jobs that range from brand new construction to troubleshooting existing infrastructures. No job is too big or too small! We serve the New Braunfels and greater South Central Texas area around San Antonio. Our services include commercial, residential, and industrial work. ...

This is an excellent company to work with. They have done a number of projects for us as we settle into our new home and property. We have been very happy with the results ea

Chris and his crew were on time, efficient and were extremely pleasant to work with. They cleaned up after themselves and made sure that everything was to my liking. This is the second time I have had Afton Electric work in my home and I highly recommend them.

It did not go well. They did not submit a bid and did not respond back.

Description of Work
They came to the house. I showed them what I needed. They never gave me a bid or responded back. The job may have been too much for their company, but a professional call would have been helpful.

They were always on time. I would use them again.

Went Great and they even fixed a broken light socket! Tested all smoke detectors and made sure everything worked. I am very pleased with the service

Chris and one other person showed up right on time and introduced themselves and then got right to work. They installed two canned lights over my bathroom vanity on each side of an existing canned light and changed out the canister of the existing light so that all three matched. They did an excellent job, you could not tell that the lights they installed had not been there when the house was built. They were extremely efficient and cleaned up after the job. They were recommended to me by a friend who has used them for multiple jobs (rewiring, new outlets, etc) and she could not say enough good things about them. I normally don't like to hire companies that don't have a lot of reviews but because the friend highly recommended them I decided to use them. It was a good decision and I will definitely use them for any lighting or electrical needs I may have in the future! They stand by their work and charged me fairly...no bait and switch type schemes once they arrived to do the job that you find so many companies try to do.

They answer phone calls promptly. They provide emergency services as well as regular services. They were very customer friendly, and they went out of their way to be informative and helpful. Great services.

This past week, our main kitchen light went out. My wife thought it might be a bulb problem and replaced the bulbs, but that wasn't it. I was not home at the time, and when opening the fixture by herself, she broke a corner of the diffuser (the clouded cover for the bulbs). When I came home, I started calling from the top of Angie's List. I called several services, but most stated that they were busy and had a backlog of 2-3 weeks. I was referred to Afton Electric by Allgood, who had a good reputation on Angie's List and had the three week backlog to go with the reputation. I called Jim at the office and he said that James was available for work now. Now? That's not what I was expecting from any electrician, but I definitely appreciated the speed - otherwise, we were going to have to break out the camping lanterns to see what we would be cooking that night. James and Jesse showed up about 30 minutes later and got to work. A quick diagnosis of the wiring, bulbs and fixture, and we had a faulty ballast. My wife hopped in the car and went to Lowe's to buy another while James and Jesse took down the old one. She got back and they installed the replacement quickly and cleanly. I'd definitely recommend these guys again.

Description of Work
Replaced a fluorescent fixture in the kitchen.

Afton Electric LLC is currently rated 4.9 overall out of 5.

No, Afton Electric LLC does not offer free project estimates.

No, Afton Electric LLC does not offer eco-friendly accreditations.

No, Afton Electric LLC does not offer a senior discount.

No, Afton Electric LLC does not offer warranties.

Are there any services Afton Electric LLC does not offer?