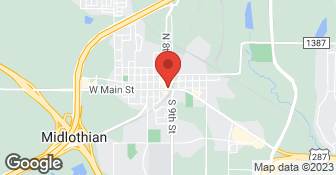 We are very disappointed with King Pools. Everything started out great, Ron and his wife were so nice at the beginning. Although our pool did take a long time to get finished, technically it still isn't finished. Yes, I understand rain played an issue for a week, and they actually started the dig ahead of schedule, which we thought was awesome. That was the only awesome part of our whole experience with king Pools. Besides the long construction time and excuses, when it was time to install the coping, they showed up with the wrong flagstone. I told Ron that and he said that is what we chose, I had to show him our text conversation so he could see it wasn't the right flagstone. So we had to drive all the way out to FT. Worth to get the right flagstone. He also charged us for a slide and extra light in the pool that we didn't get, but we were refunded the money. When we finally got to fill up the pool, the hot tub had 8 leaks in it. So they were patched with some ugly gray substance and have been like that since last summer. We have emailed and sent pictures, texted and sent pictures a few times, and have received no response back from them. It's June 2022 and it still hasn't been fixed. We also had a pipe bust on our cleaner pipe, we called Ron and told him about it. A week later I called and asked if they were going to come to fix it, they said they came the next day and put a new elbow on the pipe and fixed it. Well, guess what, they threw a bunch of glue around it to seal the busted pipe and elbow. Seriously? So I sent him a picture showing the shady cheap work and they did come a day later and fixed it properly. Our pool hasn't run at 100% since we started using it last summer. We have had nothing but problems with the pool, and now the skimmers have no suction. Horrible experience.

Description of Work
King Custom Pools built and currently services our pool. We have had on-going issues with being charged for pool service that we did not receive. When they do show up they do a great job. The problem is they are not always consistent as they seem to have turn-over often. Dealing with Kim is pleasant but Larry Wolcott is a complete jerk.

They came out and changed out the actuator. I would highly recommend them.

I will list the events as they occur. 5/8 - Excavate pool. The crew was very professional. Completed the dig in about 6 hours. Cleaned up afterwards. 5/9 - Plumbing and Steel install. These two crews were equally professional. Very pleases so far. 5/15 - Plumbed in all of the pool equipment. 5/16 - Sprayed gunite. Looking great :) Couldn't be happier with the time line so far. They are keeping on schedule. 5/22 - Electrical installed. Completed electrical from pool to the equipment. Still needs to attach to breaker box in the house. I was unavailable for install, so that part will be rescheduled for another date. 5/24 - Delivered dirt for deck. 5/26 - Installed tile and coping 5/30 - Set forms for deck and installed re-bar. We are ahead of schedule. :) 6/5 - Pour deck. 6/7 - Complete electrical hook up. 6/7 - Plaster and fill up the pool with water. Completed the process in 1 month, Simply amazing. Also need to note perfect weather and no delays, but I cant believe we are ready to swim. Thanks again Ron :)

Offices in DFW and Austin for Electrical and HVAC Services! When you have commercial or residential work that needs to be done quickly and with an eye for quality, look no further than Blessed Electric and Air. We have the most highly trained, industry certified technicians with years of experience working for both commercial and residential clients. All of our electricians and A/C techs possess years of on the job experience. Not only that, they're also industry certified and committed to keeping up with the latest advances in the field. You can rest easy, because your electrical, A/C or heating job will be in the best and most skilled hands that it can be. No need to stress, call Blessed!!! Additional email: jeff.robertson6009@gmail.com.  …

We specialize in electrical services, repairs, installs, lighting, panel upgrades, ceiling fans, and more! We guarantee your satisfaction, and we won’t leave until the job is done right. We pride ourselves on the quality work we provide, while delivering great customer service! Check out all the services we offer below and call -or- click to schedule a free estimate today!  …

King Custom Pools is currently rated 4 overall out of 5.

No, King Custom Pools does not offer eco-friendly accreditations.

No, King Custom Pools does not offer a senior discount.