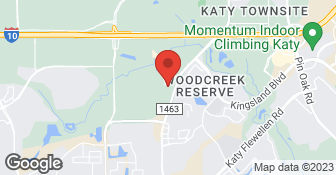 Summary: The lady that runs the office operation is nice, professional, & very helpful, but her hands seem to be tied by the owner(s). The construction crew did just OK. Otherwise, it's run by highly unprofessional, unethical business owner(s), and once they get your business they seem not to care one bit about good service. I do not recommend this company. At. All. Terrible communication, they changed the price, and gave me a crock of a story as to why the price was 16% higher than what it should have been AFTER the job was done. Full Story: I hired Pattern Pro to do a patio with plain grey concrete, light broom finish. Mike came out to quote and was nice & easy to deal with. Gave me a price for what i was wanting and i explained to him that i wasn't 100% sure on everything as far as layout because i still had to get approval from HOA. He indicated that was fine, that he would just charge $X per square foot based on whatever the size of the patio ended up being. I eventually sign a contract for the quote based on the original size. Estimated start date was about 6weeks out. No problem. A couple weeks before, i checked with them to see what the schedule was looking like. Still a month out. Then about 10 days later they call and say "hey an opening popped up and we can do the work in the morning". I agreed and mentioned to the office manager that the project size was slightly different. Despite my asking, no communication on approximate time they'd show up. Construction crew shows up next morning, and eventually Mike shows up. I mention the slight size change downward and he had not gotten the message. We talk over a couple changes and he came across irritated, rushed, rude. He laid out some lines by string & paint by eyeball (no squaring), rudely asked for deposit, then left. Never saw him again. All communication was routed thru the office manager & she relayed between me and Mike - who seemed not to respond to her either. His crew mostly didn't seem to speak much English so i had zero clue as to what was going on and my questions - like do i need to cap the sprinkler lines or will you; about what time will the crew be here; etc - went unanswered. For all i know the crew would have poured cement over the sprinkler heads if i hadn't capped them at the last minute. It's hard to find good finishers that can do quality work on gray slab. The quality of the work was OK. Pretty good in a couple areas, very mediocre and sloppy in others. With the tools the crew used, I'm actually surprised they did that well. I wasn't completely satisfied, but it was good enough b/c we were going to stain the patio. After the job was done, 2 weeks went by and i had to call them to remind them to come and remove the forms from the slab. They said they'd show up on Friday or Saturday. They showed up Tuesday. Then I eventually asked about the price based on the updated square footage - which was slightly smaller by 72sqft. They said i owed the price for the original square footage and gave me some story about material being higher for the smaller job. I'm well-versed in projects like this so i called BS on the magnitude of the higher amount. I know the math. I did the math. Mike offered to meet with me. I declined because 1) I don't have time for this 2) the slab is already poured and unchangeable 3) just tell me if you're sticking to the unethical price or if you're going to do the right thing... we don't need an in-person meeting for you to come & try to convince me of why the price is higher. I never heard back. I sent a check for the higher amount because that's how i do business. Now i can say with a clean conscience to everyone that Pattern Pro is not worth your money. It was a poor customer experience. I've literally formed & poured hundreds of patios, driveways, house slabs, etc, in my younger years as part of the family trade. I hired Pattern Pro because i don't have the tools anymore & I just wanted the job done. Pattern Pro made me deeply regret that decision!!!!

Description of Work
The service was excellent.The owner and the work crew were professional, courteous,and customer focused.They paid attention to detail which resulted in a beautiful finished product. |I was very pleased with this company and would use them again.

This review has been updated - work is pending.

Description of Work
Work is pending

I made an appointment for 5:30 and rushed home to meet the guy. He called and said he was tied up on a job and would send someone else, but they would be a hour late. I said ok and he finally showed up at 7. He seemed nice and gave me an estimate, but he had not brought any sample pictures of the designs and said he would email them to me the next day. Two days later, I had heard nothing, so I emailed him from the business card he had left and he said his computer had been down and he would send them that day. Nothing received by the next day, so I texted and he sent a few pics via text. I forwarded them to my email, which he had written down but didn't use, so I could show my wife bigger photos and we picked out a design, but had a few questions - when could the work be done, how long before we could drive on it, etc. I emailed our selection and questions and a week later had heard nothing. I again contacted him via email and he said he would get back to me with a contract the next day, but didn't answer the questions. Two days later, I had still heard nothing and contacted him via email and explained that various other projects were on hold pending this project, so would like to get it done. He said he would get with me the next day and AGAIN failed to do so. Soooooo...... 3 weeks later I am starting over. I guess this company has more work than they can handle? But literally, nothing was done right from the beginning.

Description of Work
Was to do patterned concrete in driveway

Description of Work
Stamp concret my outside |Very happy with there work.

Was a little pricey, I felt. Michael Haisten, owner was very accommodating and eager to please when corrections requested. Beautiful job done that has significantly improved the appearance of my home. Will recommend this Company to others.

Description of Work
I have been using Pattern Pro Concrete. They did just concrete for my back patio.

Family owned and operated excavation and concrete company with35 years experience. We own all or own equipment and are fully insured. Plenty of references for work that has been completed. Employees are OSHA certified operators.  …

Home Expert Exterior mission is to be a provider that brings back the personal touch with our customers. We provide a wide range of Home Remodeling and Exterior Repair services. You name it, we do it! You will feel confident when you choose us for your next project. When you hire us, you're hiring a team of professionals who are trained and skilled to deliver lasting value to your home. As a locally owned and operated business we feel invested in our clients and constantly strive for customer satisfaction. We won't leave until you are satisfied! Call or click to schedule an estimate today  …

Bonded
Insured
All statements concerning insurance, licenses, and bonds are informational only, and are self-reported. Since insurance, licenses and bonds can expire and can be cancelled, homeowners should always check such information for themselves.To find more licensing information for your state, visit our Find Licensing Requirements page.
General Information
Free Estimates
Ask for details
Eco-Friendly Accreditations
Yes
Payment Options
Check
Senior Discount
No
Warranties
Ask for details

Pattern Pro Concrete is currently rated 4.3 overall out of 5.

No, Pattern Pro Concrete does not offer free project estimates.

No, Pattern Pro Concrete does not offer a senior discount.

No, Pattern Pro Concrete does not offer warranties.