Tree Service
Landscaping
Mulch and Topsoil
Hauling
Roof Cleaning
Holiday Decorating
Leaf Removal
Lawn Fertilization & Treatment
Licensing
Insured
All statements concerning insurance, licenses, and bonds are informational only, and are self-reported. Since insurance, licenses and bonds can expire and can be cancelled, homeowners should always check such information for themselves. To find more licensing information for your state, visit our Find Licensing Requirements page.
Business Details 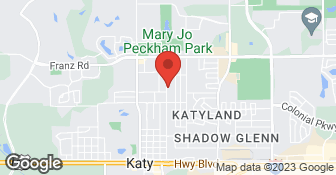 Established tree service offering hands on service. We run a small professional crew which is always owner supervised. Owner climbs and cuts with crew and inspects all jobs for quality and industry standards....

You don't know when it's going to rain. But you can know if your roofing or gutters are up to the task of protecting your home from the elements. All you need to do is call Berger Home Services. Why choose us? We've made a name for ourselves as top-performing gutter and roofing professionals. Gutter cleaning, installation and repairs, roofing repairs and re-roofing. When it comes to the protection of your home, Berger Home Services is up to the task. Our skilled and experienced team will provide you with the assistance you need to keep your home's defense against rain and standing water strong. We offer free estimates and consultations for all of our work. This is just a way for us to give you great value up front on our services. So if you’re looking to retire your old, worn-out gutters or upgrade to the latest in roofing technology, give us a call!

We remove junk and old furniture from your property at the most affordable price in Houston and its surrounding areas. We are careful not to damage your property as we work. We offer same day service, and we go far and beyond to assure customer satisfaction.

We have the experience and dedication to bring your dreams to reality! Specializing in Junk Removal & Hauling Services, we guarantee your satisfaction, and we won’t leave until the job is done right. We pride ourselves on the quality work we provide, while delivering great customer service! Call or click to schedule a free estimate today!

Byron made scheduling the service as easy as possible. Didn't need to be there and he called when done and to arrange for payment.

All went well. I was pleased.

DESCRIPTION OF WORK
3 tress taken down and stumps ground.

I won't go to anyone but Byron for service on my trees. Byron removed two large fan palms and two old queen palms, trimmed two oak trees and a loquat. Price was more than reasonable. Byron, the owner, was on site for the entire job, overseeing and pitching in to get the job done quickly. Byron even made a return visit a month or so later to prune my loquat after fruiting so I could enjoy the fruit...

DESCRIPTION OF WORK
I had bushes and trees along the side yard and in the front trimmed. I also had 2 medium size trees removed and a dead bush removed.