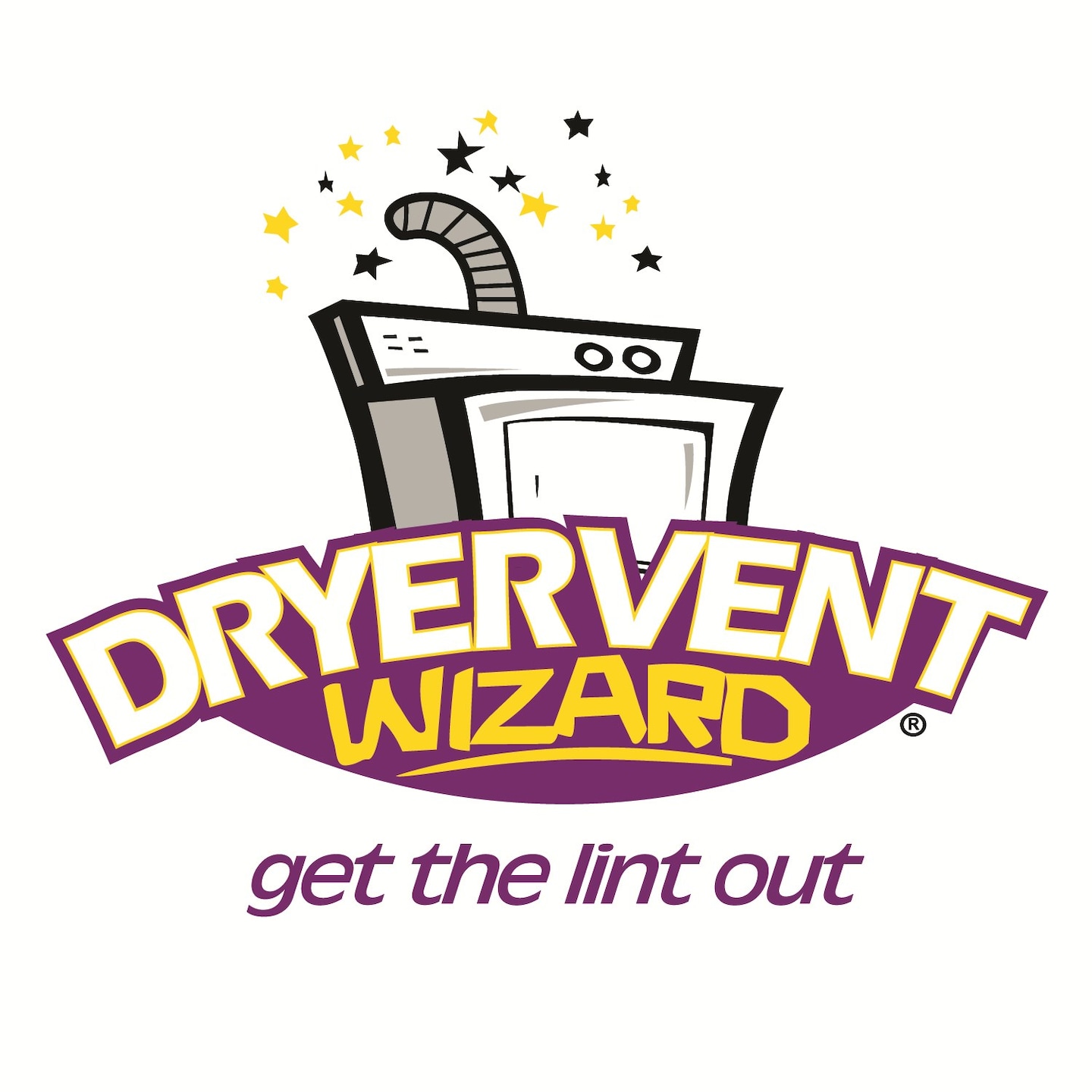 Homeowners with clogged dryer vents typically experience longer drying cycles resulting in $18-$24 more per month in energy costs. Additionally, over 15,000 dryer fires occur each year, with failure to clean being the leading factor. The trained professionals at Dryer Vent Wizard specialize in cleaning, repairing, altering and installing dryer vent lines. It’s all we do, so we have the right knowledge, tools and techniques to do the job right. An informed decision is the best decision… download our Dryer Fire Warning Signs brochure (PDF below). Additional phone: 972-822-205

My 10 year old dryer had almost stopped working. Appliance repairman said the dryer was fine but the vent was clogged (it hadn't been cleaned in the 20 years I have lived in my house.). He recommended Dryer Vent Wizard. Charles came the next day, arrived promptly, and thoroughly explained what needed to be done and estimated cost. My dryer exhausts through a pipe going through the attic and out to the roof, so it was more involved that a through the wall vent. After he was finished, the dryer worked like new. Super professional guy, will use again for rental property. Price was fair considering my system required going in the attic and on the roof as well to check the exit route. I was going to buy a new dryer, but would have wasted my money because the vent system was the problem, noy my dryer.

They're great, professional, on time, and I would recommend them.

Description of Work
They analyze the blockage.

Professional, on time and friendly. Took the time to walk me through repair options. Would recommend. And will use again

Called the day before service and Charles gave me a price I asked him why his price was higher than all the others. He explained to me all that he does that’s more than the others do. I went ahead and went with him. He seemed to give me attitude when I told him I didn’t want the new vent for an additional $250. He cleaned the vent then got on the roof for a couple minutes and checked the vent. He asked me to read him the card number to charge me. When he gave me the receipt it was $14 over what he had quoted me. I questioned it so he told me he would refund it back to the card. He only refunded part of it. I didn’t notice before he left or I would have questioned this but part of what he claimed was part of the cleaning was going in the attic and checking the vent. He never even opened my attic door.

The service was great, professional and would hire again.

Very well. Charles did a good job of explaining the work to be done, then the results. In particular, he noted a couple of items regarding the vent pipe installation that were not as they should be, but were workable, and provided several telltale signs of potential problems to be on the lookout for. He also made specific recommendations regarding follow-up cleaning activities and associated intervals based on our family size and dryer usage.

I bought a new place, and a brand new, state of the art washer and dryer from Lowes. I'd read about the dangers of cheap dryer vent hoses, so I bought a more expensive, all metal vent hose, but when the machines were delivered, Lowes had included the cheap flexible hose they usually install. When I protested, the installation guys (who were very nice guys) said it was what they always use, and they gave me a credit for the difference and installed the cheap hose, which was all they had on the truck. However, in less than a week I began getting a "flow sense error" message when I ran the dryer. I Googled that and learned it meant the dryer was not properly vented, so I Googled how to resolve that issue and found Dryer Vent Wizard. There were NO negative reviews, and after having Charles come out and troubleshoot the problem, I can see why. He was terrific! My dryer is not on an outside wall, which means the vent runs through my house, so he started by checking out the exterior vent. He told me the code has changed, which means if a new vent were installed today, it would be a slightly different one, but he also said there was no danger from the vent I have and therefore no need to spend the money to change it out at this time. He said it was definitely necessary to replace the flexible hose installed by Lowes with an all metal product, after which he would test the airflow to see if the vent needed to be cleaned, and if it did, that would be an additional charge. He provided specifics on what it would cost every step of the way. He pointed out a mysterious soffit in the ceiling in the corner of the laundry area and said he would guess the vent does a couple of turns inside that soffit, but there was no way to check that without going through the sheetrock. After replacing the cheap flexible hose installed by Lowe's, the airflow was still blocked, so I told him to go ahead and clean the vent. He did that from both ends, and it took a while, but after he did that my airflow was decent. Not 100%, but good enough for my dryer to run safely and efficiently. I paid a total of $252, including a $39 trip charge, and to me it was worth every penny. He was also very tidy. He wore shoe covers to protect my floors, and blew the debris off the patio after working out there. I'll have him come back in 2 years to clean the dryer vent again. I highly recommend this company.

It went as well as it could go. He arrived ontime, recommended service, gave me a quote, and did the work. He worked in about 2 hours. The dryer vent was almost 2.5 stories up and he fixed it no problems!

Description of Work
I needed them to remove a screen that was collecting lint covering the exit dryer vent and replace it with a vermit proof vent. They also vacuumed out the vent and checked the dryer.

The work was done efficiently and professionally. I was a bit surprised at how costly it was as we had had some repair done about 18 months prior. The former work was shoddy, and because of this, additional AND CORRECTLY DONE repair/replacement/installation was more expensive - but definitely worth it.

Charles was very professional. He was on time, gave me a quote and explained what needed to be done. He finished the work very quickly.

Description of Work
I need the dryer vent rerouted through the roof and then cleaned.

We moved in this house and found it took forever to dry the clothing. We called the other company with more positive review on Angie's list to clean the vent and were told that the pipe was disconnected behind the dry wall. I called several places and no one is willing to give a try. Finally, I found Charles on Angie's list. He showed up on time, and run the diagnostic test of the entire system thoroughly and finally identified the problem. He fixed the problem and cleaned the whole system. He was very professional and cleaned all the dirt afterwards. We are so excited that we can use the dryer again. I would definitely recommend Charles to my friends in the future.

Charles Espinoza did an outstanding job. Identified a real problem requiring immediate resolution. Fixed it quickly at the quoted price and saved us from a potential house fire... highly recommend

Beautifully. There were two gentlemen, and they could not have been nicer. They quickly identified the problem with my dryer and ended up actually doing more than just addressing that one issue.

Description of Work
Dryer was not "drying," but I didn't know why, so when they came to my home, they first had to identify what the problem was before they could fix it.

On time. Quick, clean service. Cost more than expected because of new parts. Also, charged diagnostic fee even though work was performed. Most people waive that fee if work is done.

SOLUTION: I called Dryer Vent Wizard. Charles Espinoza serviced our dryer, took the time to listen to my concerns and found the root problems for what we were experiencing. There was mush and water in the dryer line and the external hose protruded from the house at least a foot. Charles took the time to explain the issues, show me the problems and the solution to it all. The previous company had bent the exit line in order to shove it into the opening and it would only go so far into the line. Charles drilled through the brick to properly attached the hose using quality parts. He wasn't in a rush, he took the time necessary to do the job. He then cleaned the wet dripping goo out of the vent line. He made sure the dryer was gonna dry and Cleaned up the area in and around the laundry closet beautifully. My new dryer then worked with no alerts!! SMILES! I couldn't be happier with the service provided and the results! CALL Dryer Vent Wizard FIRST!! I would have saved money and got it done right the first time if I had called them first. Highly Recommend!

Description of Work
PROBLEM: Our Dryer Vent needed help as it leaked damp air into the laundry closet AFTER being totally cleaned and attachments for inside and outside the house had been replaced in late 2014 by another company. AND, because the BRAND NEW dryer would only ALERT that something wasn't right with the venting. Ugh.

The service was as expected. They were fine at explaining after they were done.

Description of Work
They did dryer vent cleaning.

Great job. Tech was courteous and on time. He was knowledgeable.

The only thing that prevented this from being a perfect visit was he forgot to plug the washer back in to the wall outlet.

Everything went great. I have a 55 year old house and the dryer vent was undersized and heavily clogged. He removed the old vent and installed a new one using the same opening in the roof. He also did a great job of installing a new roof cap and sealing around it, I'd use his services again.

$39 service fee for traveling to my home. Another fee was hose. And charged another fee approximately $145 for cleaning vent. I was not expecting this service to be expensive. It took about 2 hours. He mentioned there was lint in trap of dryer and that was it. Was not expecting to pay this kind of money to clean out my dryer but felt pressured to get service done since I was already paying a travel fee. Then I purchased an expensive hose. Then tried to sell a maintenance plan. I do not feel comfortable recommending their company. Prices to vague and no one else mentioned a trip charge fee in their review. And my dryer is only performing about 25% better. Still having to dry clothes twice. Not worth the $224 I paid.

Very well, Charles Espinoza was outstanding. Communication throughout the process was great, he was on time, understood my problem, provided a number of solutions, and went with the solution that was best for me at this time. I need to replace my dryer roof vent cap in the future and will definitely use Charles.