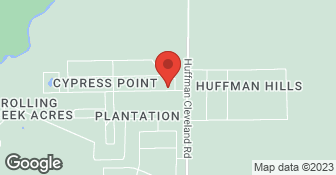 I hired Don Martin to have an outdoor kitchen installed/replaced. He convinced me that I should scrap the first one and have a new one installed due to code guidelines. I initially just wanted new granite and a new grill installed. My existing outdoor kitchen looked better than the new one I had installed and paid $15,500. I’m absolutely disappointed with the workmen-ship that I received. They used three different grout/mortar colors and the mortar/grout covered much of the stone. The grout/mortar line isn’t neat and smooth. I did question this issue before I paid this contractor in full and he told me I would need to rinse the grout off the following day with a household brush and Dawn soap. I did this 24 hours later and the grout/mortar didn’t “rinse off” as promised. The stone black splash is covered with so much grout/mortar that the color of the stone can’t be seen. I attempted to contact this contractor to make things right as my project was finished on 2/28/22. They came out twice and spent 15-20 minutes at my home. The first time they came out they removed the grout/mortar off of one stone and placed the grout/mortar where the cocking should of been (between the wall of my home and granite) and within 2 days the grout/mortar cracked. This contractor is unreliable as I’ve been trying for weeks to get him to fix this issue. The contractor and I agreed on 4/14/22 that he would come out and fix the issue. I waited all day for him to arrive and at 2:30 I called him and asked if he still planned on coming and he told me that he had other jobs and that he wasn’t coming. I reminded him that he sent me a text at 10:43 am stating he was on his way and he denied the conversation. He rescheduled for today (arrived 1.5 hours late) and spent 15 minutes at my home. He applied cocking and removed the mortar/grout from the column. He didn’t bother to fix the 3 grout colors as promised, sloppy grout/mortar lines and to take the mortar off of the remaining stones. Now I’m going to have to hire a masonry repair company to repair the work that he failed to do.

I would highly recommend Don for any home repair job as he knows how to do just about anything. He showed up on time and did exactly what he said he would do. He treated our home with respect and cleaned up before he left for the day. He never asked for money up front; he paid for materials out of his pocket and we never got an invoice till he completed the job. He presented his invoice along with all receipts proving his purchases. What more could anyone want? In the coming months we intend on using Don for more projects around the house. If you're looking for a good contractor Don is the guy.

Description of Work
Don installed French doors where a window was located then added a window where a door used to be; he also installed a dog door thought our wall into our backyard.

Was a pleasure to deal with and performed all work as described.

Description of Work
Repaired brick between garage doors and in front entryway.

It was a very good company. They did excellent work. The price and quality was excellent.

Description of Work
AAA Masonry & Home Remodeling did some repairs for us.

Resto Medic provides 24/7 emergency restoration and mitigation services in the wake of a water loss, flood, sewer, fire, mold, and other disasters. We pride ourselves on excellent service with rapid response times. With licensed adjusters on staff to assist with your claims, we provide a comprehensive solution to the entire material damage process. Locally owned and operated in Tomball Texas, Resto Medic offers a 10% discount to all military, first responders, and teachers.  …

AAA Masonry & Home Remodeling is currently rated 4 overall out of 5.

No, AAA Masonry & Home Remodeling does not offer eco-friendly accreditations.

No, AAA Masonry & Home Remodeling does not offer a senior discount.